This year of course the patchwork challenge was pretty much all we could do a for a large part of the year. The official website put the challenge on hold when we went into lockdown in March as not everyone's patches are local. Mine of course is local so I was able to keep up with it somewhat though I couldn't visit the Woods for some time during lockdown.

I managed to get 48 birds though, which is down on last year but not bad considering I did a lot of birding from the garden!

When I did start back at work in June, the deserted streets meant I picked up the sound of Skylarks singing in the farm fields for the first time as I walked to work, i'm not sure if they've always been there and i've just not heard them because of all the traffic before?! It took almost 9 months to see a Nuthatch on the patch, they disappeared from the woods early in the year and I finally saw one in September, but have discovered they are also in Dartmouth Park, i've seen them there a few times now. I've also realised i've not seen a Jay since 2018, usually there was a couple in the woods and the odd one around work but nothing.

After spotting a Chiffchaff nest near the woods in June I then saw young flying around the woods not long after presumably from the same nest but there may have been another of course, they are usually pretty well hidden. The birds in general seem to have done well during the breeding season, I think the lack of people made a difference and I saw plenty of young birds from our regular species.

Away from the birds we had the busiest year yet with up to 6 Hedgehogs in the garden, with our first youngsters - 2 of them, I spent a lot of evenings watching them. The bats seemed to disappear for most of the summer, though we did see them over the yard opposite a few times and a couple of late appearances on warm days in November. A Frog was a new garden record i'm hoping that's a sign of more to come?

There was the first snow of winter on Tuesday morning and I went out for a walk and to see if I could maybe add a Fieldfare to the list before the end of the year - I didn't but did see plenty of Redwing, which until the past week or so had been few and far between. One did briefly land in our Laburnum on Christmas Eve. 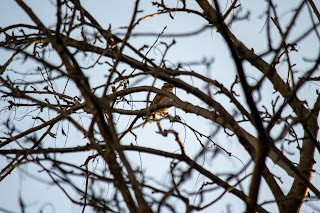 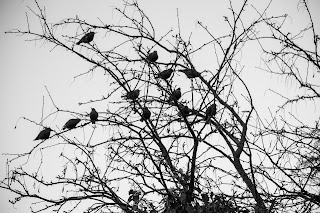 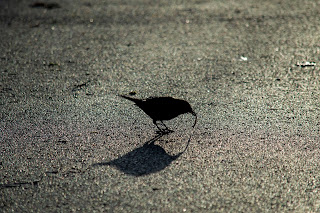 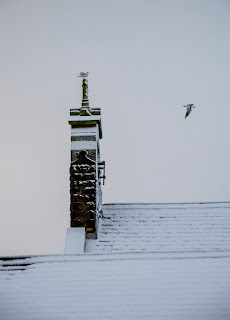 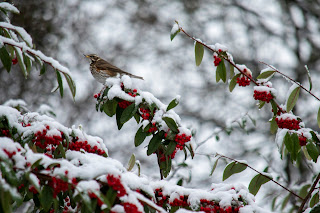 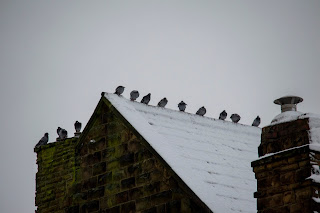 We'll see what happens in the coming weeks as to how things will pan out for birding for 2021! In the meantime a Happy New Year to all.
Posted by Pam at 10:48