I've finally been plagued by the new blogger glitches so this post has taken a little longer than planned as I ended up having to start is from scratch! Hopefully by the time I next post blogger will have sorted itself out!
A couple of weekends ago we went for a walk around Post Hill woods, it's actually not too far from home but we have always driven past on our way elsewhere before so had never been. It's actually not too far from the Farnley Balancing Reservoir and although has a fairly new housing estate along side part of it, it's isolated enough you could imagine you're out in the middle of nowhere.
My husband visited about 35 years ago when they were still doing motorcycle climb events at is has one of the steepest hill climbs in the world (not sure if that's still a valid claim these days!). It had changed a huge amount since then, he couldn't figure out where the steep hill was and ended up asking a dog walker. She was quite helpful and pointed us in the right direction and also said about how the area had changed in the 30 years she had been walking there, the main part of the woods we were in barely existed back then and she told us how most of the trees has self seeded over the years. A really good example of how nature works if left alone.
It was very autumnal, lots of acorns everywhere and lot's of yellows in the trees. 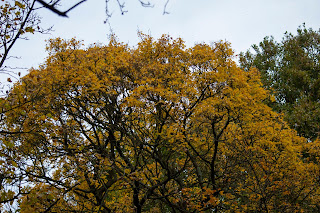 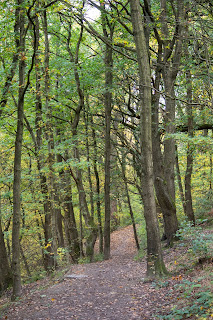 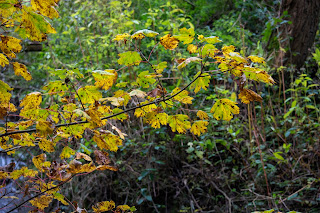 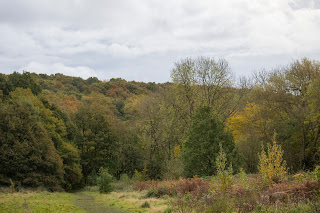 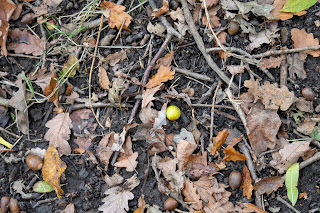 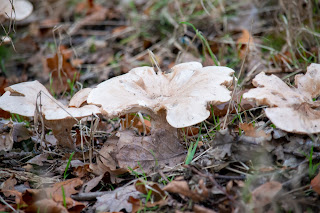 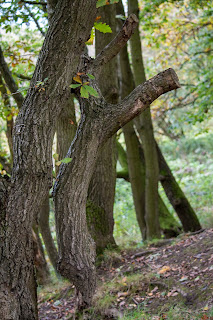 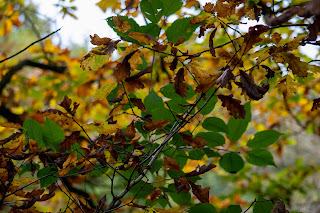 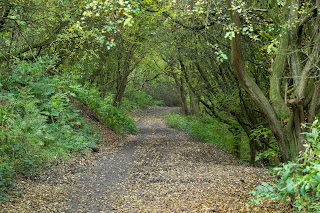 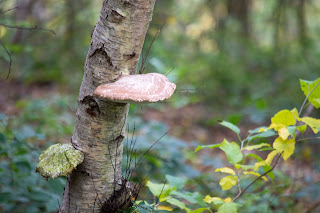 There's always someone who has to make a mess! 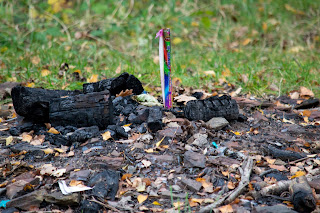 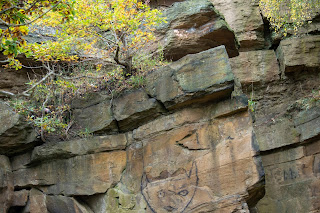 The view from the top of the hill climb, we did not climb up or down it but took the longer less steep ways round! 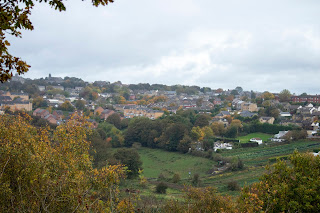 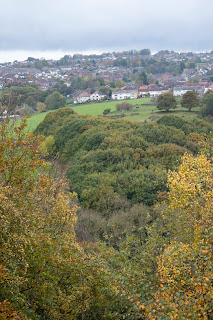 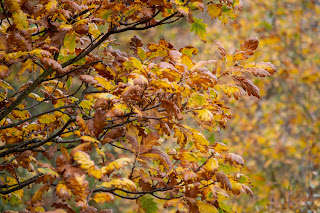 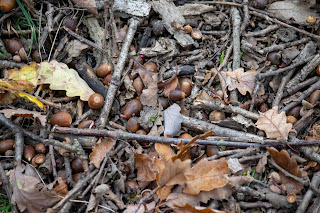 My husband had this Buzzard fly up in front of him, I was on a lower path so only caught a glimpse as I caught up with him. It flew off and a noisy Jay flew in. As was the norm today the birds I saw refused to pose for photos, very inconsiderate! We did see all the usual woodland birds - Tits, Nuthatch, Goldcrest, Woodpigeons, we heard a Great Spotted Woodpecker drumming. 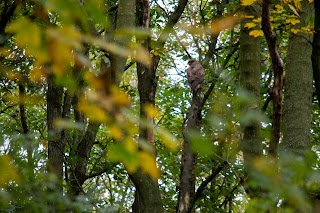 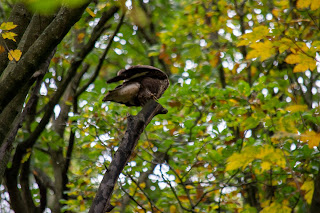 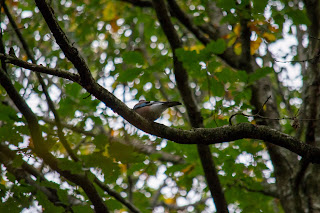 Pudsey beck runs along the bottom of the woods I saw a Gray Wagtail - possibly two in the water, with Wren feeding along the edge too. 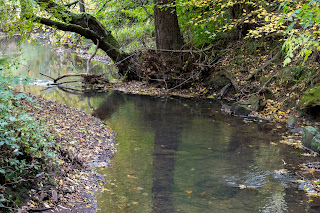 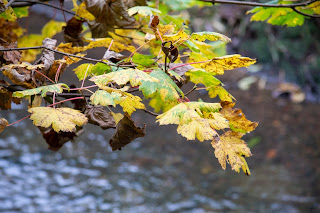 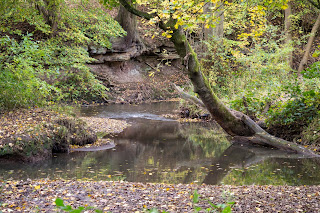 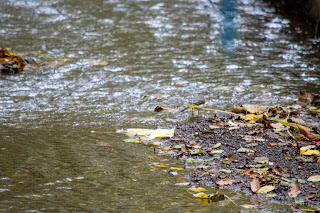 We were there a couple of hours but we didn't explore the whole area so we'll be back!
Posted by Pam at 15:58