We had a couple of hours at S Aidan's last weekend, luckily we were able to pick a time when it wasn't raining - a rare thing a the moment! I'm still busy with work, which is just exhausting plus fighting a cold so we weren't out as long as i'd hoped but I was glad of the fresh air! 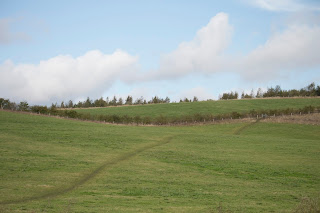 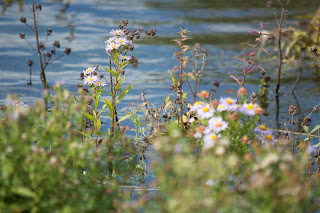 It turned out to be quite a nice day and got warmer as we walked. We even spotted this fresh looking Painted Lady by one of the lakes. 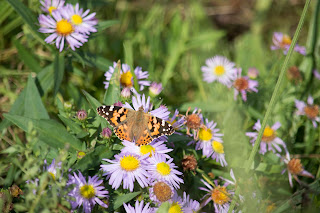 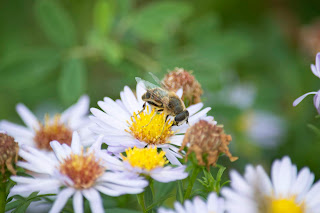 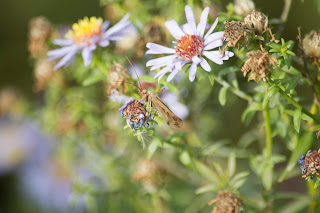 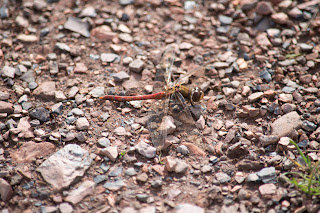 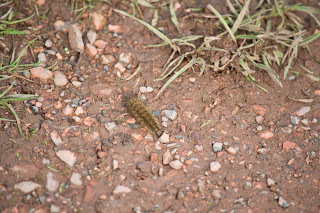 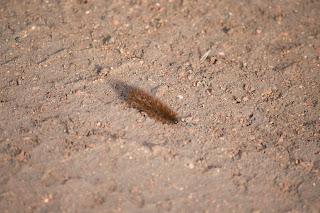 Quite a few Starlings were flying over the hillside, smaller groups kept joining up and then breaking away again, every now and then they'd land but not for long. 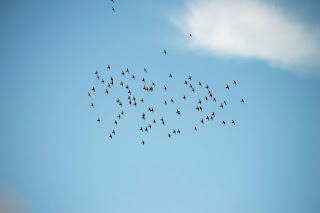 Lots of noisy Greylag and Canada Geese too and 5 Red-legged Partridge on the same hillside, too far for a photo though. 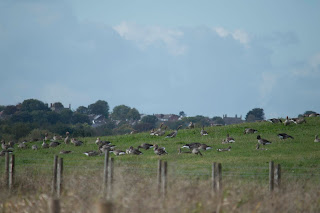 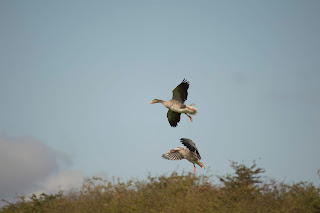 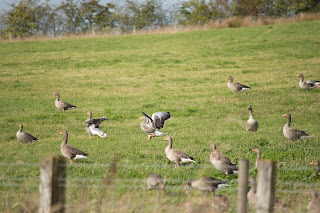 This Whooper Swan was preening itself in the sun, I found out it's a resident due to having something wrong with it's wings, it can fly but not far, there are worse places it could stay though......... 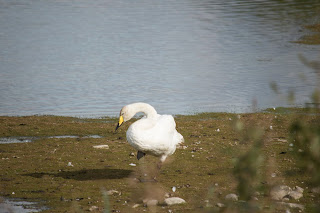 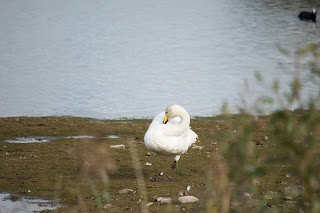 We were just commenting on the lack of Gulls when all of a sudden they came flying in from all directions, landing on the water and the fences. 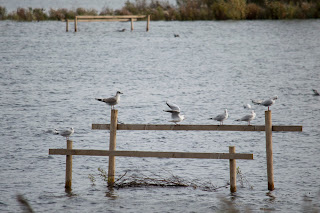 The Causeway was flooded, not that it bothered some, we watched one guy take off his shoes & socks, roll up his trousers and wade across! 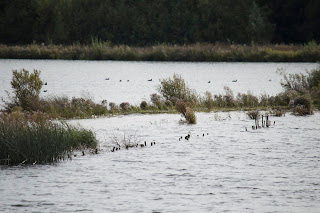 We saw a few Linnets and Stonechat, Lapwing, Kestrels, Buzzard and lots of Shovelers amongst others. A good afternoon. 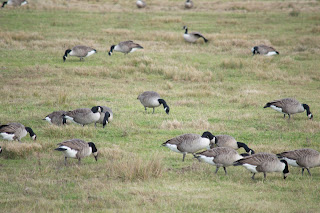