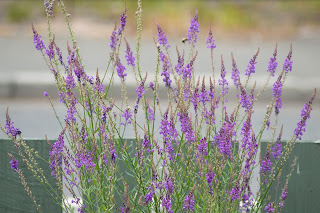 My garden has been quite a joy recently with one thing or another. It's buzzing with bees on the Lavender and Buddleia. A few self seeded plants have brought in the bees too including this wonderful purple one, I haven't been able find out what it is yet, there's some in a nearby car park so I guess it's come from there. 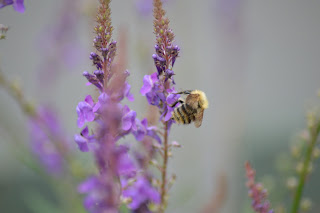 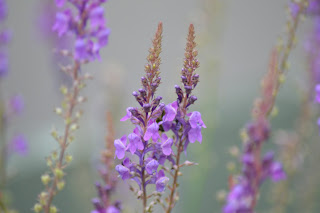 I left part of the flower bed by the path pretty much to itself and the Ragwort that's now growing there is full of Cinnabar Moth Caterpillars. 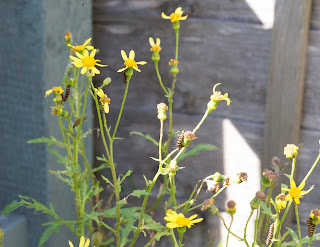 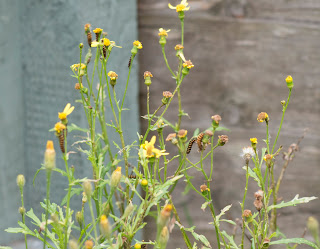 My St John's Wort that appeared last year is almost taking over the Mint planter, but I love how it looks so it's staying. We planted a couple of new Buddleia this year, they're still quite small but in full flower now. The Foxgloves though are now almost flowerless. 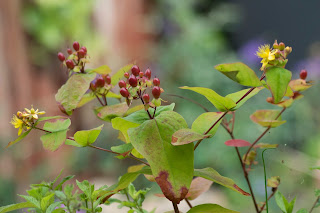 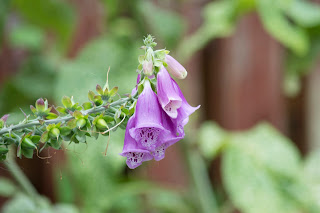 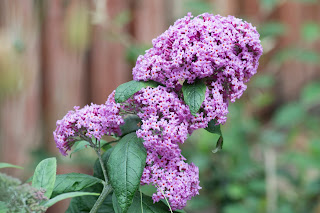 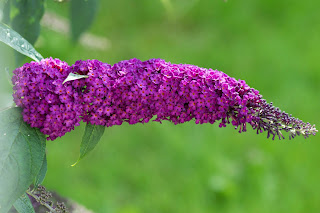 I came home on Sunday to find my first ever Small Skipper in the garden, again loving the Lavender, it's an immensely popular plant (we just planted more in the back garden!). There's often Comma's flying around too though they rarely settle for long. 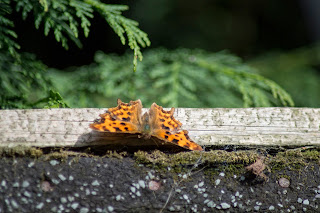 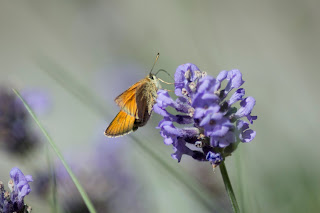 The pond has tiny snails in it now, we still need to do some work around it yet though. 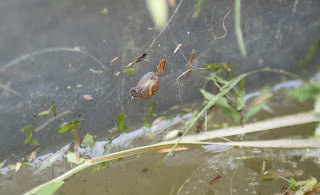 My daughter found this Ruby-tailed Wasp in our hallway, beautiful colours but it was an ex wasp when it was found! I've never seen one before. 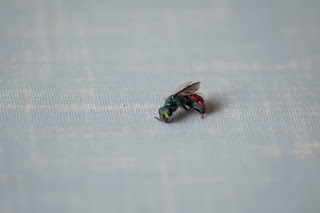 Every evening just after dark the Fox comes in the garden and cleans up around the feeder, a Squirrel comes and cleans out the peanuts every now and again and we get one or two Bats flying around the garden at dusk. 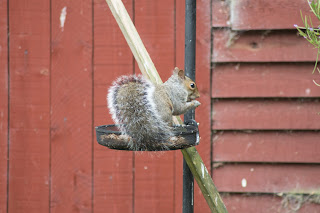 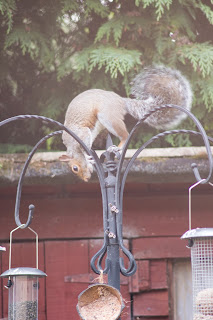 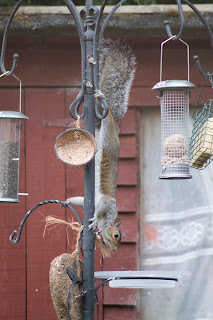 The Sparrows are constant visitors still, they love the feeders we've put up by the front door and spend a lot of time in the bird bath. 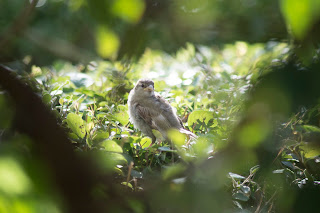 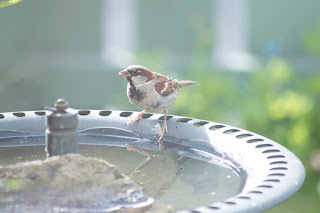 Starlings fill the feeders in the back garden along with Collared Doves and Woodpigeons. There's been the odd visits from Blue, Great and Coal Tits, Wren, Magpies, Goldfinch and this past couple of days Blackbird and Dunnock for the first time in a while. 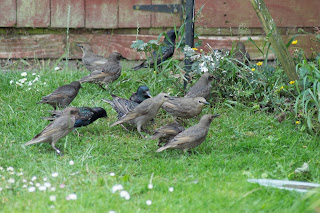 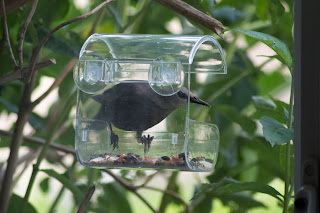 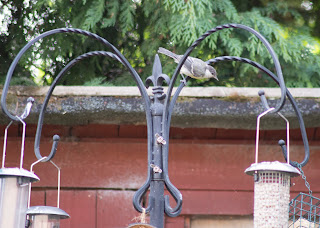 We've also had some amazing sightings, purely down to the fact it's so warm we have the patio doors open and I spend a lot of time stood by them sky watching! Our local Sparrowhawk flew low through the garden right in front of me last week and landed in a distant tree before spooking all the Sparrows that reside in the Conifer at the end of the houses. 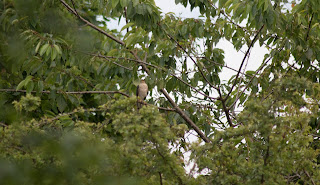 Then earlier this week a large flock of Gulls - Herring and Black Headed (that I could pick out) flew in circles over the house, this is not something I see often, usually there's maybe the odd three or four passing by. 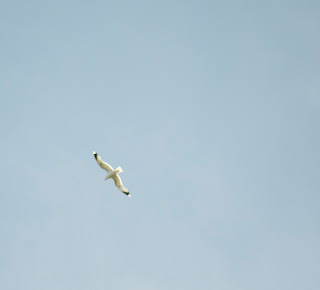 A few minutes later I was watching again, another bird flew over - a Bird of Prey but what, I got (bad) photos and checked it out with the bins, it had another bird in it's talons!! I had to check on the ID as I wasn't sure and got confirmation it was a Peregrine Falcon, a first patch tick and an amazing one!! I'm so pleased! 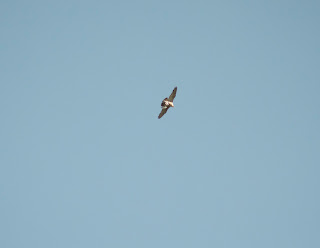 Not long after I watched another pair of Birds of Prey high up in the sky, the smaller one attacking the larger one and from we can tell possibly the Peregrine attacking the Buzzard. 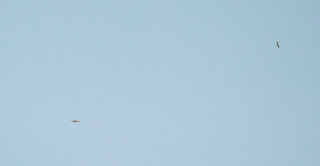 All that just from the garden!