We managed to pick the one day that the all dancing, superbly showing Bearded Tits were actually doing nothing of the sort and had clearly had enough of posing right in front of the many thousands (ish) of people that seem to have seen them recently..........basically we dipped the Beardies. You can see how well they have been showing here.

It was still freezing on Saturday, with a lot of frost and ice around it made for an interesting walk, with lovely blue water in one lake and ice on another! The weather doesn't put off the birds (apart from the Bearded Tits.....) nor did it put off a swimmer in Bowers lake brrrr!! 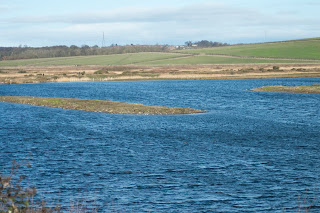 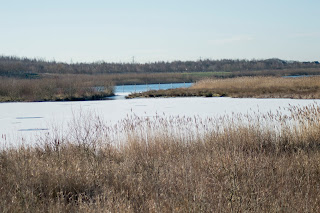 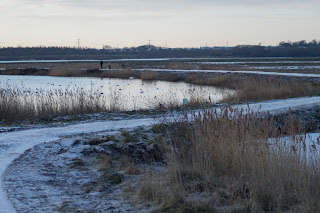 After hanging around for the Bearded Tits we decided to get moving to try and warm up a little. We walked around the edge of the reserve scanning the main lake as we went. There were lots of Gulls - Black-Headed and Herring and possibly Common but they were a little too far off to be sure. Herons, Shovelers, Shelduck, the usual ducks - Gadwall, Wigeon, Pochard..... 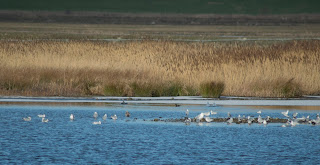 Along the path by Shan House Bridge a large flock of Siskin, Redpoll, Bullfinch, Blue and Long-tailed Tits were in the trees, they were constantly on the move but we think around 25-30 altogether, mostly Siskin. 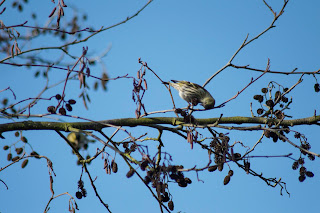 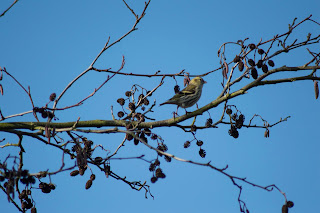 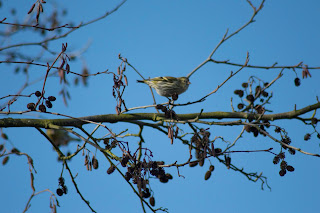 Overhead three Buzzards, were flying about, we also saw a Red Kite and a Peregrine as well during the walk. 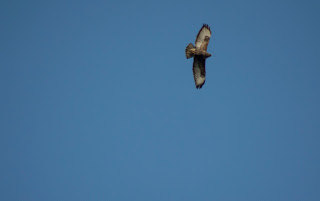 Walking down the causeway we checked out the ducks on Lemonroyd lake - more Gadwall, Wigeons, Teal, Mallards and a beautiful male Pintail just stepping out of the water onto the ice. It wondered for a minute or two and the took flight, a second joined it and they disappeared over Main lake. 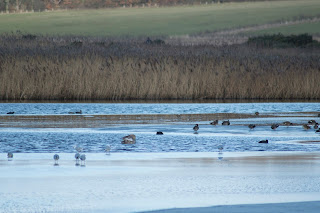 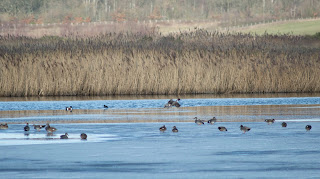 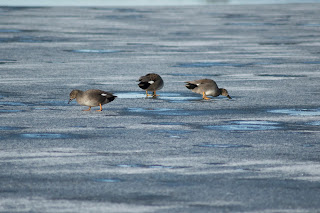 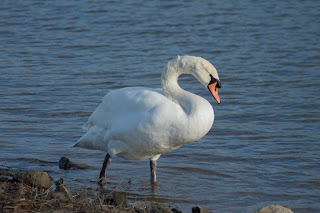 The hedges at the bottom of the hillside were filled with Fieldfares, we didn't get close, they were very flighty. 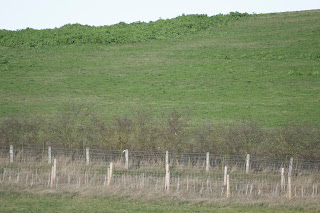 Walking back towards the dragline a male and female Stonechat flew alongside the path in front of us. We got some hot drinks at the visitors centre and ate our lunch whilst watching the birds on the feeders nearby. 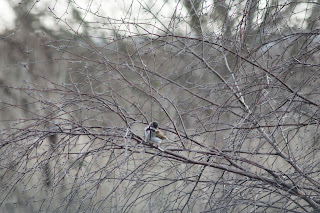 After a quick walk around Bowers to try for the Bearded Tit again (no luck) we went home to thaw out.