A Weekend of Firsts

This weekend we didn't do much but what we did was pretty fantastic!

On Saturday evening thanks to my very kind cousin we were able to watch Badgers at play - first time ever seeing them (roadkill does not count!). It meant a wait with a slightly damp numb bum but it was definitely worth it!

We were pretty much eye level with the sett and whilst we waited watched young Rabbits, a Swallow swooping around in front of us, Geese, Cormorants overhead, we heard Curlews and Lapwings.

First spot was of the back of one of the badgers as it came out of one of the holes just behind a slight ridge, a second followed and they ran across, sat down, scratched and then dived on each other and tumbled about.

It was quite a magical moment and we watched them a little while before leaving them to their fun. Talk about smiles on our faces! 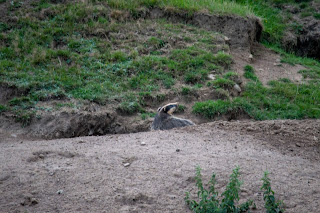 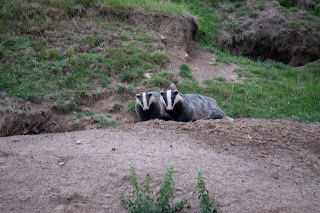 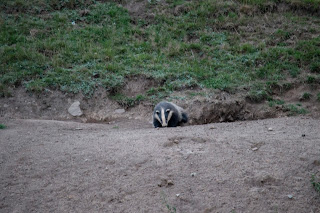 On Sunday we were up early and off to Bempton holding our breath that the current star attraction was still around and thankfully it was! A Black-browed Albatross has been hanging around the cliffs since the end of June, the third year it's been seen here and this is the longest it's stayed. It's a fair way off it's usual habitat in the Southern Hemisphere.

We headed for the spot it's been seen often - the New Roll-up viewpoint and it was far out on the sea at first. Then it started to fly around and eventually flew right over our heads! Unfortunately I forgot the golden camera rule of checking your settings and my iso was still set very high from the Badgers last night so the only shot I got was a somewhat over exposed photo of it flying away!

No saving this shot! 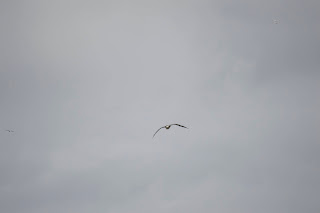 We walked up to Staple Newk and watched Gannets, Fulmars, Kittiwake chicks and distant Puffins. We were lucky enough to see the Albatross flying around again back at New Roll-up too. It's quite something to see and I never thought i'd be able to say that i'd seen an Albatross! 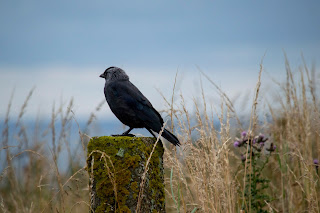 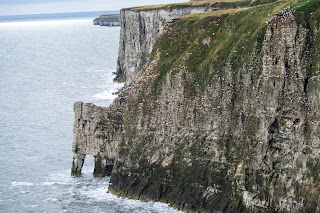 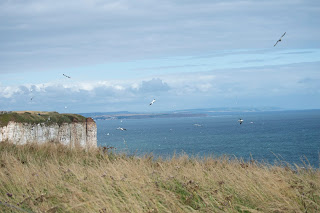 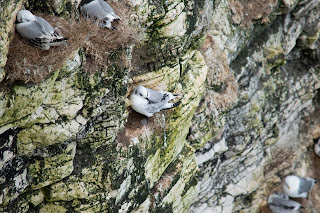 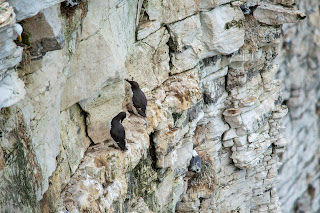 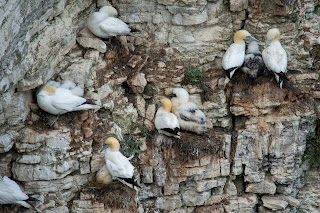 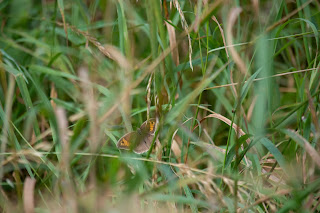 It was quite windy and I couldn't resist the Gannets in flight! 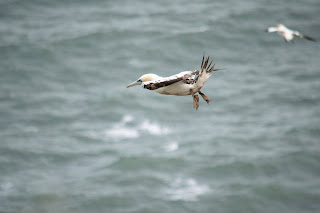 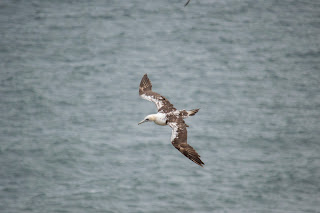 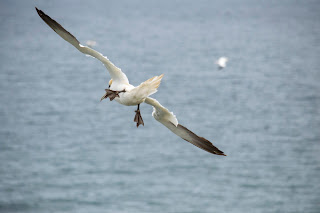 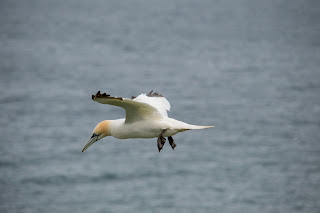 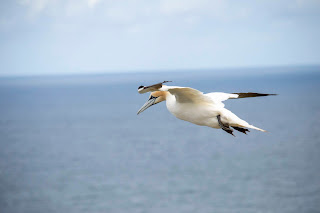 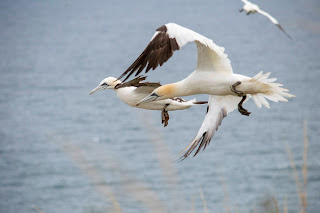 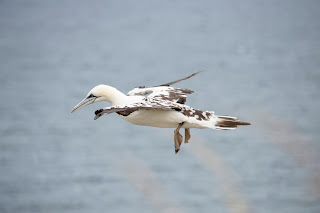