A Walk in the Park

I made the most of this mornings early sun (the last rays of summer maybe?) and took a walk in the local park, where the only people around are dog walkers and the odd jogger with it being so early. It's best to get there early especially on a Sunday when it gets busy with football and children in the play area.

It's usually full of birds and squirrels and a great place to see both Song and Mistle Thrush, of course today there were none in sight. There was plenty of Blackbirds, Wood Pigeons, Magpies, a lone Blue Tit and a few Dunnocks including a couple of juvenile ones. They were all a bit camera shy today though. 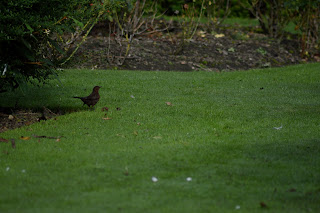 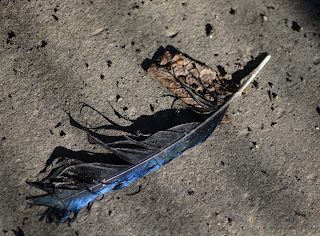 I love the blue on this feather, from a Magpie I think? 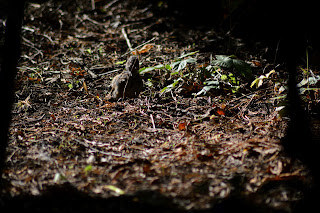 Juvenile Dunnock, I only managed a quick shot before it was off 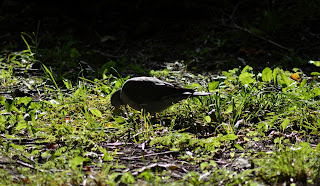 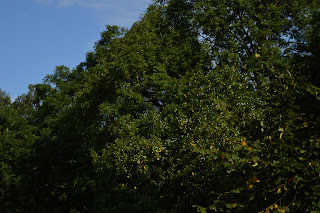 If you look close enough you can see a couple of Magpies that flew past!

This park is well looked after, in fact the local council parks depot is based here, there are flower beds that are regularly planted along with ones mostly left to their own devices. It makes for a nice combination with plenty of variation with the flora across the whole park including a nice 'secret' garden away in a corner. It means there's always something going on no matter what the season. 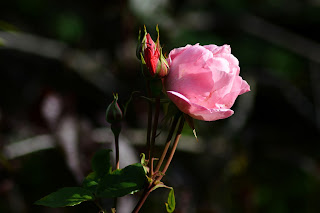 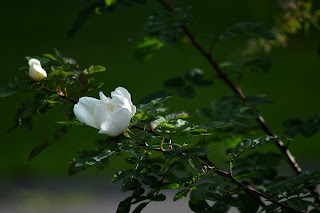 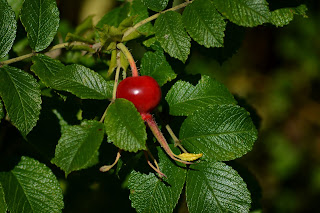 Such an array of colours 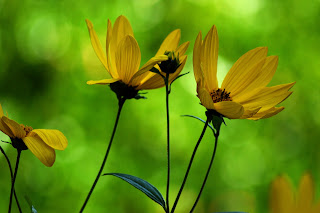 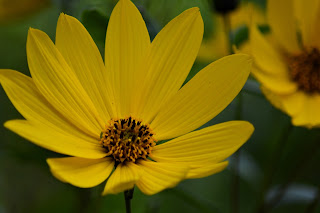 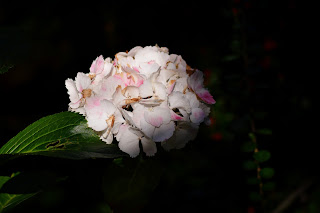 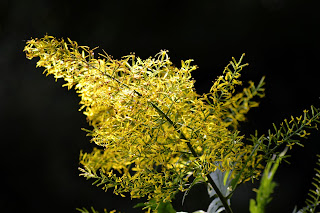 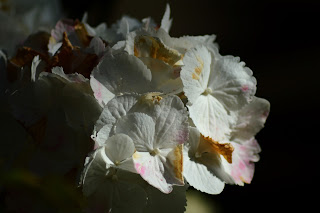 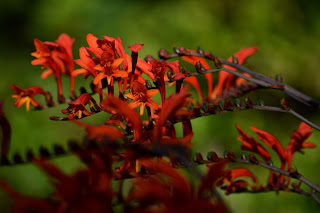 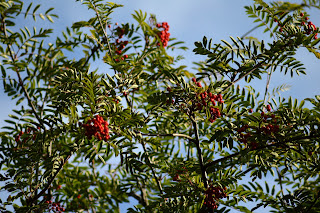 The steps to nowhere 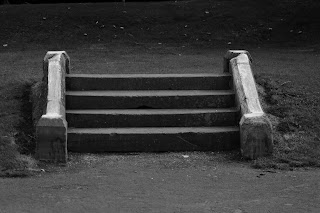