I've not had much free time recently so heading out for walks and such have been few and far between! I have got into a habit of noting things down though after 30 Days Wild, which is not a bad thing!


The garden has perked up a little bird wise, we've had Blue Tits and juvenile Great Tits on the feeder along with Woodpigeons and the odd Blackbird. The garden at the front of the house with the bird bath has been awash with Sparrows on the lawn and in the Buddleia. I can see the Magpie family from the bedroom windows either in the yard across the way or on the little road that runs down the side of the houses. The lavender is always busy with bees. 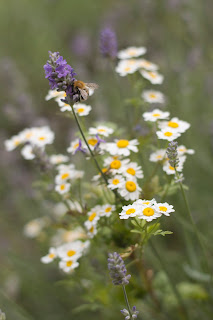 The Swifts seem to be getting noisier by the day and every evening spend a couple of hours screeching low around the house, they're a bit too fast to catch with my camera when they get so low but I caught a couple of them in the air. 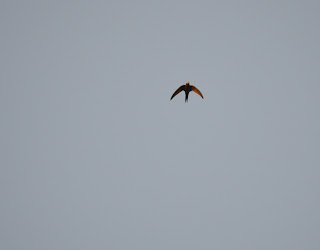 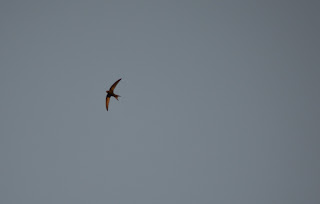 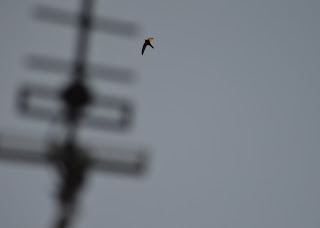 With the heat recently we've been leaving the doors and windows open till late into the night which means we've been getting a fair few moths in the house. My favourite so far has been the gorgeous Common Emerald (thanks to British Moths for the ID confirmation!) which flew into the bathroom and landed on the mirror. 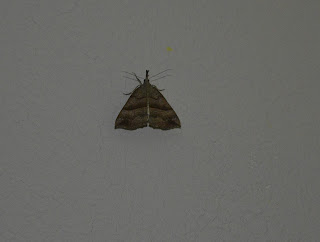 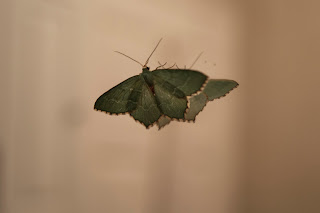 We tied the Buddleia to the side of the house last year, it's branches just brush past part of the living room window and now are just about reaching the bedroom windows too, hopefully now flowers are opening it'll prove good viewing for butterflies! Though it's going to have to be cut right back later in the year before it encroaches on the neighbours! 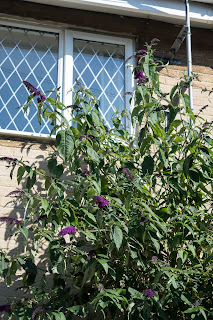 I've let some parts of the garden go a little wild and I think my favourite thing that has sprung up is this flower amongst my mint. I think it's St John's Wort? 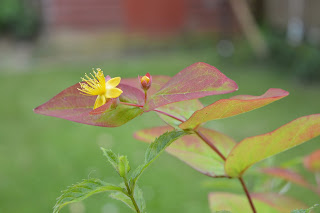 Elsewhere my climbing rose is going strong and a lone poppy has flowered by the bird feeders. 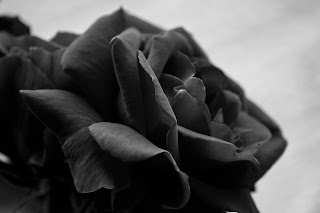 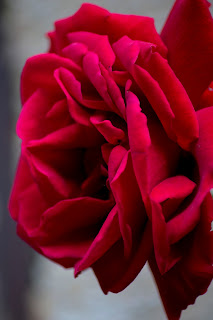 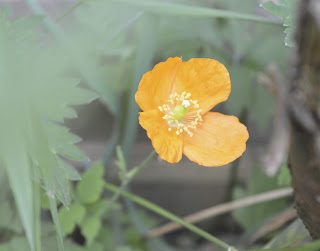 I'm typing this blog whilst sat in the garden at 9.45 in the evening, it's finally cooled off a bit so it's lovely being outside now. The Swifts are still going and the midges are hovering (luckily I never seem to get bitten by anything so i'm pretty safe!), I can see a spider making a web between the washing line and the roses. It's just about perfect. 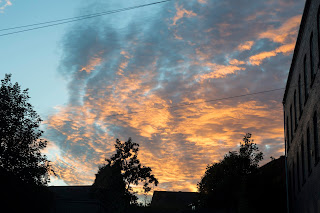