After visiting Rodley (see here) we ended up at the garden centre, where picked up some flowers for the new border - Lupins (husbands favourites), Agastache (which smells heavenly), Salvia Roemeriana, Geum and Pentstemon, granted my daughter picked the last two purely on their colour! They'll have to wait till later in the week before they can be planted but we put them out on the patio and the bees were all over the Lupins. 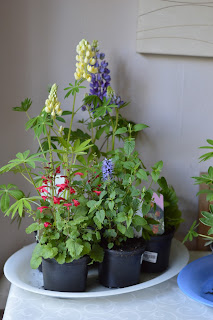 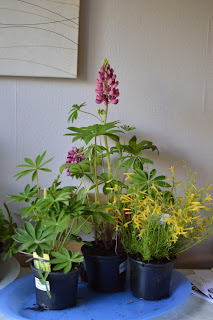 As we headed out this morning a rat was running around the street at the end of our row, there has always been rats around, there's a park and two factories near by and I think they come from that direction, we've seen them in the garden occasionally but not for a while.

A Kestral was hovering over the farmers fields I pass when on the way to work. The rest of the day was spent in Leeds not doing very much wild..........unless you count the cocktails........ Though my friend who has recently started feeding the birds in her garden, has really been getting enthusiastic about it and we had a good chat about what she's seeing.

Back home and the garden has been quiet the past couple of days, i've not seen any birds on the feeders though the Sparrows, Doves, Woodpigeons and Starlings are still around in the trees and on the rooftops and of course the Swifts are ever present.

This morning had the garden free from birds again. It was a nice day though, sunny and warm but the wind got worse as the day went on and even though the door at work was open I didn't hear a peep from the birds.

I'd left the new flowers out in the sun this morning but didn't check the water, talk about drooping! I had a panic i'd killed off the husbands lupins! Luckily a gallon of water later they were all looking much better.

Another sunny morning, it's quite warm by 8.30 as I leave the house. The are lots of Sparrows in the supermarket car park this morning, there has been a few nesting in the eaves of the small church in the middle of the car park.

I noticed there are some flowers appearing on the road down to work now, there's definitely not as much growth as last year but that's not surprising after the all the weed killer that was put down. It's good to see some making a comeback though and it was nice to hear Goldfinch in the trees as I went into work too. 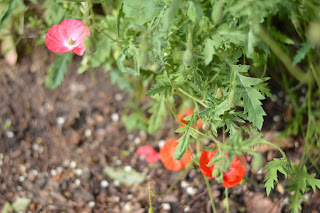 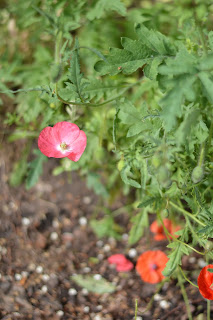 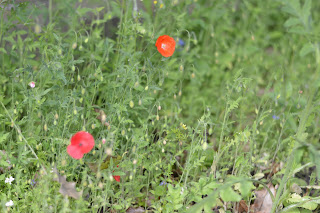 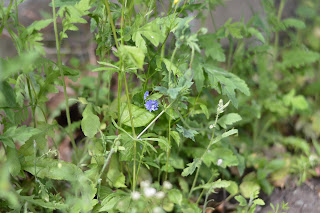 All was quiet bird wise this morning at home and on the way to work, maybe the impending downpours had them all taking cover! I haven't seen the Swifts for a couple of days.

At least the sunset was beautiful this evening if nothing else! 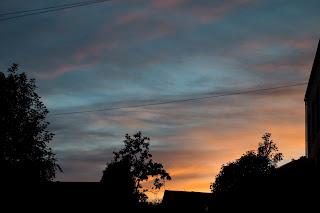 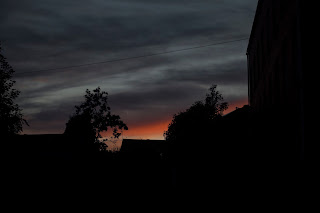 What a difference a day makes, the sun is shining when I got up, birds were singing, a Blackbird was having quite a rant sat on the fence in the garden. A butterfly has just flown past the window, I could see the shadow on the curtain.

My new fence has gone up today, though my husband isn't overly keen i've gone for green paint! It still needs a second coat and the gate needs to go up tomorrow but then we can get the plants in the new border and hopefully attract some more bees and butterflies! Along with the lavender we already have i'm hoping it'll be buzzing in no time. 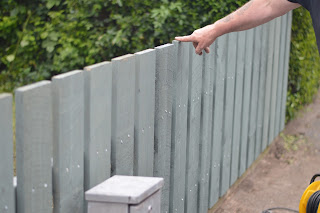 Despite coming to this very late in the day i've managed to squeeze a fair bit in though the latter half of the month has been a little 'wild' sparse! It's been fun though and interesting to see what I notice on a daily basis that I sometimes take for granted.

Next year i'm determined to be a little more prepared for me and my daughter. If someone could just remind me a month beforehand...........