Autumn has definitely arrived, the leaves are falling especially with winds over the past few days, though it's been oddly warm. 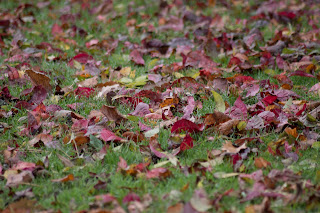 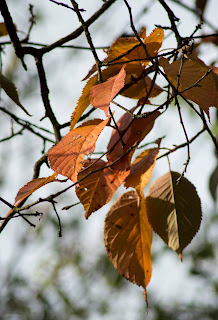 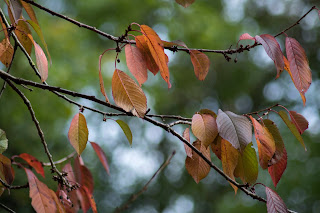 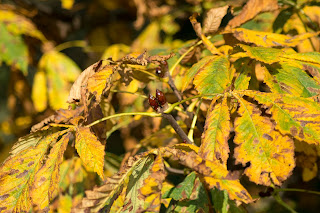 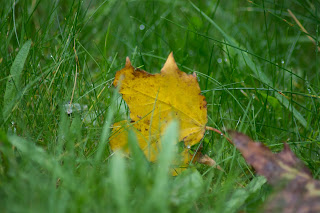 The sun at the weekend brought out a few Red Admirals, they made the most of the sun.......on my washing! 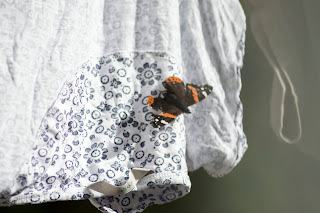 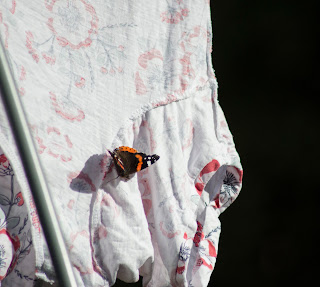 The sun caught the cobwebs in the park. 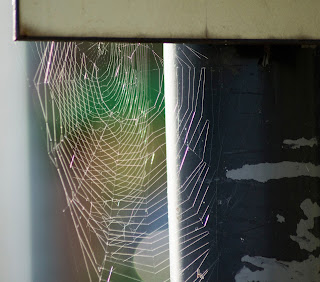 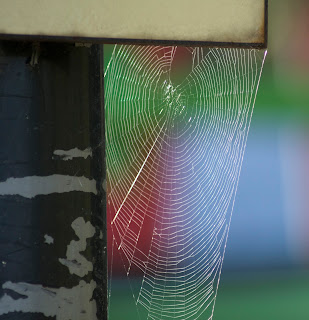 This spider has made it's web on our patio door, I haven't been able to open it properly for a couple of weeks because I didn't want to destroy it! 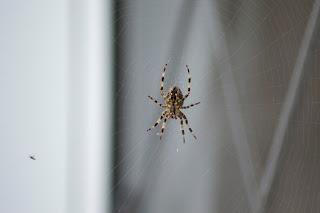 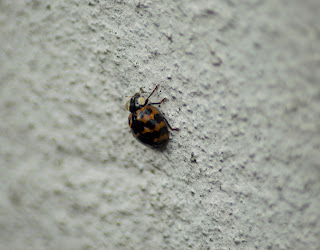 In the park we spotted these mushrooms and was hoping for a Redwing or two but instead we saw a few Mistle and Song Thrush. 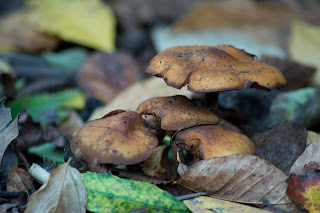 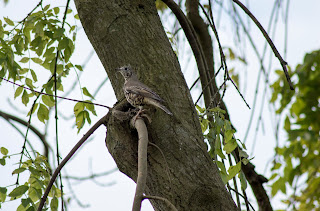 In the garden a poppy made a sudden appearance from behind one of my Lavender plants and my fuchsia is still blooming.The Blackbirds are picking at the berries in the surrounding trees. I tidied up the plants in the pond a little and it's full of tiny snails. 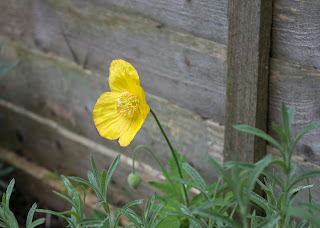 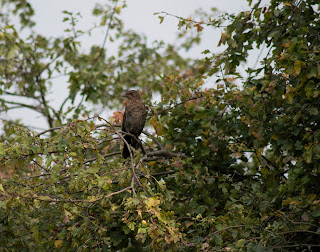 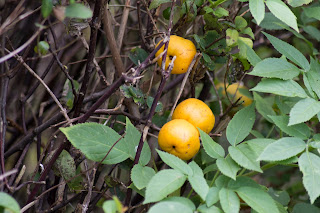 If anyone knows what these apple like fruit are, they've been growing in my hedge for years and i've never figured out what they are? 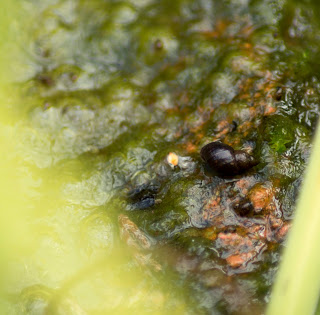 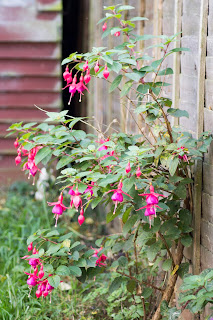 The soundtrack to the past weekend has been Goldcrest, constantly chirping in the trees in the garden, making fleeting appearances as they flit about, i've counted two and they were the first birds up this morning, the noise a lovely start to the day.

Walking up our street on Sunday morning a Sparrowhawk landed in the tree in front of us briefly before flying after a flock of Starlings, pouncing on a straggler and snatching it right out of the sky, before flying off behind a building. Very cool to see.