Saturday morning we were up early and off to Fairburn Ings, I was hoping for Bearded Tits (again!) after reading that  24 had been counted in the reeds on the Coal Trips Trail over the past week or so and a few people had been seeing them.

A quick look out the pick up hide when we got there proved fairly quiet with a Little Egret in the distance and off to the side by the feeders Moorhen, Pheasant and Great Tits.

At the Big Hole there were a lot of Black Headed Gulls, Lapwing and Crows. 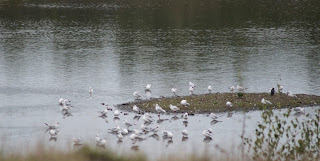 Grazing on the hillside next to Big Hole 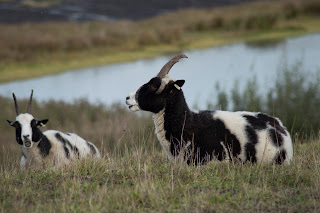 As we headed up the path a few Magpie flew up onto the fence along with a Green Woodpecker! We saw it a couple more times too, quite far off but you could see the red on the top of the head. 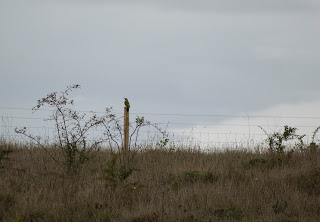 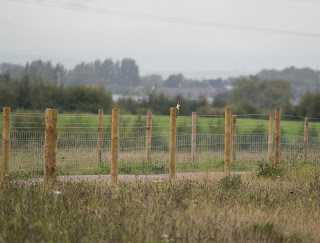 A flock of birds kept popping up over the crest of the hill and as we got closer we realised they were the Bearded Tits - actually there right in front of us putting on a show, flying up and then dipping down into the reeds, climbing up them and then repeating! 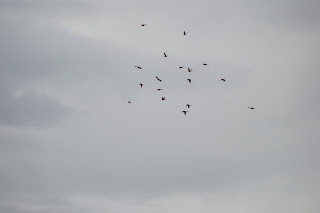 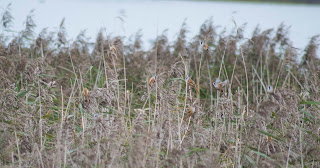 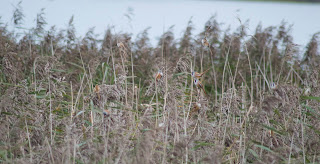 We watched them for about 15 minutes or so and they followed backwards and forwards alongside us as we walked down the path, amazing to watch and hear!

Walking along the trail we saw quite a lot of fungi in the grass and kept getting rained on then the sun would shine briefly. 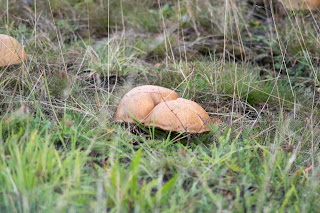 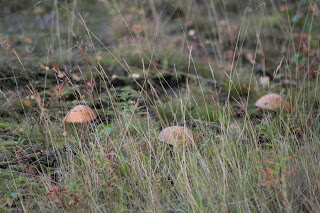 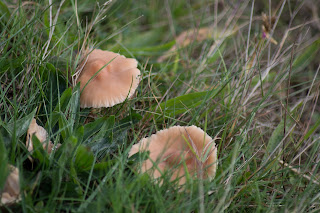 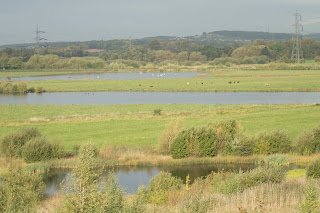 Back to the visitors centre for a cup of tea and we picked up some duck food too, my daughter wanted to feed the ducks - some things you never grow out of (even when you're trying to be a cool high schooler)! 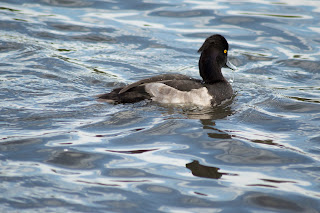 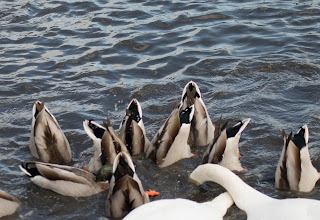 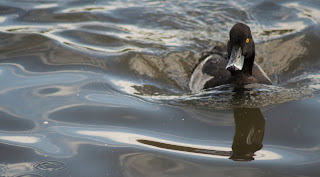 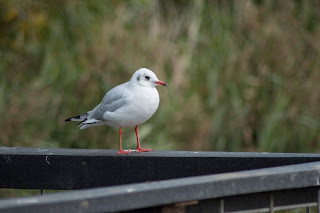 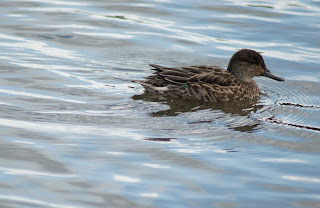 A very good morning and a very happy me! 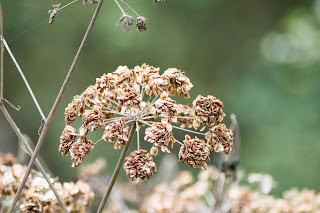