On Sunday we spent the day at Potteric Carr, we haven't been since the new year and it was sunny and cold again but this time minus the frost/ice.

After picking up a bacon sandwich (to keep my hands warm obviously) we headed out into the reserve spotting Pheasant, Jackdaw and Goldfinch by the feeder. 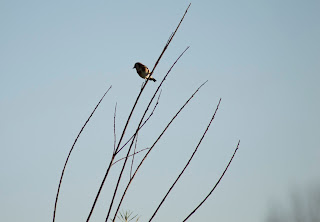 In the woods I was the only one who spotted a deer, it popped it's head up in the distance and then leapt over a log and out of sight. A few Squirrels were overhead, Wrens, Goldcrest, Robins in the trees and bushes around. 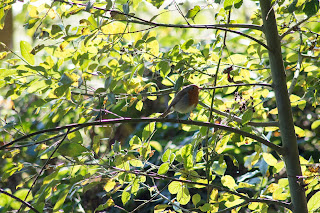 There were lots of Common Darters around the reserve, mostly sunning themselves. A Red Admiral flew past at one point, it always surprises me to see a butterfly at this time of year. 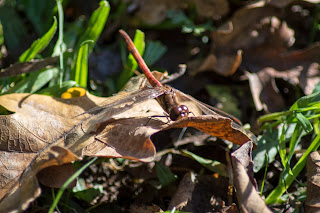 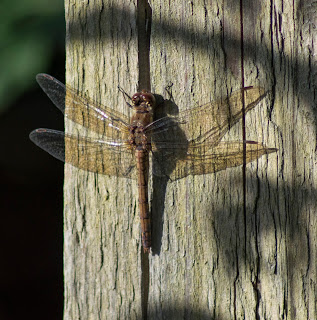 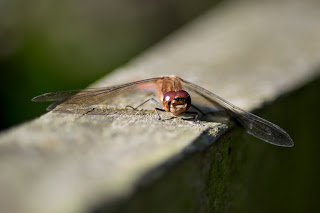 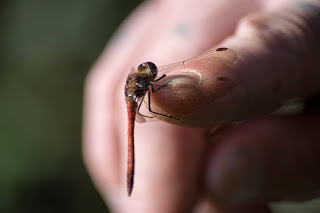 My husband spotted a few Blue and Great Tits as we walked from the Cottage Drain hide by the railway track then spotted a a couple of other birds - Redwings, the first ones i've seen this Autumn! A few kept flying in with several Blackbirds too, they soon disappeared into the trees though. 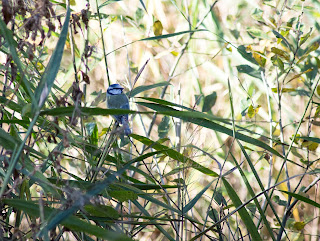 Stopping for a bit of lunch by the east scrape - picnics in November! I was watching the scrape from the picnic bench when I caught a flash of colour - a Kingfisher, it landed briefly on a reed and called a couple of times before flying off towards the West Scrape.

From the hides looking out over the West Scrape and Hunter Marsh we saw lots of very noisy Black Headed Gulls, Shelduck, Lapwing, Great Crested Grebes, Wigeon, Heron, Little Egret amongst others. 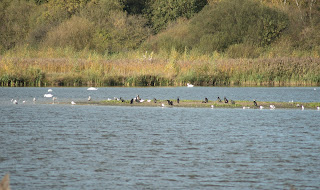 Walking to the Tofield hide I was photographing the reeds there and heard a burst of song, then again - a Cetti's Warbler! A first for me, very pleased! 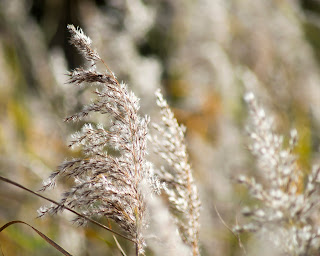 We stopped to watch a Kestrel hunting over the field. 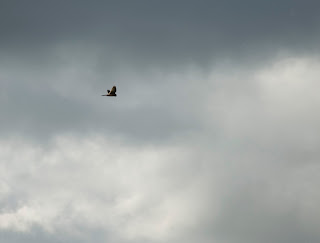 Calling into each hide to look down onto the marsh we saw plenty of birds - Wigeon, Lapwing, Shoveler, Gadwall, Cormorant, Pochard.... 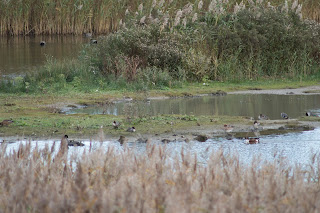 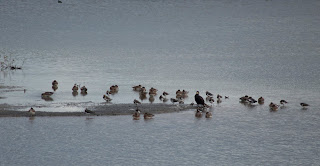 Heading back to we stopped at the hides by the willow marsh and saw busy feeders and a Teal mostly bottom up in the water! 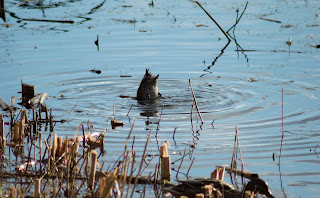 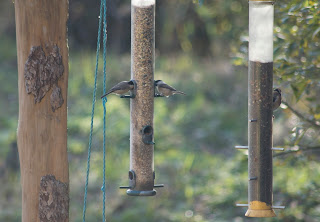 A few photos from around the reserve. 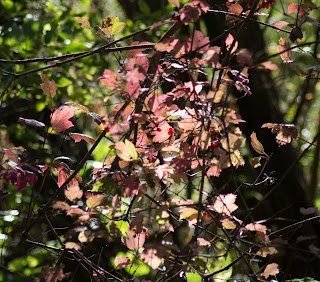 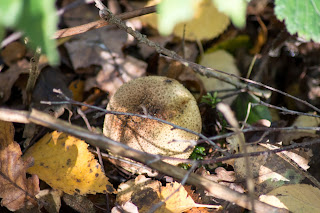 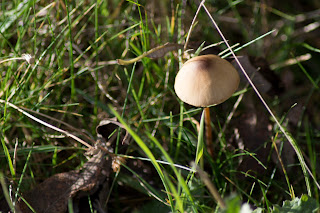 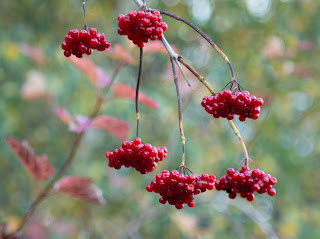 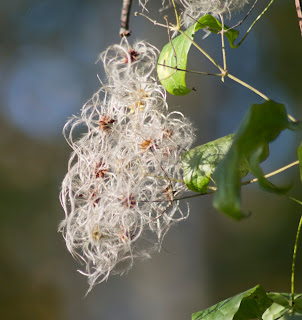 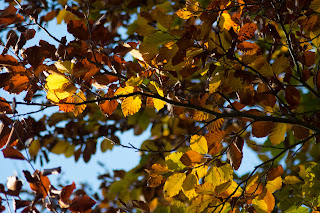 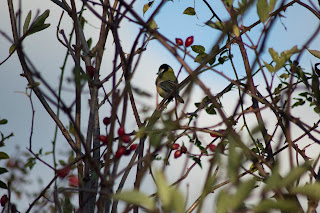 We didn't stop to see the Starlings gathering this time, a much needed cuppa in the cafe and we were on our way home.
Posted by Pam at 22:38