I thought the weather was going to warm up a little on Sunday so decided to go for a walk around Rodley.......expect the snow hadn't quite finished with us yet and when we arrived it was sleeting, snowing and raining altogether like it couldn't quite make up it's mind. 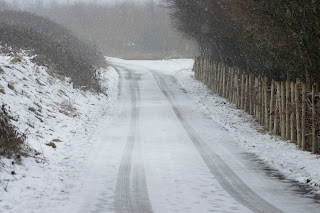 Still off we went with our hoods up spotting four Bullfinch in the trees by the car park. From the hide overlooking the the lagoon we watched the Coot's stride around the ice and found two Oystercatchers in the middle of a large flock of Common and Black-headed Gulls. There were a few ducks around too, Gadwall, Mallard, Pochard, plus Moorhen and Great Crested Grebe. 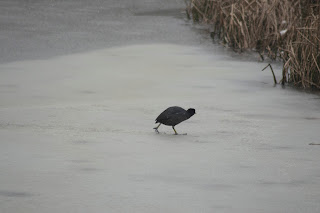 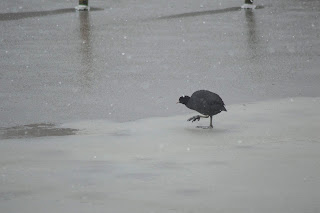 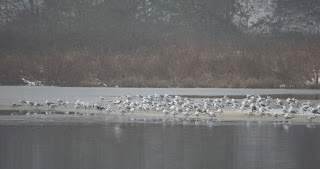 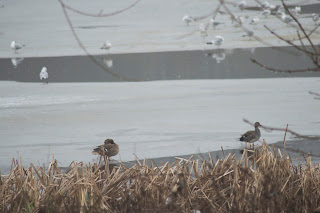 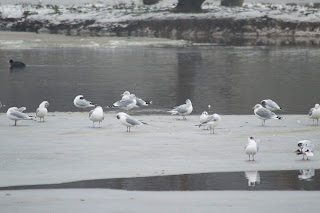 From the duck marsh and willow path hides we saw Snipe - 8 of them along with a single Oystercatcher. 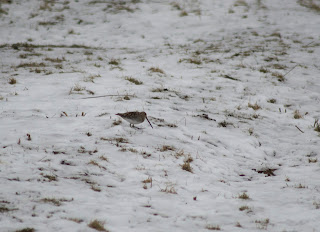 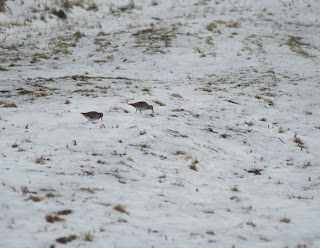 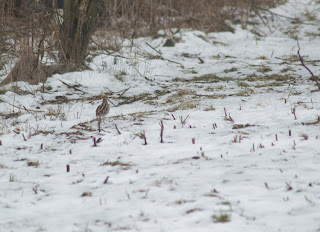 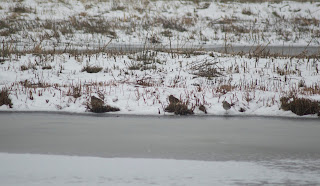 We saw plenty of small birds, heard a distant drumming Woodpecker and got a quick glimpse of a Bank Vole by the feeder on the willow path. 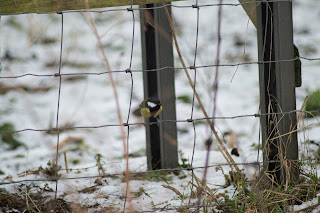 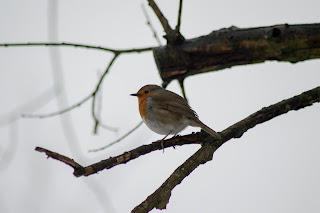 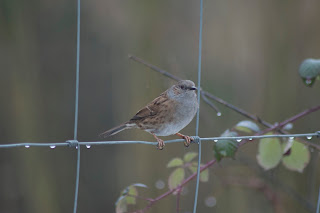 It was still snowing on and off and the birds were mostly in hiding, a few Teal were gathering all together in the grassland. 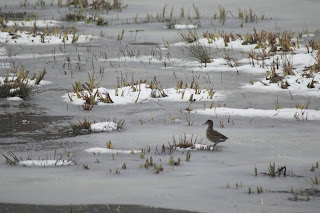 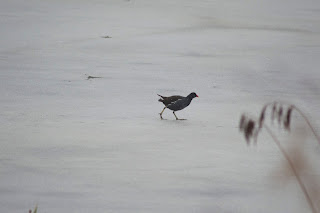 The Linnets were flying backwards and forwards from the meadow to the trees, it was a little easier to see them on the meadow with the snow but difficult to get a photo as they were constantly on the move. 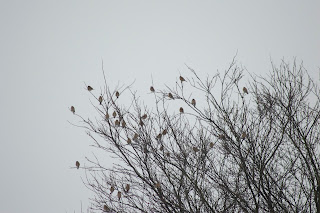 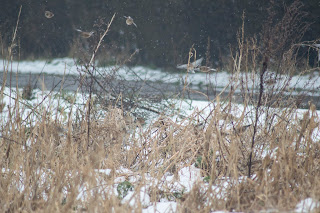 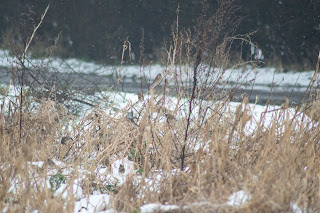 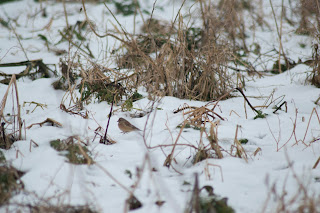 As always we stopped at the visitor centre for cake and a cuppa to warm up, there were lots of  birds on the feeders and I spotted a Song Thrush out on the grass. 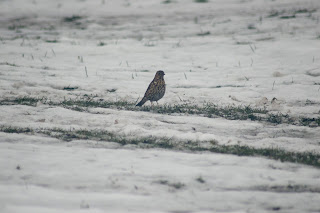 One of the volunteers mentioned there was a Lapwing by the dung heap and we saw it just as it took off and flew into the distance. A Grey Wagtail flew onto there too. There were quite a few Crows around sitting on the posts looking a little ominous in the fog! 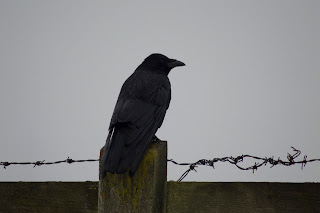 The cold and sleet had defeated us by now though and we decided to head home and dry out.
Posted by Pam at 09:23