Saturday morning we set out for Fairburn, they have set up a viewing point for the Spoonbills on the site and we thought we'd go have a look. We were there as it opened and saw young Tree Sparrows around the feeders.

The route to the viewing point is well sign posted and a lovely walk, we could hear a Cuckoo calling up near the Coal Tips. 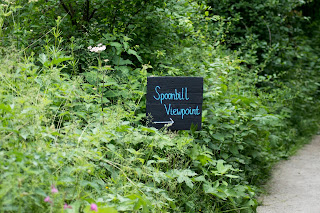 At the viewing point it didn't take long for us to spot the Spoonbills, one kept flying in and out of the trees to the second bird sat on the nest. We got talking to a couple of guys and they offered views through their scopes. The birds are stunning and the bills quite a work of art! I believe later that day they the eggs started to hatch, so here's hoping for successful 'teaspoons' again! 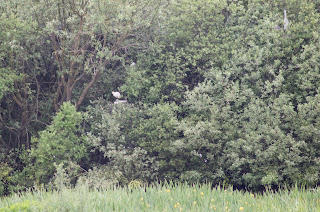 The viewpoint was getting busier so we moved on to let others take a look. One of the Spoonbills flew past us as we walked back across the field. From the pickup hide we could see Sand Martins are using the wall now, you can just see one on the photo. 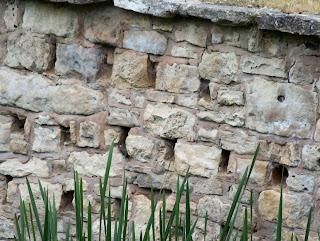 Across the water we could see Gadwall and Moorhens with chicks. One came up to the edge of the water, which was also popular with the Pheasants and a Woodpigeon! A Green Woodpecker flew over. 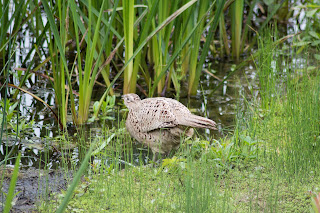 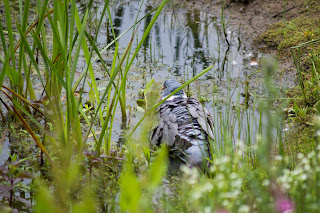 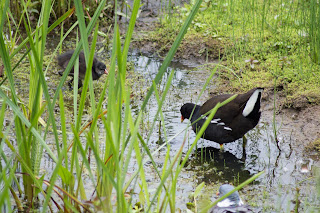 At the screen a couple of Squirrels were in and out of the undergrowth and all around we could hear the chirping of Great Tit fledgings, I think at least half a dozen but they were constantly on the move and quite well hidden in the trees. 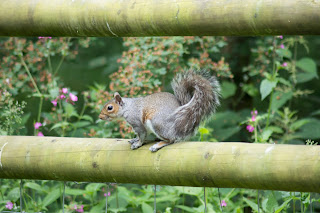 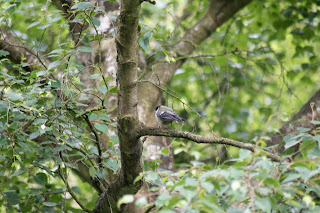 We only walked as far a Big Hole as we were a little pushed for time today, we discovered (as is the norm!) we'd just missed a Bittern flying by about five minutes! We did see Lapwings, Little Grebe, Little Egret, Skylark and Swifts overhead.

There were daisies all the way down the banking, beautiful to see. We found a Cinnabar Moth and a Blue-tailed Damselfly. My daughter has started taking her own photos of the flowers we find, she's getting quite good! 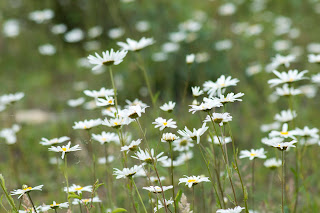 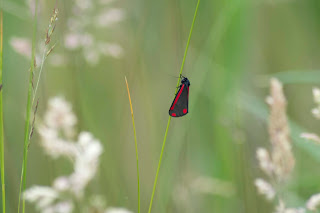 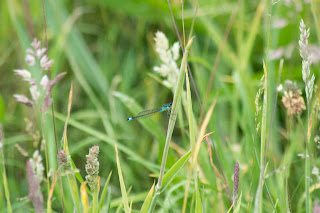 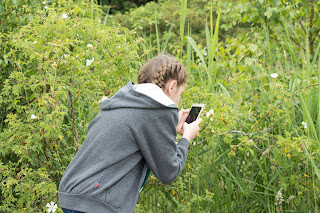 We saw a lot of Ladybirds all over the reserve 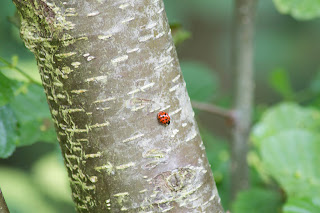 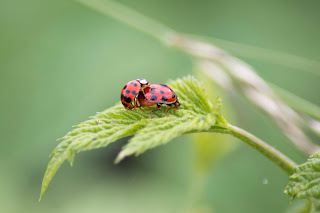 We walked down to the main bay before we left and saw the Avocets, the chicks were asleep on the mud and the parents were doing a good job of keeping away the Black-headed Gulls, a Shelduck was getting grumpy with the Mallards and behind us a Reed Bunting perched singing loudly. 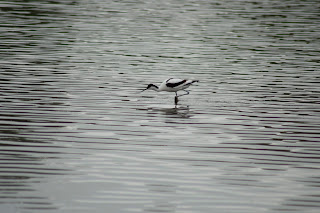 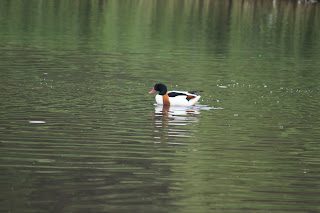 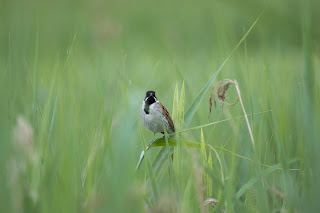 The guys we'd been speaking to earlier had mentioned about a Little Owl being seen just across the road from the reserve and my husband spotted it as we were driving off, a very nice little bonus! 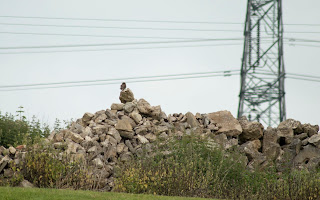