Saturday morning was spent at Rodley, no dodging the heat today, it was hot from the word go but I can't sit in all day and do nothing! It wasn't a great day for photo's the sun was bright with not a cloud in sight.

Like other places the lack of rain is causing some of the water to dry out and the grassland was just cracked mud, still the plantlife was pretty green and there are plenty of flowers out too. 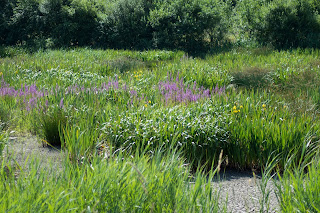 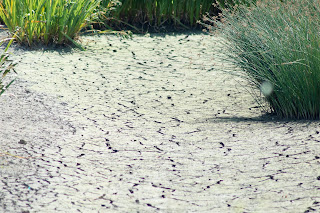 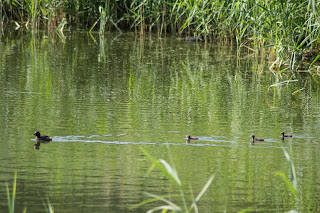 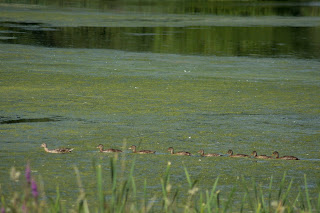 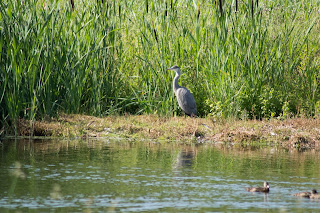 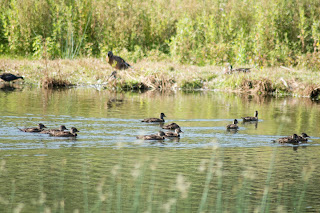 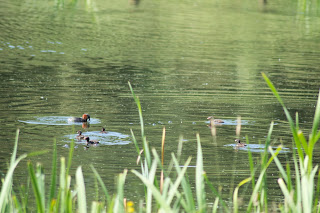 This spot (where we see Snipe in winter) seems to be the duck crossing point we saw two broods go over in the space of 10 minutes. 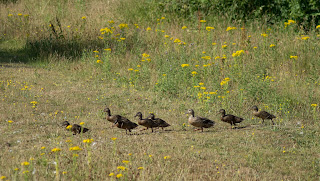 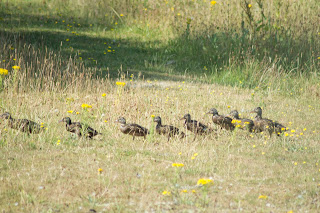 We spotted Blackcap, Reed Bunting and Whitethroat along with the usual Tits and Finches. Along the willow path I saw a dead Shrew and a (live) Toad covered in white and green? 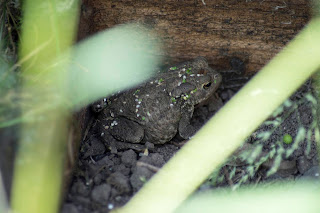 Of course everywhere was buzzing with bees, butterflies, bugs and Dragonflies! I saw my first Broad-bodied Chaser, it sat on the reeds for some time. Most others were constantly on the wing though I did catch a pair of Azure Damselflies on the lily pads. 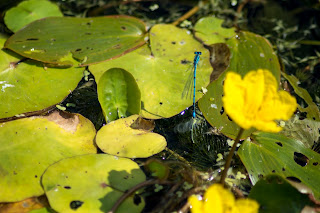 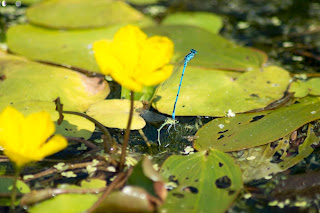 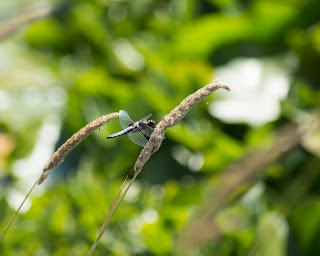 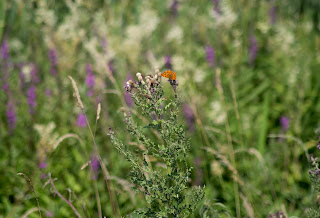 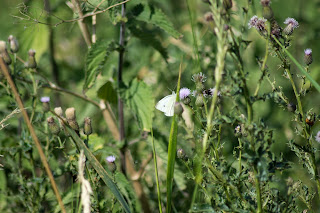 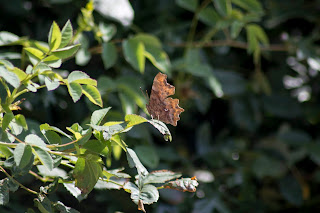 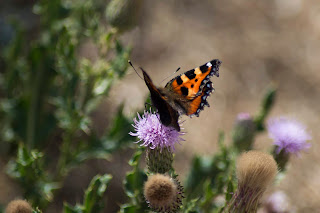 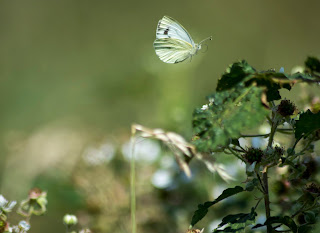 Whilst sat in the hide by the managers garden a butterfly landed on the oak just in front of the hide, I only got a brief glimpse and one photo before it flew off. Some twitter help (thank you!) and a google later I had my first ever Hairstreak - a Purple one! Very pleased even if it was the briefest of views and it was mostly whited out by the sun! 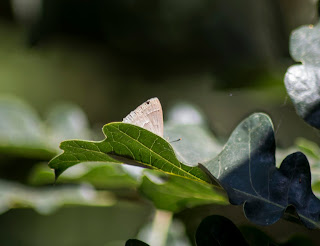 A nice way to end the morning!