On Saturday it was the 4th Leeds Birdfair at Rodley Nature Reserve. My daughter and I were up and off early so we could have a look round the reserve before it got busy. It was quite a hot day with no sign of rain for a change, finally shorts weather! 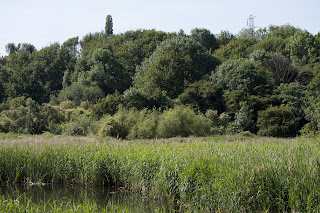 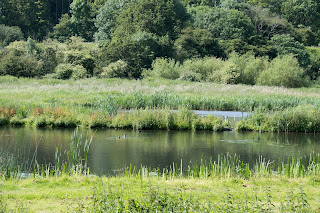 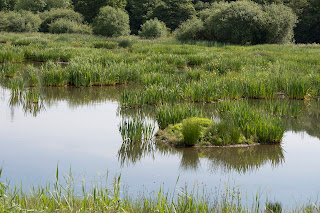 As usual Chifchaff sang us into the reserve, the entrance road seems to be a favourite spot. At the lagoon hide a Kingfisher was just off to the side. One of the volunteers had his scope on the bird with fantastic views, he took an amazing phonescoping video which can be seen along with a couple of other videos from the day on his twitter - https://twitter.com/leedsbirder . 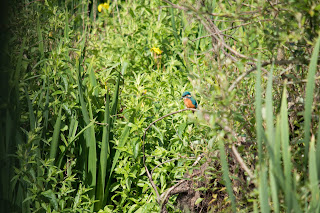 My daughter took this photo of the Swans, who were too busy preening and refused point blank to look up for a photo. 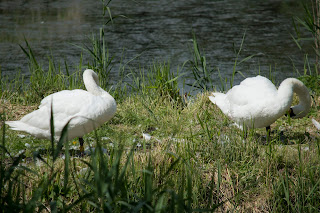 The usual Cormorant hang out 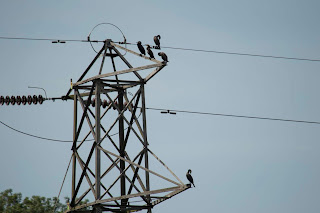 Lots of Reed Buntings were singing around the reserve 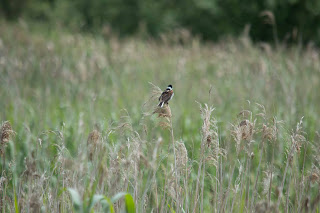 A brief glimpse of a Little Egret 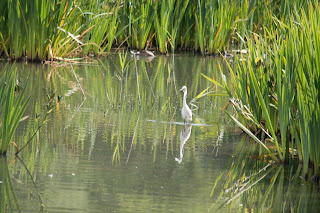 It was a great day for Dragonflies, Banded Demoiselle were everywhere and they are stunning to see! We also saw Azure, Common, Blue Tailed and Small Red Damselflies and Broad-bodied Chasers. A chap from the British Dragonfly Society very deftly caught and showed the horseshoe shape on the back of an Azure Damselfly, a good mark to ID them by, the damselfly then flew off as if nothing happened. 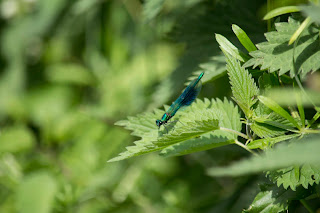 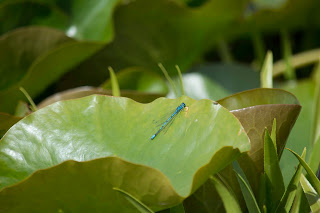 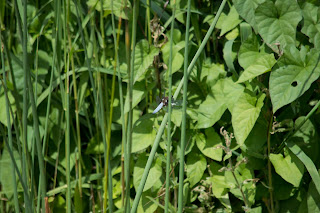 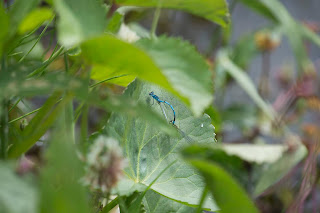 I don't have an ID on this but it was huge 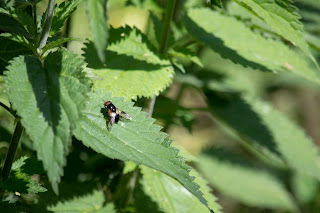 A few Butterflies were about and in the bee garden by the visitors centre I spotted a couple of beautiful tiny moths, new for me - Small Purple and Gold Moths, a nice find. We counted 50 Ladybirds and larvae in one spot but there were a lot about. A couple of patches of Caterpillars caught my eye and I later found out they were Peacock Butterfly. 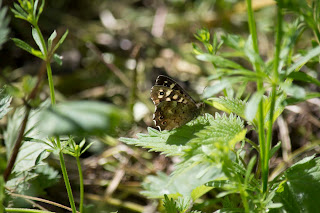 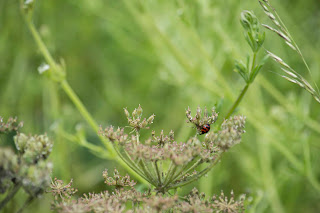 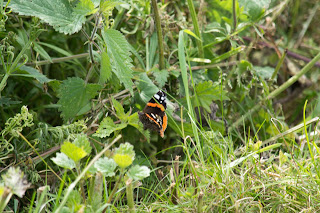 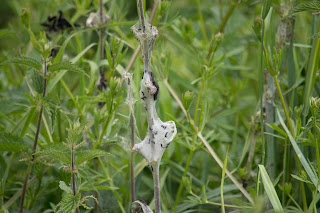 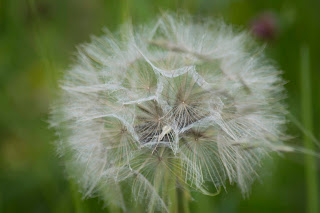 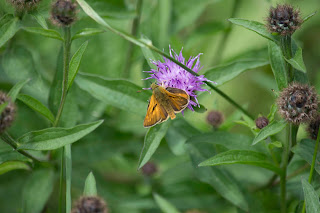 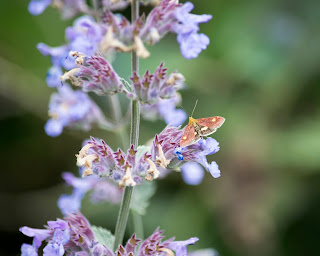 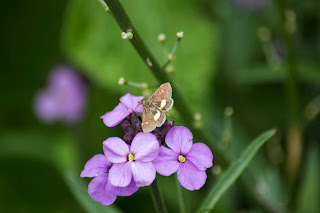 Onto the fair itself, it was bustling with people and we took a moment to get lunch in the form of bacon sandwiches and jacket potatoes! There is always a nice selection of home made baked goods in the centre and I treated myself to a scone filled with jam. A lot of the societies are represented - RSPB, Yorkshire Wildlife Trust, Yorkshire Naturalist Union, British Dragonfly Society, TCV, Leeds Swifts, BTO Gardenwatch, Swillington Ings Bird group and others i'm sure i've missed! In addition there were amongst others bird feed stalls, a book stall and the Calverley Beekeepers stall, where we couldn't resist the jam and bought Apricot! Also I couldn't not buy a book.......

My brother met us there with one of my nieces and I showed them around the reserve a bit, despite only living up the road he'd never been. I was hoping to do the fish pass walk but lost track of time whilst we were walking, but there's always next year! Spending time with family in one of my favourite places is pretty special though. 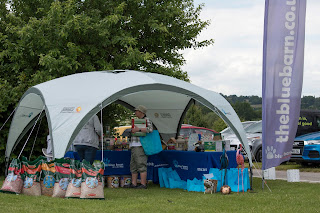 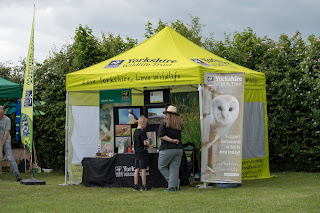 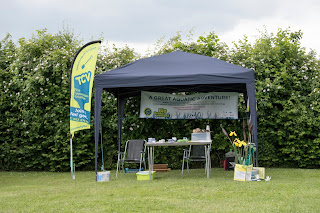 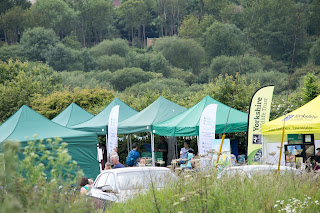 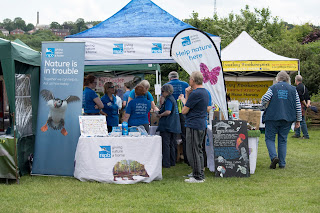 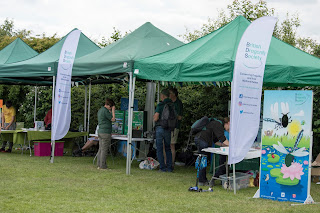 We made rope on quite a clever machine, so far it's been used for skipping and as a toy to keep the cats amused! 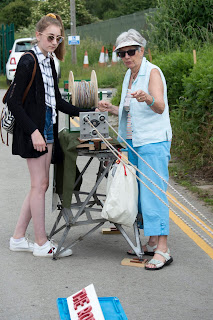 I picked up my copy of the Swilling Ings 2018 report, which i've already started reading, it's full of the history of the Ings with last year being the 30th Anniversary, a really interesting read, with being fairly new to visiting I had no idea of it all. It's a really well put together report. The book I got was a biography on Audubon, a translation from a French author. 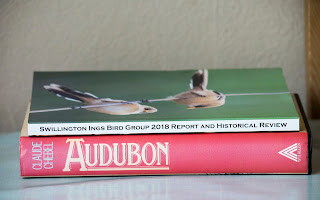 Another great day at the Birdfair!