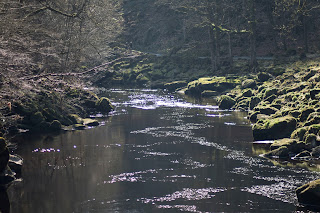 The first day of spring on Sunday and it was a gorgeous day too. We spent part of it walking all around the woods at Bolton Abbey. It's lovely there, some good long trails to walk, plenty of birds to spot and the river, there's just something so nice about walking next to a river!

Starting off early at the Cavendish pavillion where it was still nice and quiet we straight away saw a pair of Goosander on the river, one of a few pairs we'd see through the morning. Shortly followed by a pair of Dippers flying down river and Grey Wagtails on the rocks along the sides. 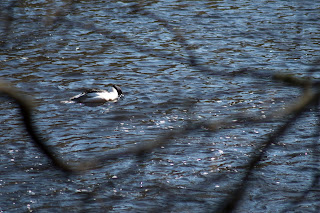 As we stood watching the Wagtails my husband spotted something way off across the river and after some time with the binoculars we realised it was a Woodcock, my only 2nd ever sighting of one, the first being up in the woods near Barden Bridge a couple of years ago. It was beyond the range of camera unfortunately as you can tell by the dreadful photo below! But still photo or not it made for a great start to the day! 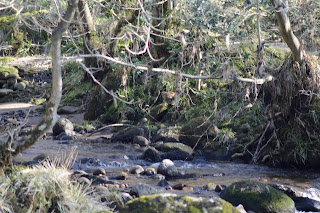 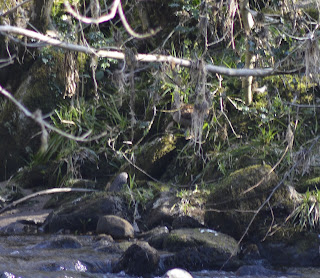 We saw a few more Dippers and Wagtails on the river, every year I seem to see more and more Dippers, which has got to be a good thing. We kept hearing a woodpecker but it stayed ahead of us out of sight. 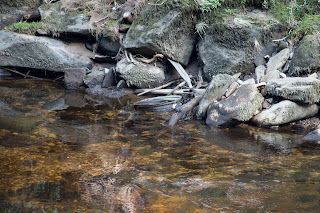 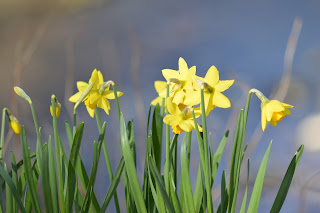 After passing the Strid Wood Tearooms a nice gentleman pointed out three Mandarins coming down the river, these are such beautiful birds and again seem to be increasing in number over recent years. In the fields further up past the aqueduct there were Greylag Geese and a pair of Oystercatchers. There were yet more Dippers, Wagtails and Goosanders on the water.  A bit too early yet of course for the Sand Martins that nest in the banks here. 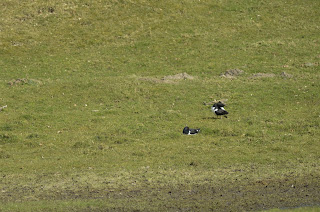 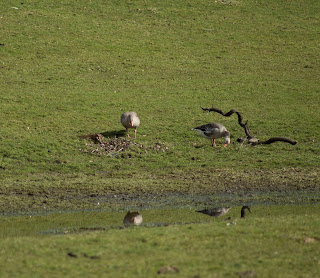 Starting up into the woods we could see 3 Buzzards circling overhead through the trees, quite stunning birds.

We were hoping for a seat in stone hut at the very top to stop and have a bite to eat. It's a gorgeous view and has non stop birds, which have grown accustomed to the people thanks to handfuls of seed left along the edge of the path and even on the edges of the hut itself. We were lucky and spent a good half an hour in here watching the birds and I have to say it was just about my favourite part of the day. 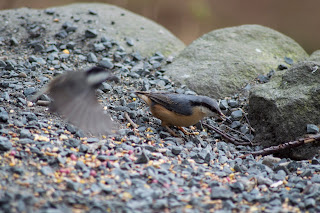 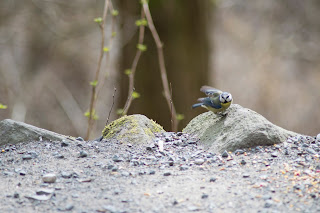 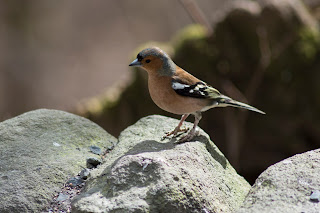 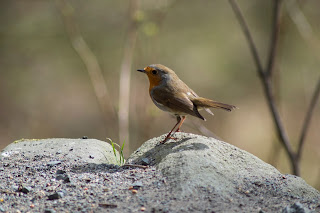 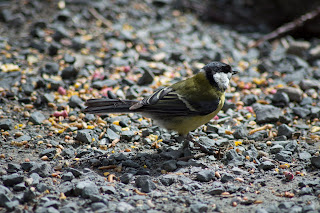 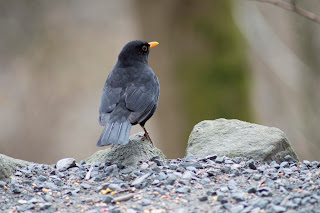 Funniest thing there was a pair of Mandarins sat in a nearby tree that had clearly sussed the food source and kept flying in to the path. The male of course is quite stunning but the female should never be overlooked (as they sometimes can be) as the markings are just as beautiful especially the face. 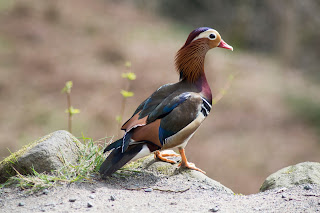 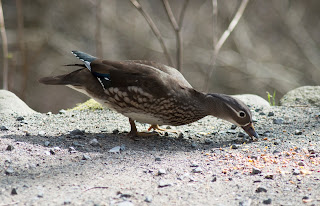 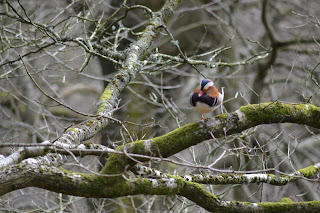 I think having the Nuthatches come right up to the hut close to where I was sat was just the most lovely of moments.

The walk back down to the Cavendish pavilion is of course a lot easier but also by now a lot busier and we were glad to be heading out as a lot of people were heading in!

I'm determined to make it back later in the spring to try and see the Flycatchers and Redstarts.

Driving back over hills we saw Curlew and Lapwings flying overhead and got caught up in a little traffic delay Yorkshire style! 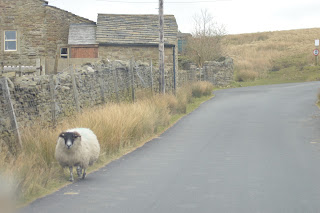