Spent a couple of hours at Rodley on Saturday morning, it's the first time we've been since the floods, what a mess they've left behind with all the rubbish from the river but you can see where the hard work has gone with the clear up, especially when you see the photos of the flooding that are up in the visitor centre. 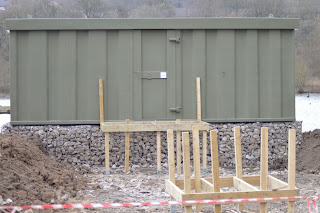 The field by the car park was full of Canada and Greylag Geese and a lone Oystercatcher. A pair of Bullfinch followed us down the road to the Lagoon. On the lagoon there were Cormorants, another Oystercatcher, Canada/Greylag Geese, Black Swans, Coots, Tufted Ducks, a pair of Great Crested Grebe and Gadwall. 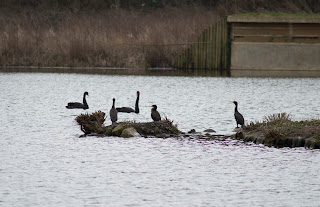 Part way down the willow path I spotted something in the coppice, a Warbler flitting about and I managed to grab some distant photos - the first Chiffchaff of the year, not that you could tell as it didn't make a peep the whole time I watched! 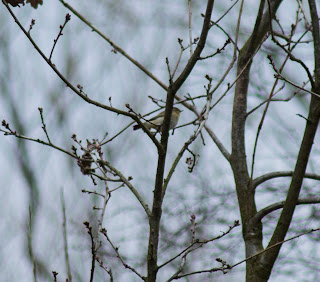 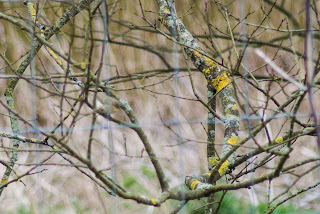 There were also Wrens, Dunnocks, Great/Blue Tits, Robin, Blackbirds and a Reed Bunting. We could hear a Woodpecker but it never made an appearance. 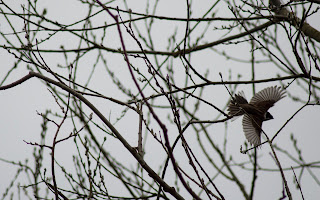 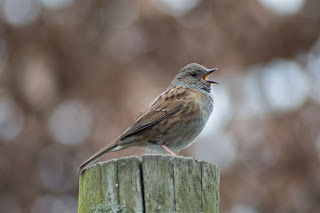 Back on the water at the duck marsh more Gadwall, 5 Herons, Mute Swans, Coots and a Moorhen. There was a flock of Linnets flying about over Tim's field. 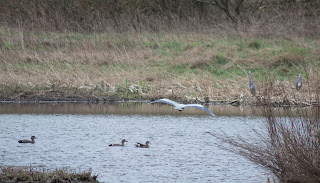 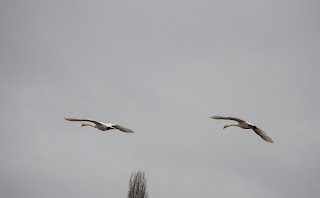 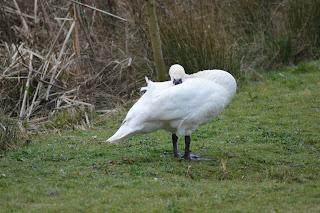 At the managers garden we watched a couple of rats under the feeders, lots of Reed Buntings, a couple of Chaffinch, Bullfinch, Greenfinch, Blackbird, Great Tit and a fair few Woodpigeons and Magpies flying about in the field behind the garden. 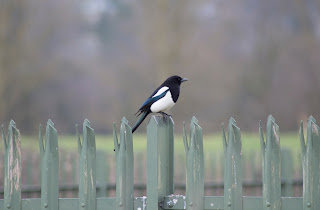 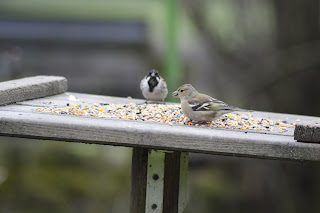 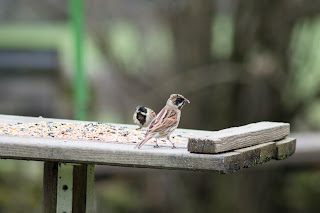 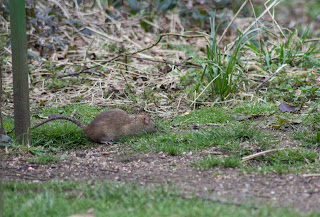 In the visitor centre one of the volunteers asked if we'd seen the Sand Martins on the lagoon, we hadn't so after a cuppa to warm my hands on we stopped by to check. Of course we had our eyes on the Sand Martin nest block across the lagoon, couldn't see a thing till we realised they were actually flying about above our heads!!

A few signs of spring, always good to see! 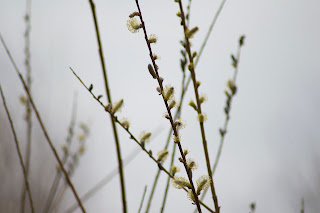 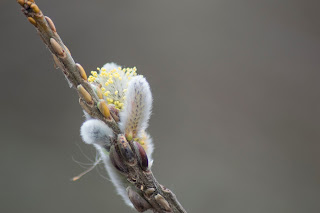 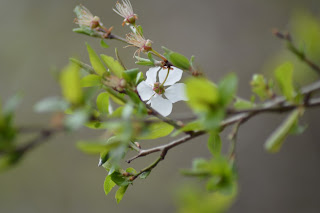 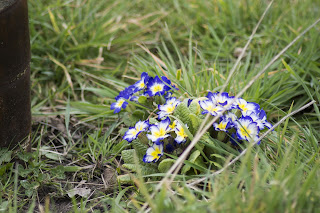