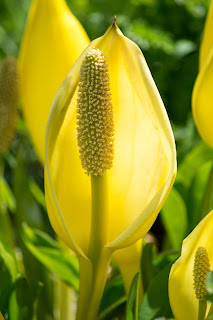 Saturday saw mini me and myself heading for Golden Acre with plans for a leisurely walk around the Dam and Breary Marsh as we had plenty of time and the weather, for most of the day, looked fine.

We made good time and were there early enough there wasn't too many people about. Right away by the car park we had a Robin singing at us, the whole place was just full of them, we saw Robins at every turn all day long. Beautiful birds so this isn't a complaint! 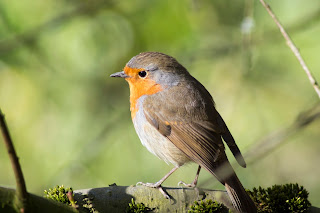 On the lake were the usual Mallards, Canada Geese, Tufted Ducks, a few farmyard type ducks and a pair of Mandarin. I caught a Swan flying across. 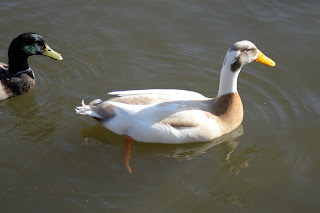 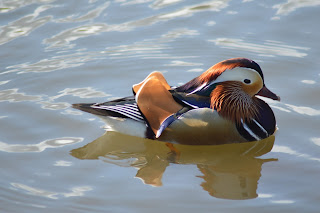 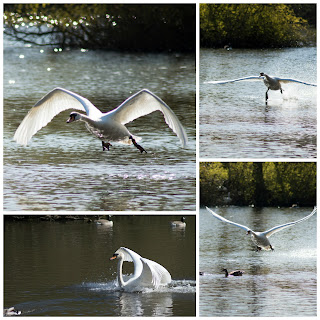 We went through to the Dam, which as always was pretty much people free, we saw I think 4 or 5 people the whole time we were in there. Part of me is pleased as it's lovely to have the place to ourselves but then I think what people are missing.

Straight away a pair of really noisy Jays were flying about in the tops of the trees, we saw at least two possibly three pairs as we walked around. Unfortunately they didn't settle for long and instead played peekaboo when it came to the camera! 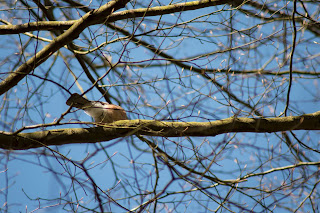 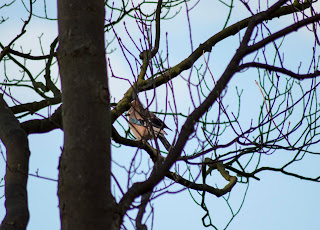 We sat a while in the marsh hide, which had half a dozen squirrels running about, the usual Blue/Great/Long Tailed Tits, Chaffinch, Robin, Mallard and Moorhen. Just about to leave when a Nuthatch flew in. 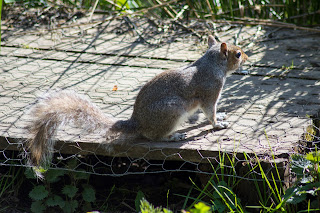 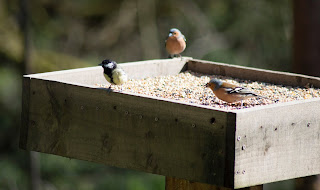 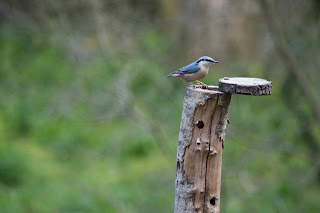 The woods were full of more Nuthatch, Tits, Blackbirds and Pheasants. Hopping up the steps to the lake hide was a Song Thrush, beautiful! 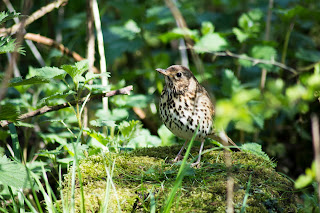 The lake itself was pretty quiet, a few Moorhen, Mallard and Woodpigeon along the edge. 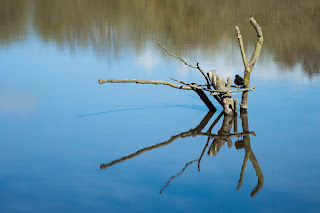 We spent a bit of time exploring the woods and along the path parallel with the field were more Jays and the best part of the morning a Great Spotted Woodpecker putting on a show on some felled trees. It was a joy to watch and we spent a good twenty minutes doing so. 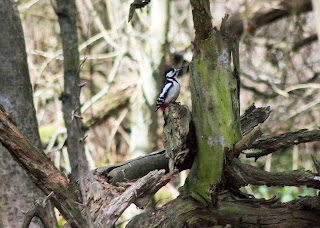 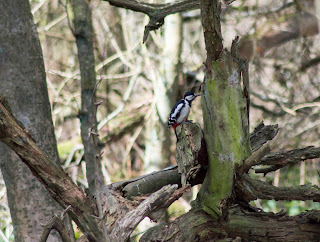 There was some lovely splashes of colour around the reserve. 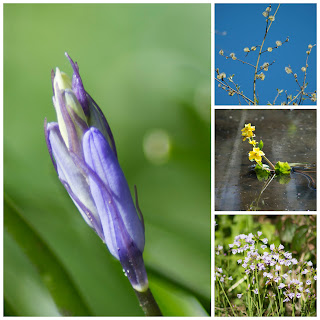 Back into Goldenacre, which is now quite busy, I heard something singing away, a Blackcap, first of the year. Unfortunately is was scared off by the throngs before I could get a good photo. 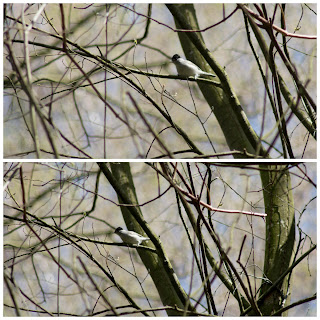 Surprising to see a Stock Dove in the trees, not something that you see very often, or I don't at least! 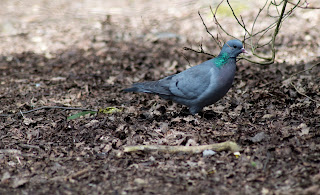 A quick lunch in the cafe conservatory saw us watching Red Kites flying overhead, always a great bird to see. A rabbit was hidden away not far from the cafe too, we saw a couple through the day.

On to Breary Marsh with Chiffchaffs all through the woods, we'd heard several around the reserve but they'd stayed pretty much out of sight. On the pond were a pair of Canada Geese, Tufted Ducks, Mallard and Moorhens with 3 Sand Martins flying over the water. 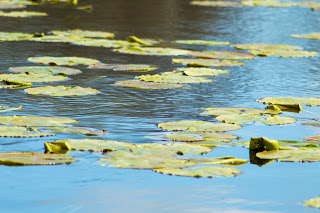 We were travelling on public transport which has the odd perk, in this case deer spotting! We've seen deer before in the grounds of the water treatment works in Far Headingley, which due to the buildings, walls etc around it you can only really see into it from the top deck of a bus, good for us as we saw a deer on the far side near the trees, excellent. A great end to our day (and a handy little tip if you ever happen to be heading that way on a double decker)!