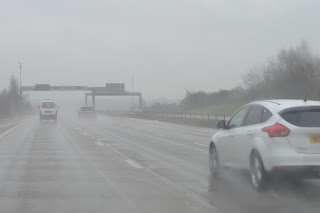 I had planned all week for a Saturday morning visit to Fairburn, then it forecast rain.........but I didn't let a downpour put me off! Prepared for the rain I dragged the family out anyway and we were all glad I had (well I think they were glad!).

This was the view from the car on the way there, it didn't improve any. There was a brief stop to get a photo of one of the many Red Legged Partridges in the fields. It's not a bird I see very often. 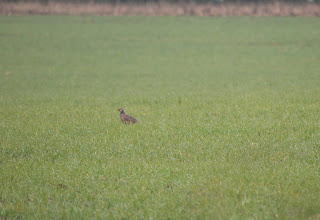 At the reserve apart from the people in the visitor centre it was just us and one other guy for a little while, the rain must have put everyone else off. It meant that we were able to spend a fair bit of time at the Pickup Hide dodging the rain. It was quiet at first, the feeders off to the side visited by Pheasants, Mallards, Great Tits and a Robin. On the water were a couple of Canada Geese, Coots, Tufted Ducks and a few Cormorants and Herons flying about.

The longer we sat there the busier it got, Reed Buntings, Tree Sparrows, Wren, Long Tailed Tits, Dunnocks, Chaffinch, Blue Tits, Blackbirds. There were Shovelers, Teal and Pochard out on the water now. 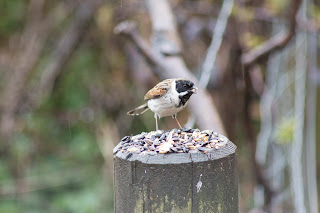 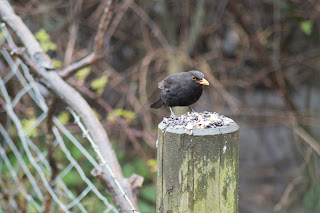 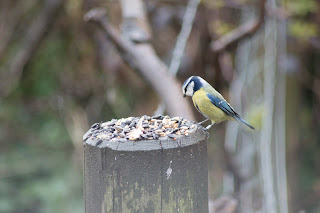 A ladybird was hiding out by one of the windows, I think the first one i've seen this year. 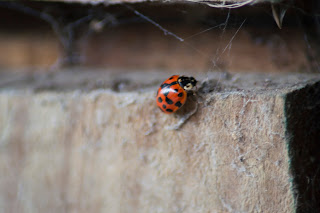 The screen feeding station further along the path had been washed away in the floods and is being rebuilt. We heard a Chiffchaff by the Kingfisher screen, the first of many today. No Kingfishers for my today, but my daughter spotted one as she got to the screen before us and bird was flying off out of sight. 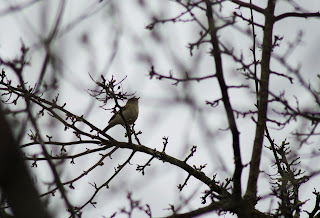 Down in the Big Hole a couple of Oystercatchers caught our eye.  We decided to check out the Coal Tips trail, somehow it's something we've never done before. There were Reed Buntings everywhere we walked today, a Pied Wagtail bobbed on the trail in front of us and a couple of Skylark flew up too. There were a couple of Sand Martins overhead.

We spent quite a while watching the trees down toward the moat, picking out the nesting Herons and the numerous Cormorants. A Kestrel sat in one of the trees and there were more Chiffchaffs about and a lone Jay. As we watched behind us came the booming of a Bittern, i'd forgotten one of the staff had mentioned about a Bittern when we first came in, we only heard it a couple of times and of course no chance of sighting it amongst the many reeds. Still it's a great sound to hear.

This was the only fungi I recall seeing today. 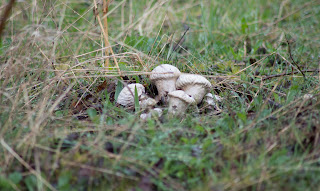 Then an exciting moment for me with my first ever sightings of not one but two Green Woodpeckers flying across the banking as you look down towards Lin Dike, they landed in some trees for a few minutes, long enough for us to see they were a male and female. Too far for my camera to get any kind of decent shot though. I don't know how i've managed to miss these birds over the years!

We had to watch our step everywhere, the rain had brought out the worms! 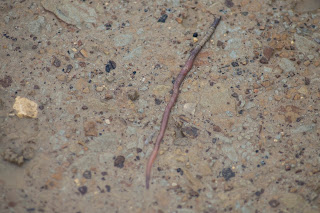 The rain still hadn't let up and we made a pit stop at the visitor centre for a cuppa to warm us up and to try and dry out a little (which was a pointless effort).

A brief walk down to the feeding platform had Tufted Ducks, Black Headed Gulls and Mallards. A bee was flying above our heads. The Avocets are back but over the other end of the lake so we missed those for now. 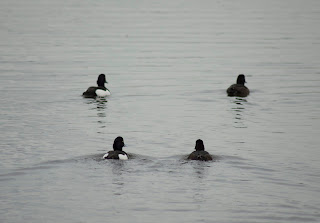 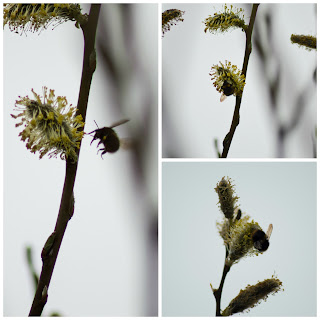 Lin Dike was next, yet more Chiffchaffs were singing along the path. We sat a while in the hide, chatting to a nice chap about what we'd seen. A Little Egret flew in as we sat there, such elegant birds! 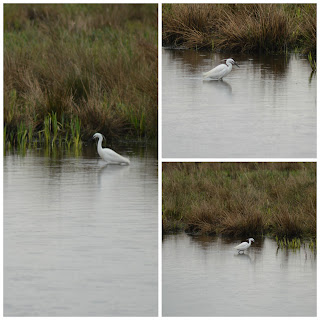 Finally the rain had just about stopped so we walked on a little further towards Hicksons Flash, seeing a couple of Swallows overhead and curlews in amongst the cattle, both mentioned by the chap in the hide so were were looking out.

This Water Cricket was skating around a puddle on the path (thanks to Birdforum for help on the id with that). 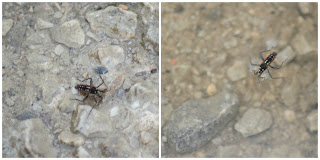 All in all we had a great day despite the rain, if you go prepared for it, it's not so bad and for the most part the birds don't care about it! 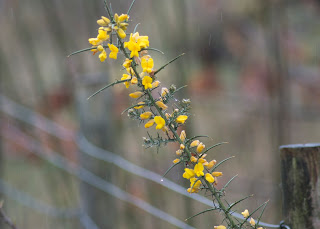