A Day at the Coast 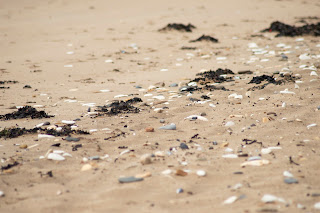 We took a trip to Bridlington on Saturday, mostly to do the seaside thing whilst there is still a hint of summer, with a little birding thrown in!

Of course the noisy Gulls are the birds that you can't miss and there were plenty of them, mostly Herring and Great Black Backed. 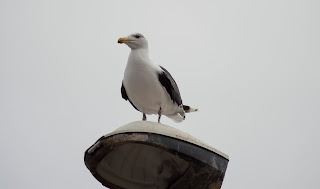 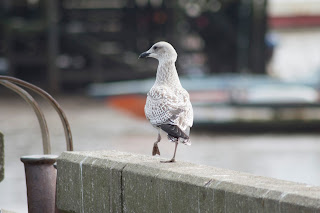 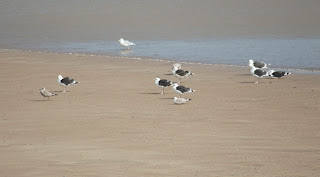 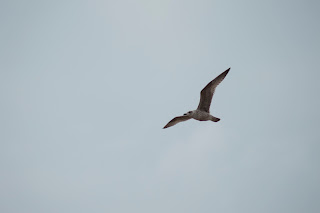 Along the edge of the beach and in the harbour (where the tide was out) there were plenty of waders. A lot of Turnstone, also Redshank, Oystercatcher and a lone bird that caught my eye, which looked different to all the others. My first Purple Sandpiper, I almost missed it too, it was quite well camouflaged initially. 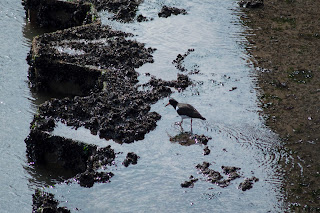 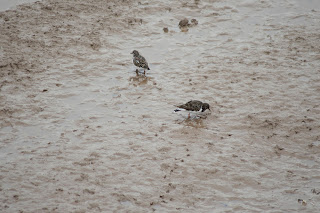 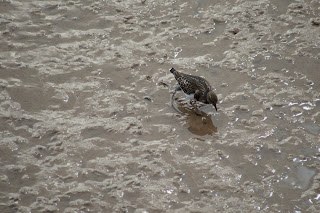 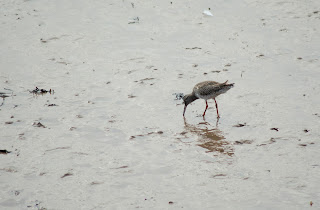 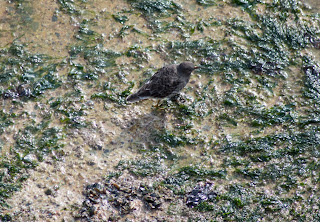 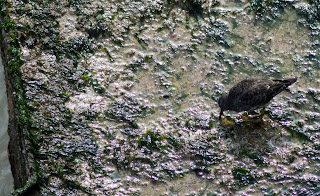 We walked along the beach a couple of times & I watched a small flock of Terns constantly flying about the waters edge, they'd land for a short while then be off again. I took a few (not great) pictures and with some help from the Yorkshire Birders group on Facebook (thank you!) I had them id'd as Sandwich Terns. Another new bird for me. 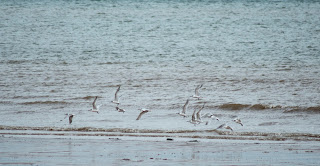 I also spotted a couple of Cormorants flying over the surf whilst waiting for the family to catch me up from their shell collecting. 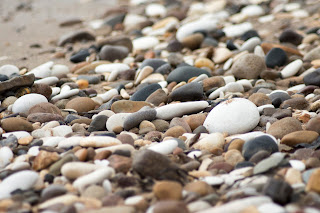 As we were close by and hadn't been before we made the trip up to Filey Dams, this time with directions, the one time we tried before we didn't have goods ones, got lost and gave up!

This time we had no problem and had the place to ourselves and stayed about an hour. Right off we had great views of a Green Sandpiper in front of the hide along with a Dunlin, again I had the help of the Yorkshire Birders on the Dunlin ID. I do struggle with some of the waders. 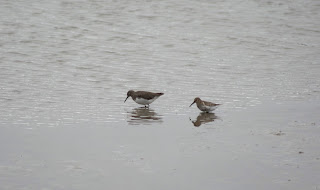 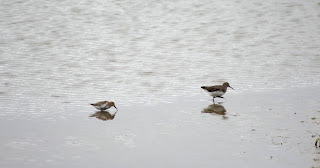 All around the ponds were Greylag Geese, noisy as always. We counted 5 Herons, a lone Lapwing, a Black Headed Gull, several Teal, Gadwall, Mallards, Moorhens and Wigeon. Woodpigeons were everywhere and a Little Egret flew out of the reeds and off the reserve. 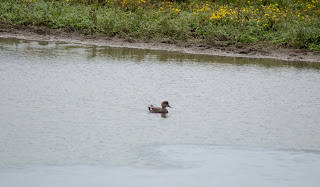 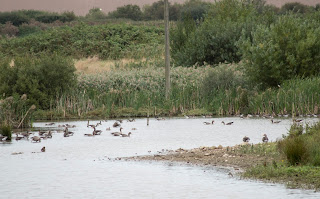 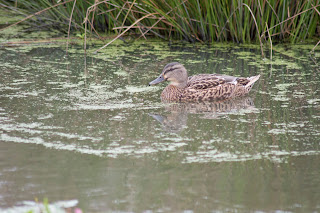 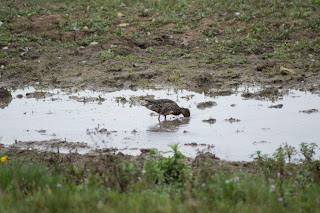 I really liked it here and was slightly envious of the houses that backed onto the Dams, if only I could live that close to somewhere like this! Apparently I can't check out how much a nearby house is up for sale for because commuting to Leeds just won't work.......... 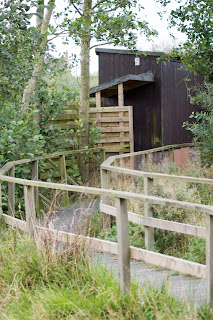 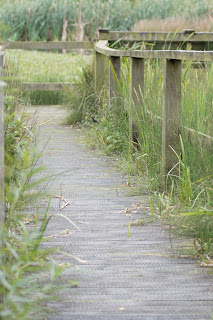