Sunday morning had us at the Wetlands in hope of seeing the Spotted Crake that's been around for the past three weeks. Regardless of the Crake the reserve is a cracking place to visit.

As soon as we arrived we were hit by the noise of the geese - Greylag - everywhere we went we could hear them, i've not seen so many in one place before! They were spooked from the far famers field (not by the scarecrow in there, which they'd clearly been ignoring) at one point and flocks of them flew to the village lake. 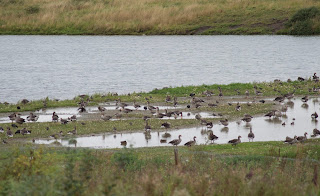 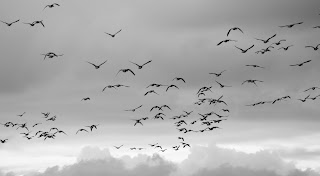 We watched Little and Great Crested Grebe from the Main Lake hide along with the usual Coots, Lapwings, Moorhen, Mallards plus a Cormorant and Little Egret. 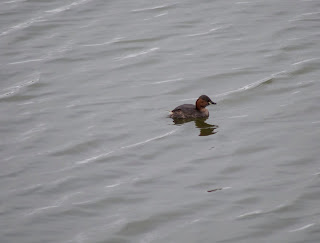 Going the through the gate at the far end by the carp lake we ended up pausing for a while to watch the various Dragonflies all over the trees and grass, beautiful to watch and not too bothered by our presence either. 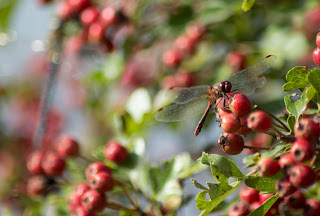 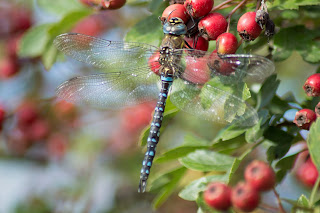 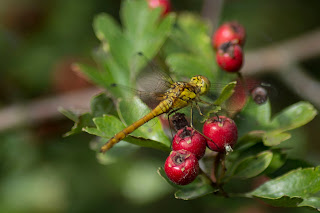 Large White and Speckled Wood butterflies were also along the path and in trees a flock of Long Tailed Tits headed in the opposite direction to us. 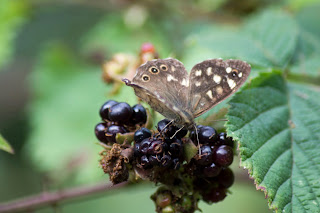 On the Far Lake was a single Greenshank, several Black Headed Gulls and a few Wigeon. So onto the Reedbed Lake, we could see where people were stood watching but the Crake was in hiding at that point so we hung around a while. Then a couple who had walked further along waved and pointed. The Crake was in the reeds down by a channel at the side of the reedbed. It took me a couple of minutes to get it but finally I could see it, no mistaking those markings! Thanks to the chap who let me look through his scope too.

So a brief view but enough to make me quite happy! By now my husband and daughter were ready to keep walking (patience is not always their forte!), We were surrounded by Goldfinch, they were constantly on the move between the trees and teasels and we counted 30 plus at one point including many juveniles.


Not such great photos but it gives you an idea of the size of the flock. 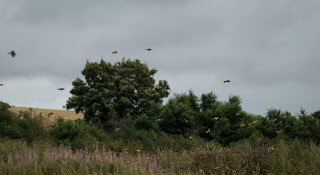 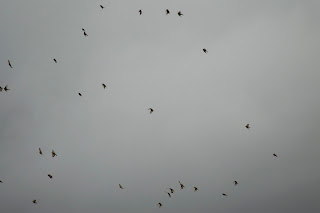 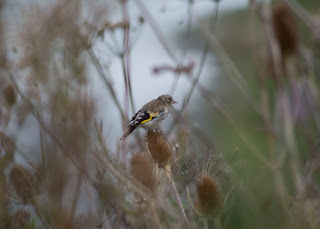 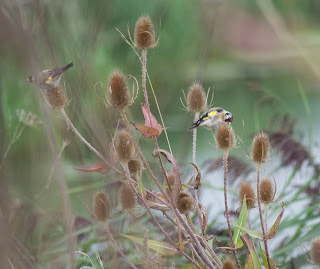 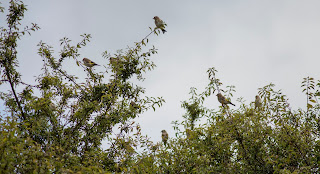 We stopped in the new hide to dodge a brief light rain shower and watched 3 Little Ringed Plovers and a couple of Pied Wagtails. A Sand Martin (I think, it happened so quick!) almost flew into the hide through the window, pulling up sharply and veering off when he realised we were there. Still not sure how my daughter didn't fall backwards off the bench it surprised her so much!

Along the path to the Turret Hide we saw a beautiful Common Blue, I just managed to catch it with it's wings open slightly. 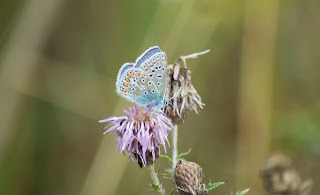 Right outside the hide were these two Common Darters. 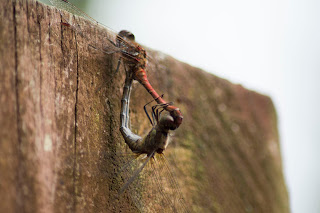 From the hide itself we saw Shovelers,Wigeon, 2 Curlews, Greylag Geese, Mute Swans, Lapwings, Moorhens, Starlings A pair of Snipe flew onto one of the little islands and further scanning picked up another pair further around the lake. 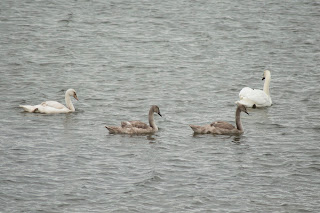 Along the path I spotted a Shieldbug on a leaf but the breeze kept blowing the leaves sideways which didn't help with a photo! 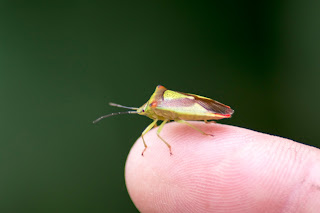 Heading back to the car these ducks were walking across the car park, they went down the path to the seating area. 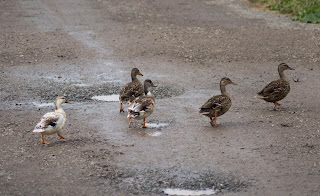 Right by the car this young Robin sat watching from under the hedge. I also spotted a Warbler, I think a Chiffchaff but it didn't hang around long enough for a proper ID. 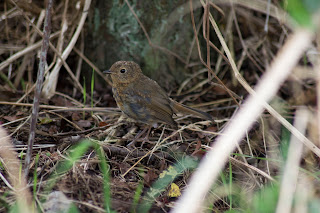 All around the reserve we were snail spotting and saw several along with a very large slug! 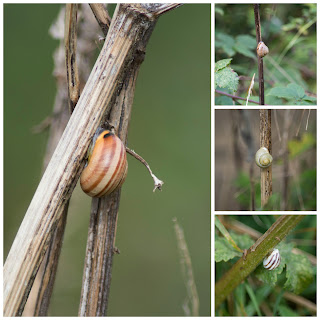 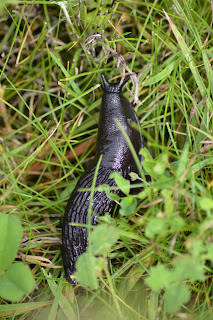 A couple more photos from around the reserve. 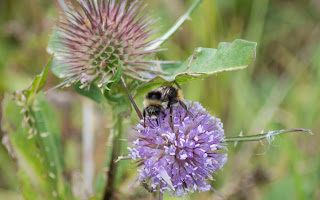 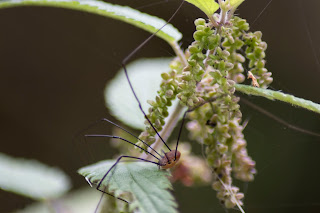