St Aidan's had a litter pick for the reserve on Sunday so we headed over to help out. It was a gorgeous day, lots of sun and very warm! Also people were swimming in the lake, i'm not sure i'd want to do that! 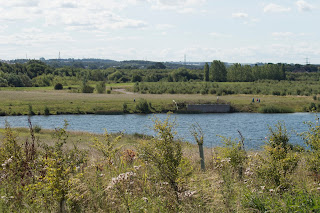 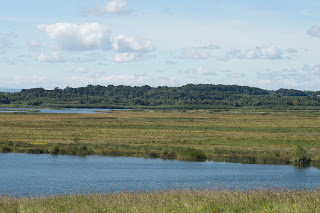 Quite a few people turned up (you can see the photo on the social media account). After  we had the health and safety chat and signed the relevant paperwork we all headed out to a part of the reserve we've not walked before via a path leading off the car park. This is definitely the worst part of the reserve for rubbish, lots of bottles and cans! 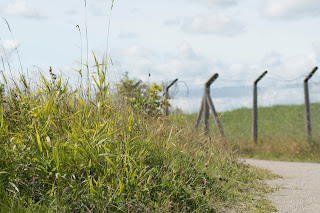 There are some lovely looking ponds around here and we'll definitely be exploring this side further next time we come. We did manage to stop and check out the Common Scoter on the lake - a new bird for me.

The banks were just buzzing with bees, flies and butterflies, the flowers looked beautiful and luckily this area wasn't too bad for rubbish. Unfortunately one of the things we did find a few of was discarded poop bags.......full ones.......i'll never understand the mentality of picking up the poop then flinging it in a bush, why would you do that?? 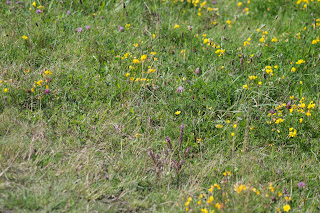 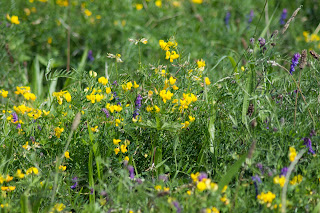 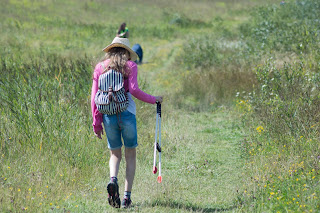 The option of heading back to the visitors centre was suggested at one point because it had got so hot but a few of us carried on. Some saw a Kingfisher fly over the path but we missed it! We saw plenty of geese though plus Lapwings, a couple of Common Terns, Cormorants, Mallards and Coots. 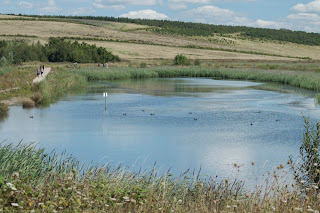 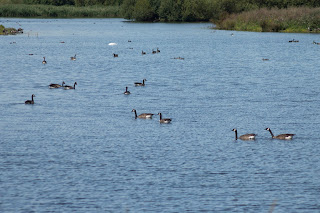 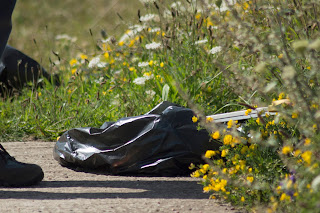 I was taking a couple of photos of the butterflies and one of the other guys mentioned that a Clouded Yellow Butterfly had been seen a little further ahead. It was right where he said it was and we watched it fly around for a little while, i've never seen one before and unfortunately only got one really dreadful photo as it didn't settle on anything for more than a second or two. Very pretty and very yellow! 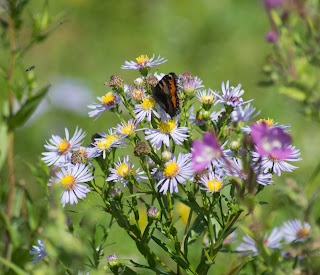 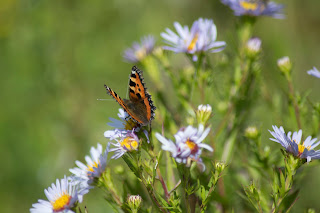 I must admit we were flagging a little as the visitor centre came back into view in the distance and we were heading up the rear of the group now. Plus we did keep stopping to look at things along the way including a Kestrel hovering in the sky and a Small Copper hidden in the grass. 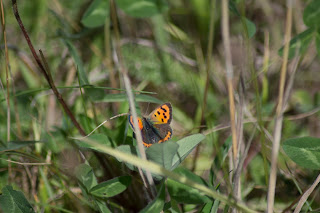 Reaching the centre we added our bag to the pile, there was quite a few, everyone picked quite a bit of rubbish along the way. We made for the tea waiting for us - the best cup of tea, much needed, thank you!! It was nice to sit and chat a while and have a bite to eat too. Everyone we spoke to today - all the RSPB folks and the folks doing the litter pick were lovely, it makes a difference and especially for my daughter as people made the effort to speak to her too, that doesn't always happen and she gets quite put out, she likes to talk!

We couldn't leave without checking out the dragline for the Little Owls that have nested there and eventually we saw two of them. 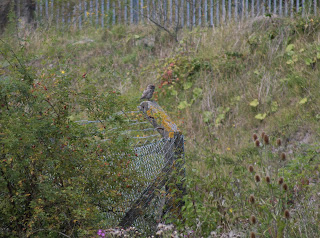 That grey blob in the middle is the owl (honest!) 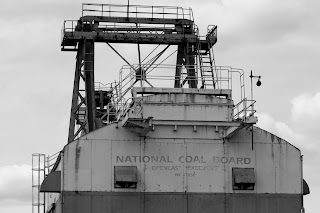 We really enjoyed today, it's a shame there is litter to pick in the first place of course but it's great to get people involved this way. We'll be happy to help out at the next one!