We've finally managed to finish our little pond area this past couple of weeks, though i'm still trying to find a couple of extra hidey holes for the bugs and hopefully frogs/toads. 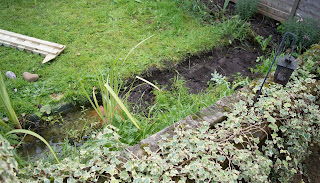 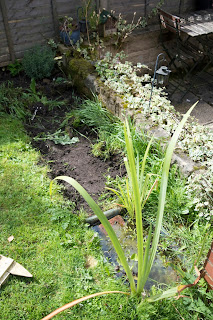 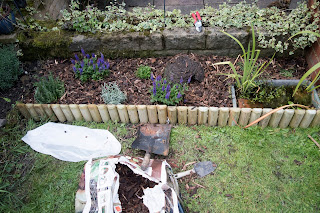 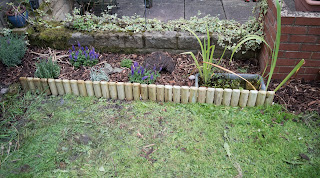 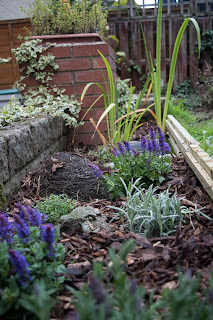 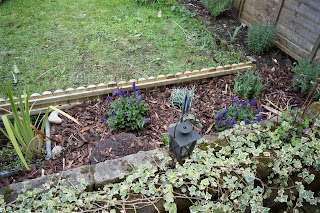 In other garden news my noisy Starlings seem to have moved on, only 3 or 4 are lingering at the moment. The Swifts are also gone but have been replaced by House Martins, lots of them flying all around the house and gardens and all up the street. A flock of Long-tailed and Blue Tits have swept through the gardens a few times, twice bringing with them a Chiffchaff and a young Dunnock and once a Willow Warbler - they're a joy to watch. The LTTs are constantly chirping, you can always hear them long before you see them. 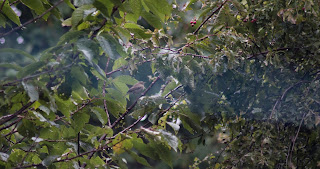 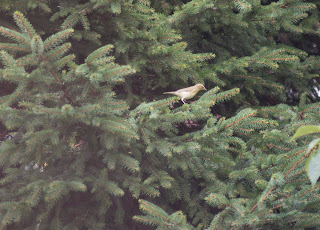 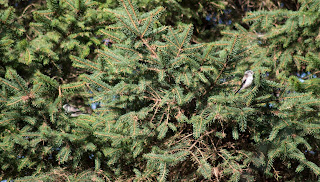 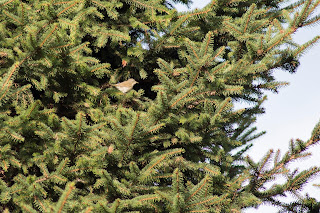 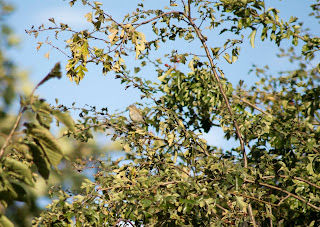 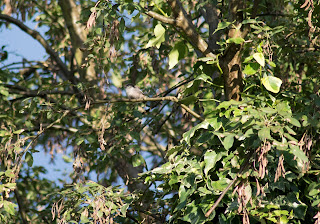 The Sparrows are still making the most of the bird bath and feeders in the front garden. A Wren has started making an appearance on a regular basis. A few feral Pigeons took up residence in a nearby mill that's being (slowly) refurbished when they opened up some of the windows and didn't fit new ones. A couple of days ago one actually ventured into the garden, it's the first time since we moved in that we've had one do that! Collared Doves are still regular visitors too. 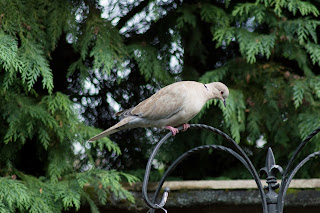 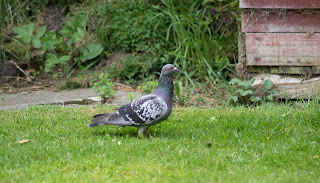 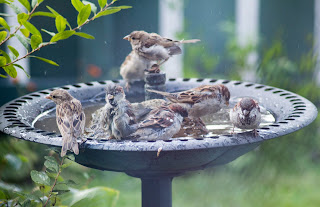 My daughter spotted the Wren in the Budleia outside the window but I could only grab this shot before it was gone. 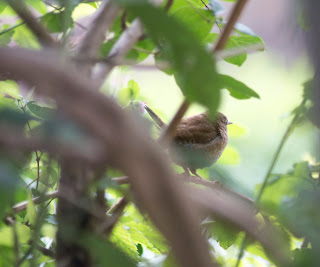 Overhead there's been a lot of Gulls, we're on a 'flight path' and they're on the move right now, Herring and Black-headed, possibly Common too but not a good enough view to be sure.   There was even one flying over in the dark a few nights back, squawking with every flap. 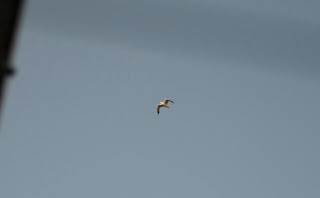 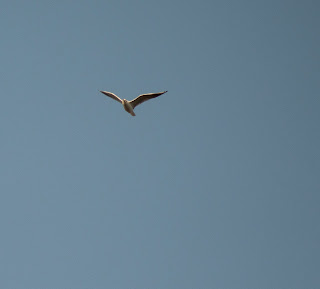 The Foxes are in every night after dark - rarely together but we can tell them apart by the amount of white on the end of the tails. The squirrel is in regularly and I caught it destroying one of the feeders after it cleared the feed tray of nuts! We see a Bat or two flying around the garden at dusk. Just this morning I discovered Hedgehog poop by the feeder, good to know they are still around too. 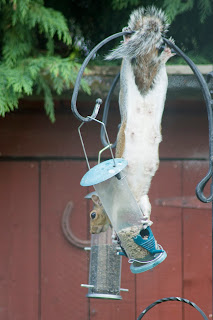 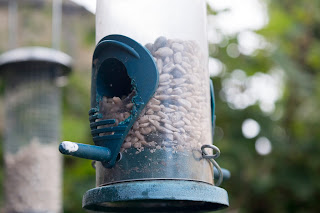 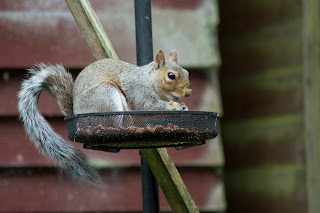 This Grasshopper jumped through our patio doors at the weekend and ended up in the dining room. I managed to nudge it on to a pencil and put it back out in the garden where it wondered around the ivy for a while. It's been a long time since I saw one in the garden. 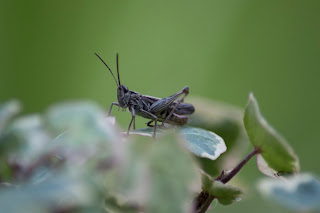 I thought when I started this post that it's been quiet in the garden but after reading this back I realise it really isn't!