At the weekend we drove up to Leighton Moss for the first time since 2013!

We were there mostly for the Bearded Tits, which have been showing well at the grit trays they have for them. A helpful chap in the visitor centre pointed us in the direction of the boardwalk, which wasn't there last time we were and also mentioned about the Purple Heron that had been around for about 5 weeks. We stopped to look at a couple of Caterpillars along the way, i'm not sure what they are though? 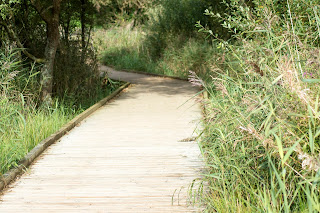 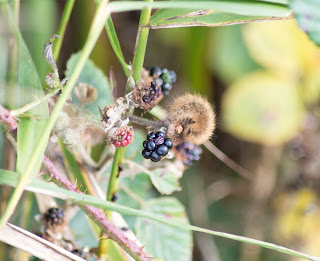 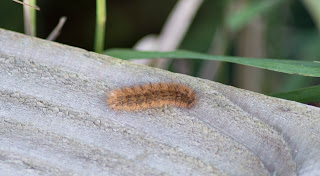 On to the grit trays where a few people were stood including a couple of guys packing up their cameras............with no sign of the Bearded Tits. We hung around a good long while, kudos to my daughter whose attention span waned pretty quickly she handled it well! My husband watched Buzzards and House Martins overhead and I just watched the trays........nothing. Honestly these birds just know i'm coming, apologies to anyone who was stood alongside me they're just not going to show whilst i'm there, they continue to be my bogey bird!! 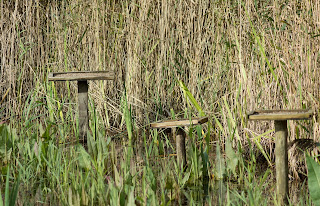 Oh well moving on. We walked to the Causeway Hide, this is new to us too, it's got great views over the Causeway and is quite spacious too. A Heron was sat right outside along with a Swan and a Moorhen. On the island Greenshank, Redshank, what looked like a Snipe, but it ducked out of sight too quick to be sure and Gadwall. Then the guy next to us spotted an Otter swimming over from the right, it eventually made it's way right across the front of the hide and we watched it dive in and out of the water - my first wild Otter, my daughter loved it too. 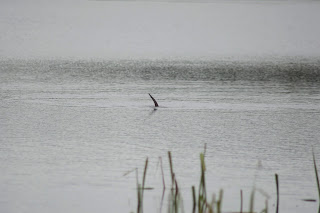 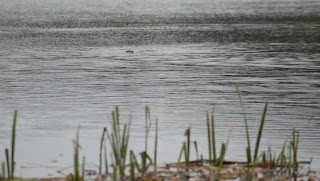 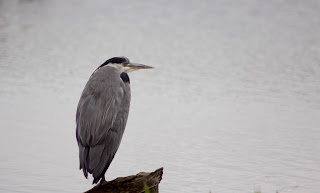 We walked around to the lower hide and the path along the way was full of Robins and Great Tits and a very inquisitive Pheasant! 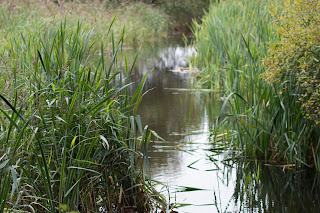 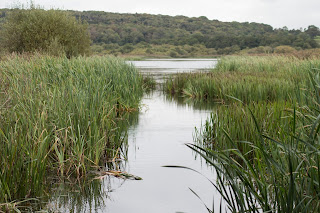 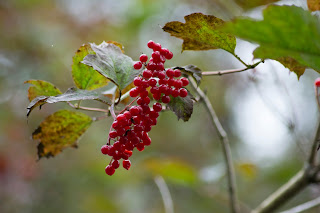 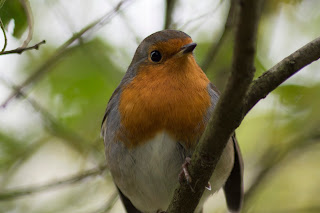 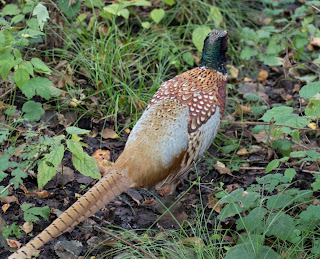 Just outside a couple of frogs were in the water. 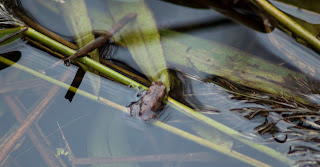 It was fairly quiet from the hide with a few Mallard and then another Otter was spotted off in the distance, we could just see the head poking out of the water!

Stopping for lunch, we sat at the picnic tables and were serenaded by a Robin, which kept flying under the table. When we rustled a bag Pheasants came running, they must associate the sound with food!! In the trees we saw Chiffchaff, Chaffinch, Magpies, Blue Tits and Great Tits.

The Skytower was also a new addition, we climbed to the top and had lovely views of the reserve. A Marsh Harrier was flying in the distance and a couple of Herons were about - neither of them purple unfortunately. 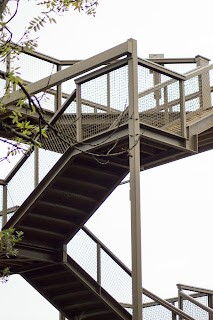 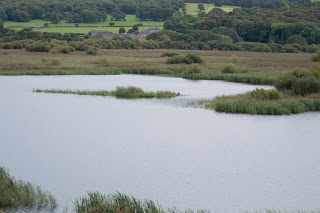 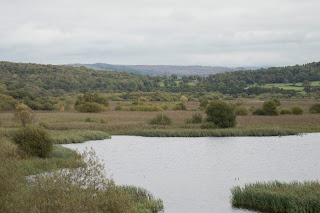 Along the paths we stopped often to watch the birds, they don't seem to be too bothered by people and were lovely to watch, we saw Nuthatch, Robins, Great, Blue and Coal Tits, Goldcrest, Chiffchaff/Willow Warbler and a Vole in some logs by the path. 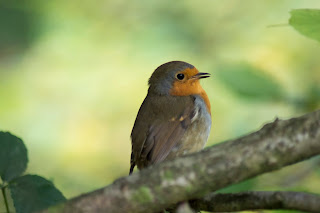 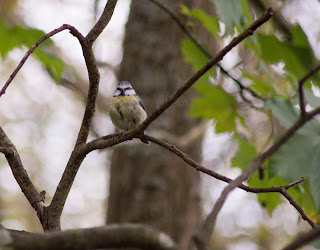 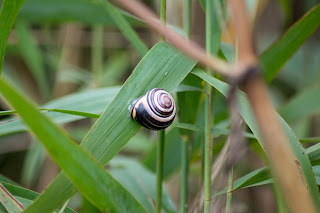 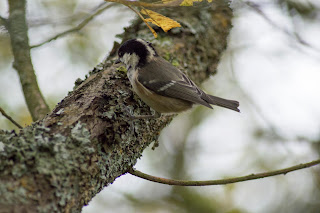 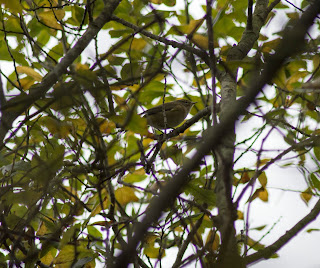 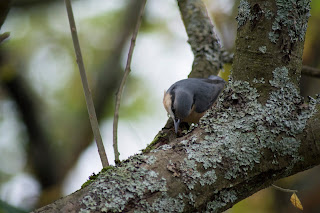 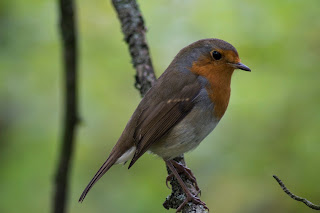 From the hides we saw Teal, Gadwall and Snipe. 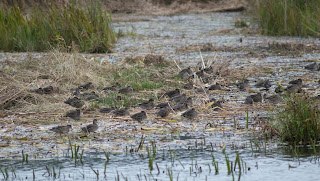 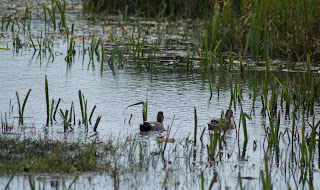 We moved on down then to the Coastal Trail to look out over Morecambe Bay. The pools from the hides were full of Redshank and Lapwing. A few Dunlin too and on one of the island two Ringed Plovers. We could see Little Egrets in the fields in the distance. 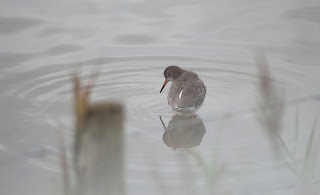 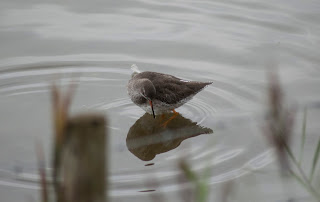 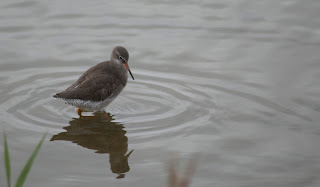 By the entrance to the reserve there were a couple of large flocks of birds in the trees, Goldfinch with several Juveniles in one and then Greenfinch, Chaffinch and Tits in the other.

A Robin sang from the trees as we left. A good day despite the lack of Bearded Tits! 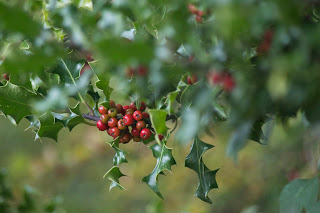