Saturday morning was spent walking around the park and dam. We were harassed a little by a Muscovy Duck by the lake that seemed intent on untying my husbands shoelaces! 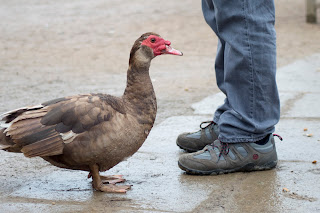 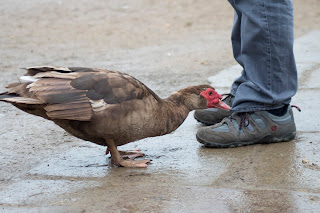 The birds on the lake were on form as usual, the noise from them was a little overwhelming, they were expecting food of course. 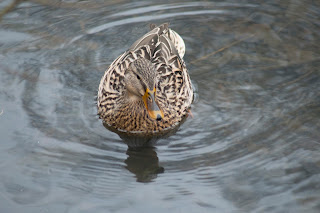 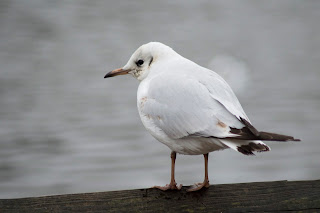 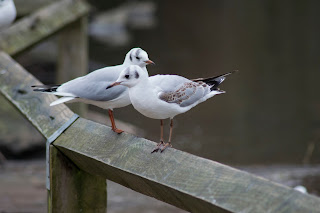 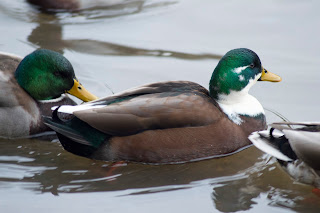 We stopped at the little clearing where the birds and squirrels are fed, it was a little quiet but there were Jay, Nuthatch and various Tits around in the trees. We spoke to a chap there who was a regular at the dam and had a chat about the birds around the area. 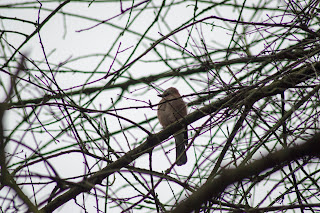 At Adel Dam we sat and watched the feeders a while from the first hide - GS Woodpecker, Tits, Squirrels, Chaffinch, Mallards and Robins. Overhead a Red Kite flew past. 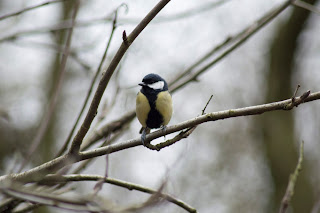 Elsewhere it was quiet no sign of any Mandarin or Kingfisher. A few Teal were in the distance on the main lake. 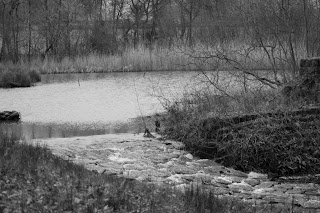 It was a pretty miserable day and we took time to have a cuppa in the cafe before heading out. We were on a Hawfinch hunt now and headed across to Ilkley using the scenic route, hoping for Curlews in the fields but there was nothing.

Hawfinch have been seen on and off at Ilkley cemetery for a while and today of course they were off!! We spoke to a guy who saw one earlier in the day and also saw the guy from Adel Dam but as far as I know they weren't seen again that day. Still we had a wonder around and saw quite few Goldcrest in the trees. It was raining a little and we decided to call it a day! 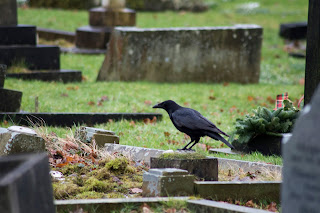