I saw on twitter recently about a Whooper Swan on the lake at Roundhay Park, it had been injured last year and once released had stayed with the Mute Swans there. So Saturday morning my daughter and I jumped on the bus and headed over there.

It was freezing but so beautifully sunny it didn't really matter about the cold. There was a park run happening when we arrived with the finish line not far from the top lake where we usually walk first so we bypassed that and went straight to the main lake. 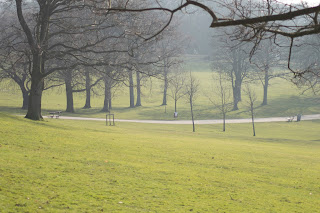 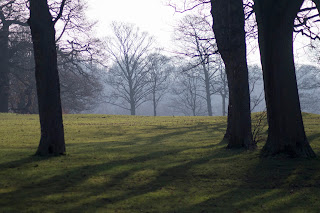 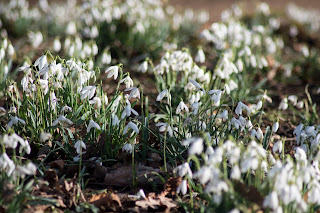 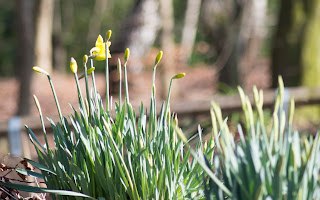 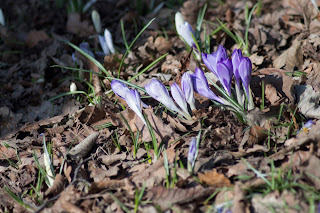 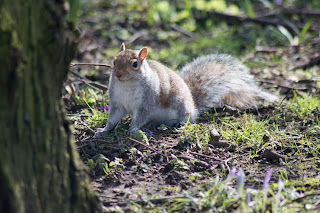 There were a lot of corvids all over the park - Jackdaw, Rook and Crows, they were not in the least bit bothered by the people around, in fact one strutted it's way down the path towards us like we weren't even there. 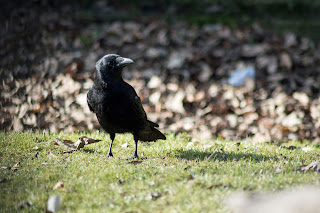 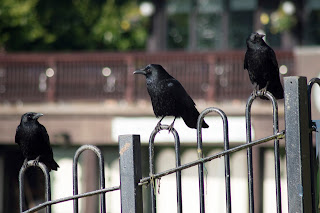 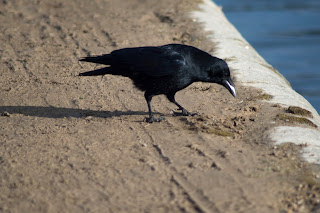 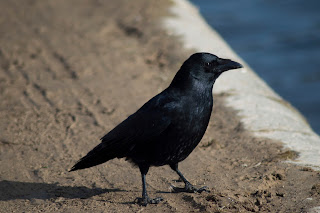 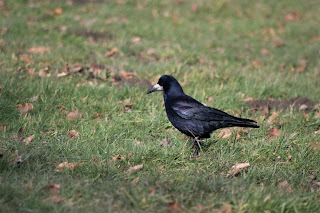 At the lake straight away we were honked at by a farmyard Goose that was with all the Canada Geese along side the fence. We had bought some food from home (not bread), my daughter was in charge of that......do you ever grow out of feeding the ducks?!

As soon as we got past the fence the swans and ducks headed straight for us and you really couldn't miss the Whooper, the bright yellow beak a stand out against the others but then the noise it made was quite unique and to be honest had my daughter in hysterics. It was quite a fiesty little thing and held it's own amongst the Mute Swans, they were all a bit nippy with their beaks. A few Mallards and Moorhens made a bit of a half-hearted effort at going for the food but they didn't stand a chance - too many long necks 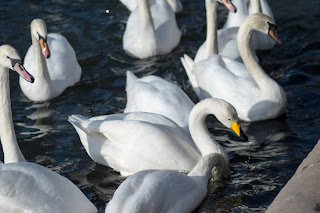 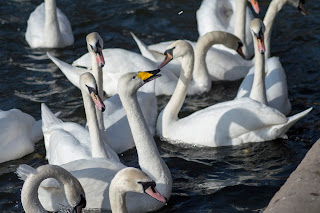 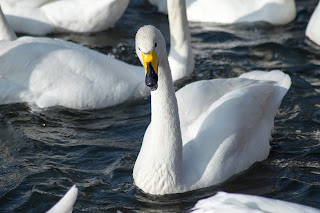 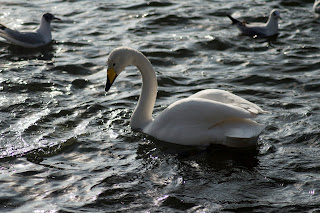 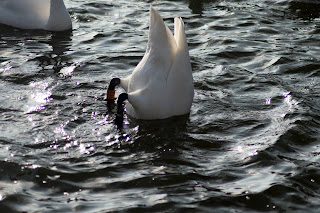 I must admit I took an awful lot of photos of the Swans and the noisy Black-headed Gulls that descended, they looked quite beautiful in the sunlight. 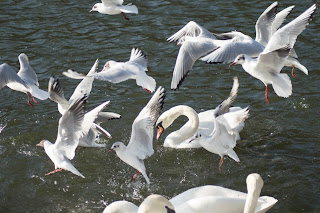 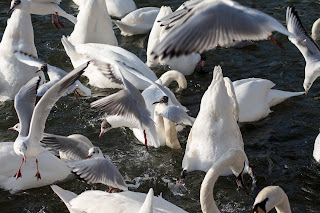 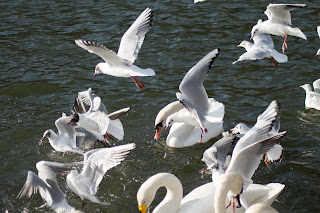 We walked around part of the lake and saw Cormorant, Tufted Ducks, Coots, Moorhen and one Teal hidden in the overhanging branches. 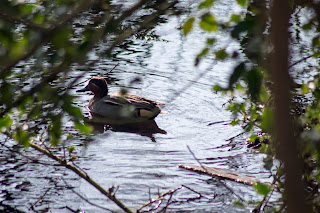 On to the top lake were more Swans, Mallards, Tufted ducks, Black-headed gulls, also a pair each of Gadwall, Goosander, a single Herring Gull and overhead a Sparrowhawk. 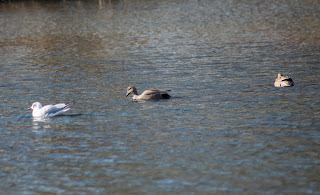 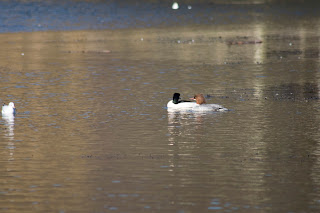 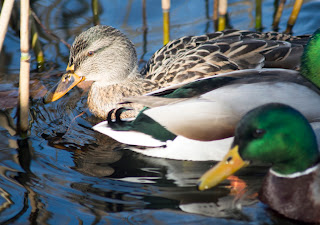 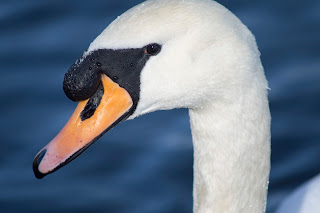 Waiting for the bus outside the park entrance a Sparrowhawk dashed across the road in front of us and a Red Kite was flying above the trees. Perfect way to end our visit. 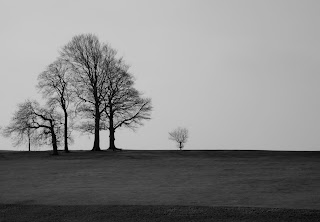 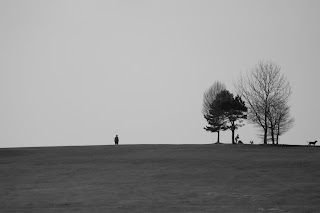