We spent a couple of hours at Old Moor last Saturday morning. There was a colder vibe in the air, it was definitely Autumnal and we saw fungus and plenty of berries around the reserve. 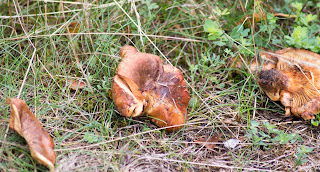 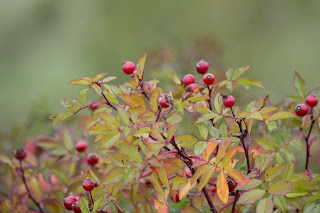 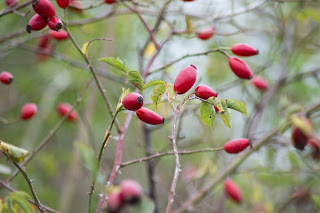 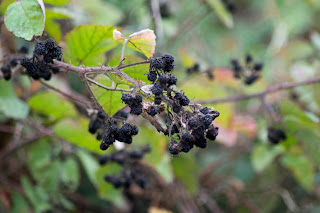 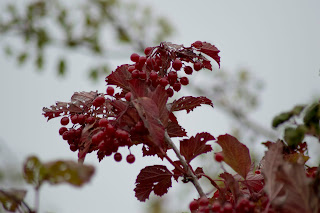 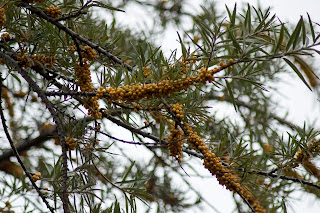 The Sunflower field was still full of flowers 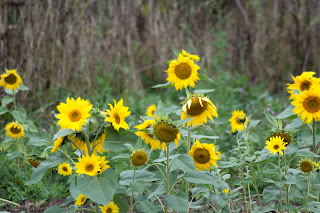 We went first to the Reedbed Hide where we watched a Little Grebe successfully fishing right in front of the hide. There were Great Crested Grebes, Swans, Gadwall, Coot ,Heron, Moorhen, there had been a Spotted Crake seen from here over the past couple of days but we didn't see any sign. 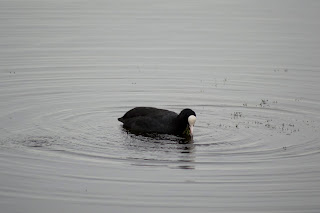 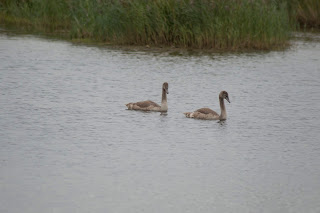 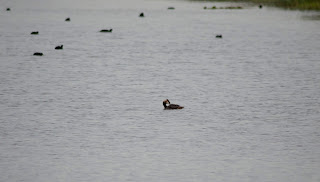 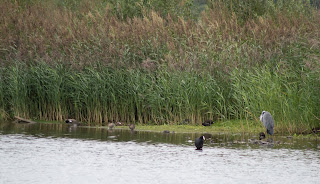 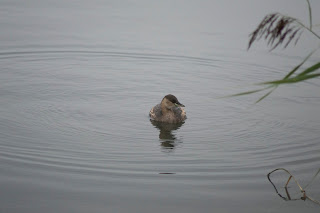 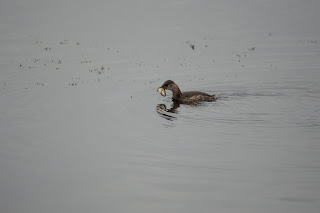 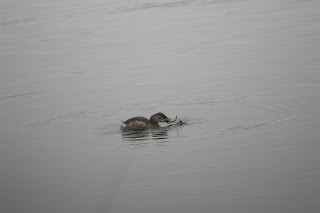 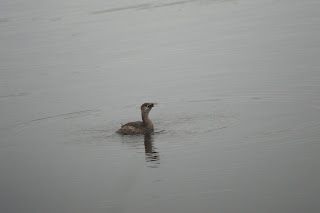 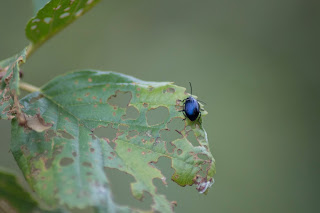 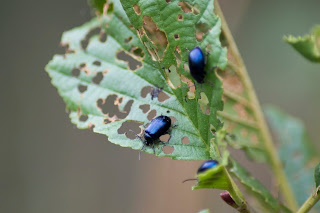 A Kingfisher flew across the path in front of us at one point but we couldn't see where it had gone. We saw a rabbit on the bank of the Mere and watched Canada Geese and a lone Common Gull. There were lots of Lapwings, which often flew up in a panic as they seem to do. We managed to pick out a couple of Golden Plovers in with them at one point though there was a large flock of Plovers there we only saw them flying off in the distance. 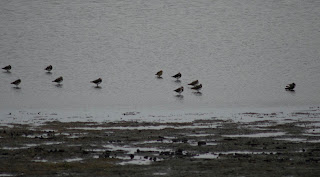 Through the viewing screen onto the apple trees we saw a Robin and a female Blackcap. From the hides we saw Spotted Redshank, a Dunlin, Greenshank, Teal, Chiffchaff, Shelduck and Pied Wagtail. Possibly 3 Black-tailed Godwits too but they were a bit distant for me to be sure. 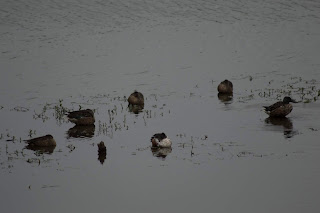 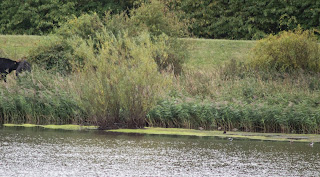 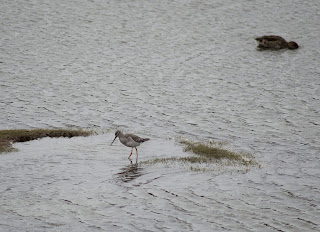 We took a look at the Tree Sparrow Farm, where we accidentally spooked a Pheasant, a Squirrel was trying to bypass the Squirrel proof feeders and the odd Great Tit and Goldfinch were in the trees. 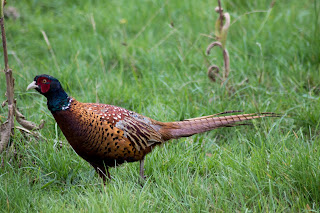 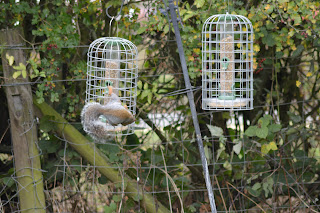 A good morning and three new birds for the year too.
Posted by Pam at 20:02