The week after Cleethorpes we headed east again, this time to Blacktoft Sands and then North Cave Wetlands.

At Blacktofts we stopped in the reception first and had a chat with the wardens there. A Wood Wasp was on the window, they are amazing looking wasps and I thought i'd taken a photo but I can't find one!

Wasps had also taken up residence in a large nest by one of the paths so they'd had to arrange a slight detour as the wasps can get a little irate! There is also work going on at the Ousefleet end of the reserve to clear a build up of silt and though it didn't really affect us much.

The difference though with the view from the Ousefleet hide compared to the last time we were here in April is immense, not a drop of water to be seen and the only birds we saw were around half a dozen Yellow Wagtails following the Konick ponies around. 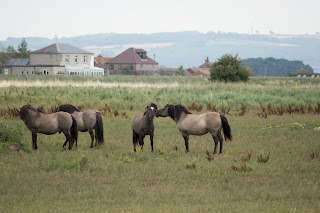 The field by the Ousefleet trail was being plowed as we walked along and there were a lot of Gulls in the area, mostly Black-headed but a few Herring and Lesser Black-backed too. There were a few butterflies along the trail, Small and Large Whites and Speckled Wood, it wasn't the sunniest of days though. 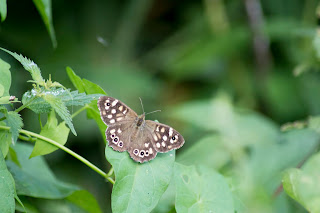 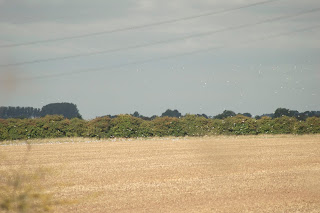 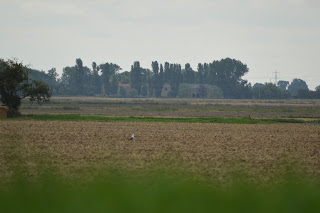 On the lagoons we saw amongst others Avocet, Black-tailed Godwit, Dunlin, Canada Geese, Snipe, Green Sandpiper, Pied Wagtail, Stock Dove and a Cetti's Warbler called briefly too. I didn't take a lot of photos as the birds were distant. 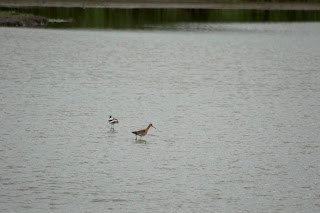 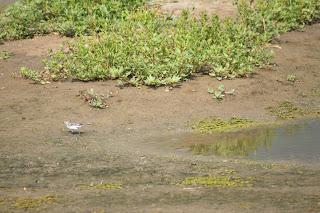 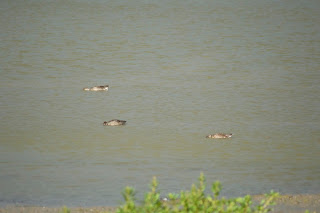 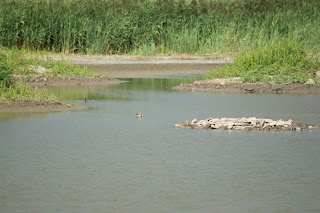 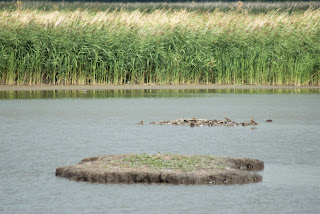 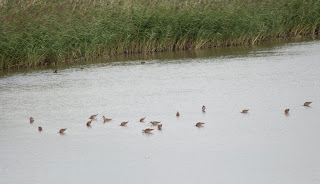 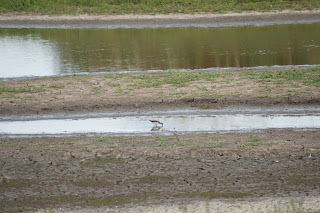 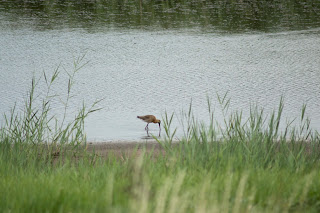 We stopped to have lunch before heading off and this scruffy looking chap decided to join us. 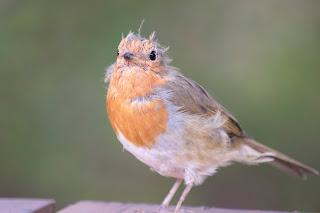 Onto North Cave Wetlands, it's not much of a detour to visit here, we only discovered it about ten or eleven years ago thanks to my Uncle who lived in nearby Gilberdyke. He decided the family weren't seeing enough of each other and arranged a yearly get together, it was for one of these that we discovered the Wetlands, sadly both he and my aunt have passed away now but I always think of them when we visit the wetlands.

It was quiet people wise and had been all day really, we had picked the weekend of the Birdfair so i'm thinking a lot of folk where there instead! There were however birds in abundance including a lot of Greylag Geese everywhere! 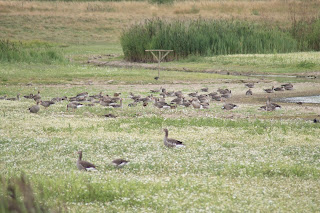 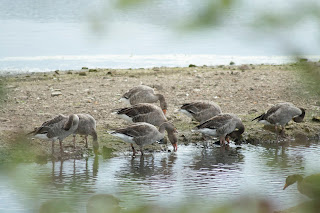 We were watching a couple of Blackcaps in the bushes from the Turret hide when a Fox wandered out of the bushes for a minute before disappearing again! 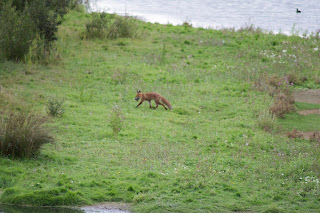 There were a few dragonflies on the paths, they didn't stay still for long but I grabbed a couple of photos. 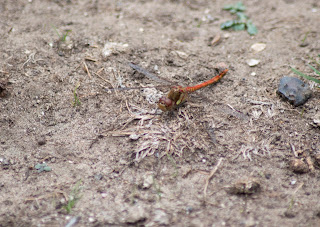 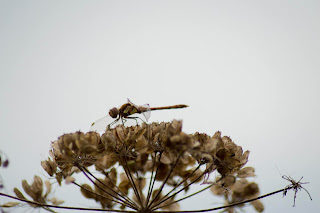 We also found a beautiful Grasshopper by one of the benches, they always amaze me how intricately detailed they are, I think this is a Meadow Grasshopper. 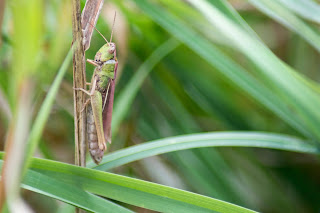 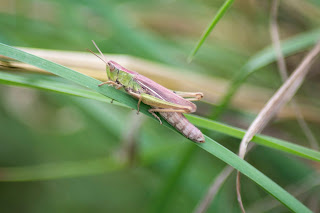 This fly settle on my husbands hand for a couple of minutes, it's quite a beauty as flies go! 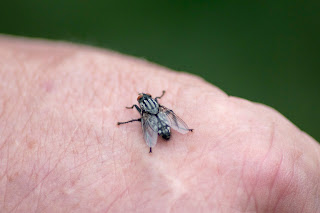 A few more photos from the walk. 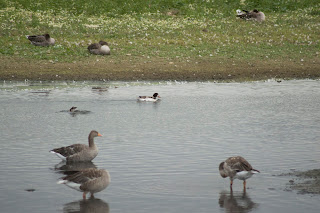 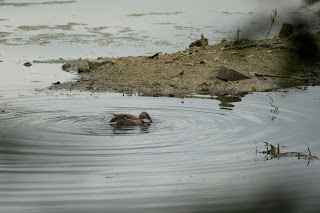 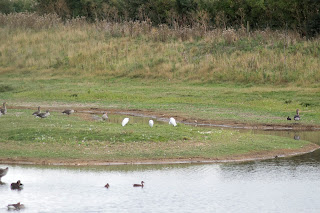 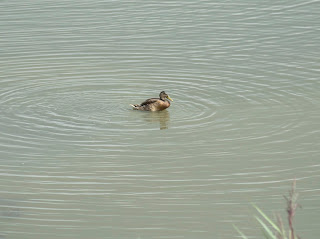