A couple of weekends ago the weather was dreadful non stop rain all Saturday and Sunday started off with showers, we waited till after lunch as it was supposed to ease off and headed out to Fairburn.

We got showers and sunshine on the way there and the sun was still out when we arrived. The wind was howling through the Pick-up hide so we lingered only long enough to pick out Gadwall, Mallard and Coot on the Water.

There were plenty of smaller birds in the trees and at the feeders - Great, Blue Tit, Reed Bunting, Chaffinch, Dunnock, Tree Sparrow, Goldfinch.... 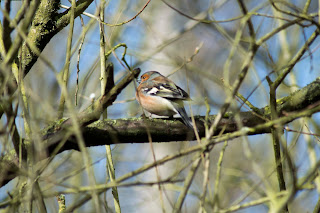 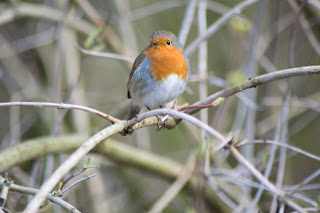 There were a few Gulls down in the big hole mostly Black-headed and a smaller Pipit type bird perched on a rock that we couldn't pin down due to the strong winds and not being able to stand still! The sun was shining though so we continued on to the Coal Tips, seeing Shoveler, Geese and a few ducks.

A big black cloud loomed in front of us and we were hit by a sudden huge hailstorm, which combined with the wind on the open tops was not the greatest moment ever, luckily it didn't last long but we decided to abandon our walk round as the weather was just too changeable.

The hail being blown side ways 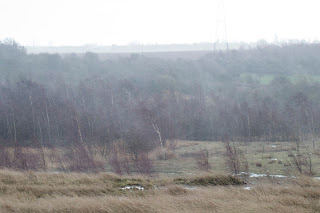 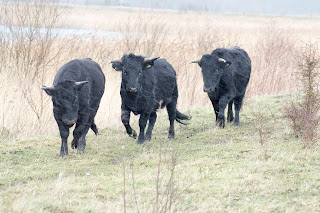 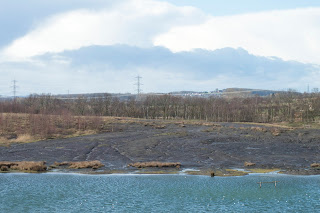 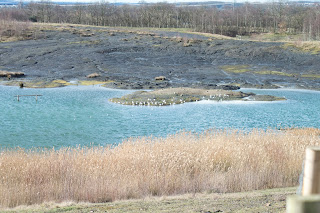 We warmed up with tea in the visitors centre and got some food for the ducks on the lake. Of course as soon as we headed for the lake the hail started again but we just went anyway! The ducks didn't seem bothered and were straight on the food. 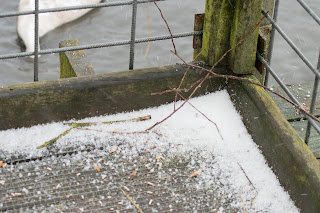 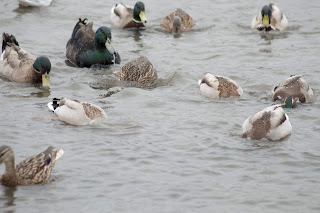 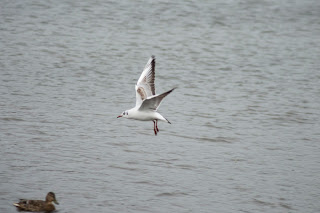 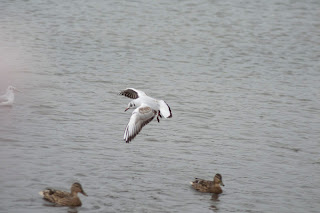 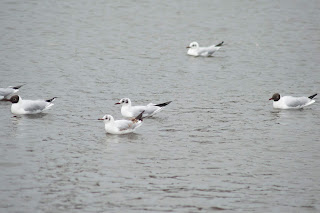 Although the weather was at times atrocious it was good to get out of the house. On a side note the weather didn't get much better and Fairburn ended up being closed for a couple of days due to flooding earlier this week.