While visiting my parents on Saturday I took a walk around Yeadon Dam and Nunroyd Park, places I spent a lot of time at as a child and don't visit enough now!

The weather was good (I know shocking to hear!), the sun was out and it was quite spring like. We were at the dam early enough for it to be fairly quiet still, just the odd dog walker. Someone had dropped seed on the jetty for the ducks. Sparrows, Swans and Gulls were enjoying it too. 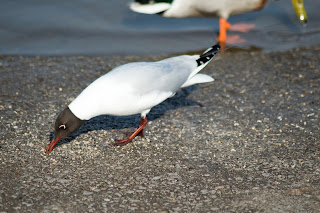 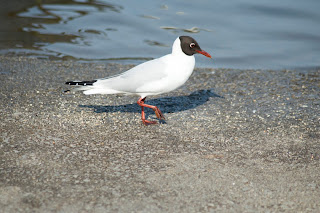 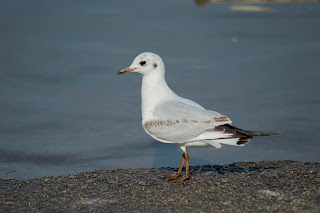 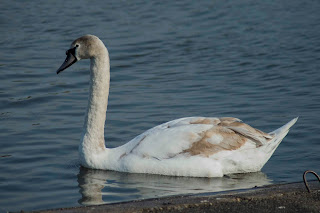 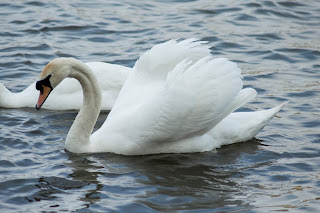 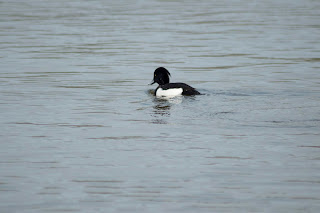 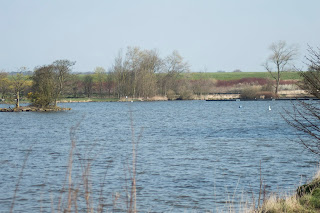 One of a pair of Great Crested Grebes 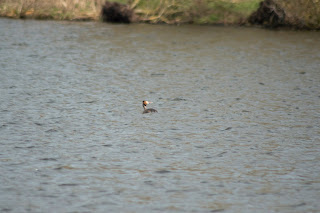 Around the ponds at the back we could hear Chiffchaff, Wrens, Goldfinch and over the airport runway a Kestrel was hovering. 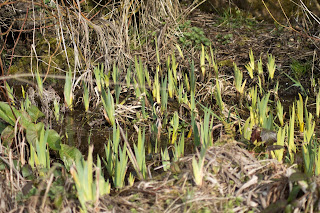 These three farmyard ducks were chasing Mallards all around the dam 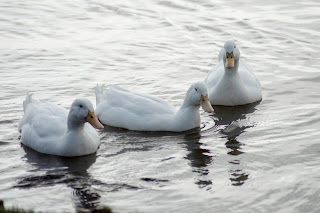 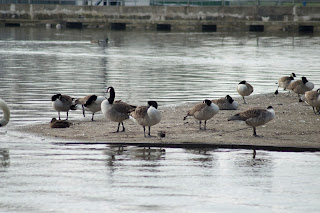 At Nunroyd it had warmed up further and the park was full of birdsong with Chiffchaff, Blackbird, Blue Tit, Greenfinch, Goldfinch......Crows were cawing and chasing Woodpigeons, overhead a Red Kite and a Buzzard were circling. 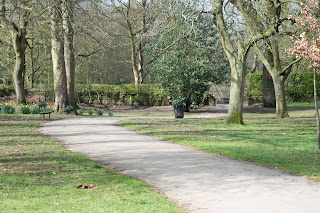 I'm not sure what this bee is? 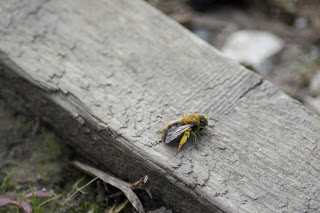 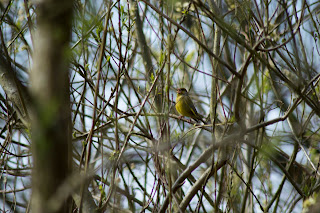 Crows peeling bark off the trees 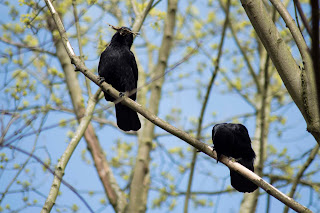 So starts my yearly series of Warblers shot from underneath as they never get down to eye level!! 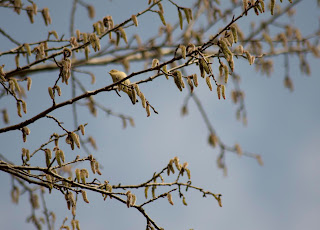 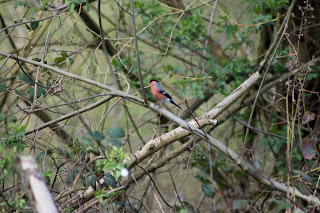 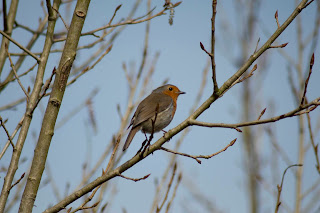 On the pond we saw a few Mallards, a Moorhen, a farmyard duck and the infamous Swans! The pond here is well watched and a Swan pair successfully reared cygnets last year but unfortunately the male Swan died despite the best efforts of the Swan Rescue. The female has found a new mate it seems and I watched them do a lot of synchronised head bobbing on Saturday, they've been seen rebuilding last years nest too. 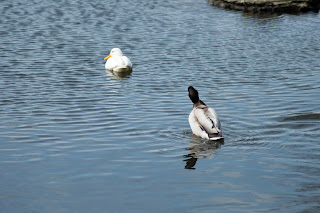 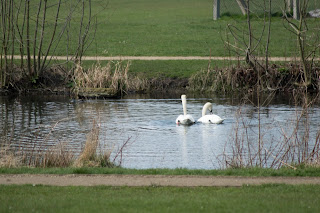 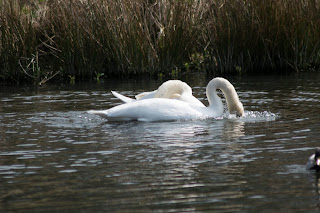 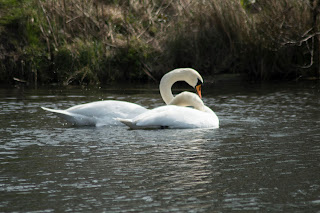 A Red Kite followed us out of the park 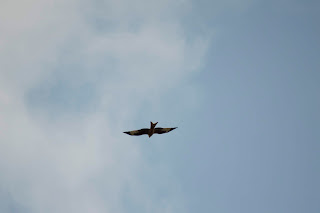