We spent some time at Potteric Carr on Monday, it's only the second time i've been and it's changed a little since last time with a lovely new visitors centre/cafe.

It was cold and there was plenty of frost and ice around, the sun was a bit hit and miss but did melt the ice in places during the day. The sun hitting the reeds did look beautiful though. 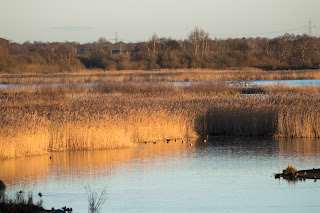 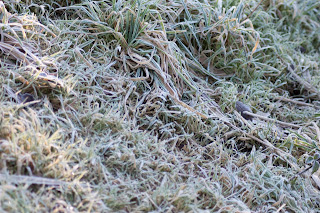 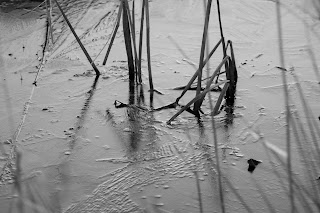 Walking in the woods around the Beeston Plantation brought us plenty of Long-tailed Tits (which were actually all over the reserve), Redwings, Blue and Great Tits. Plus we spooked a couple of Roe Deer, I always love seeing them, even if the view is of the white tail bobbing as they're running off!

We spotted a snipe on the Willow Marsh and even more LTTs were around the hide. 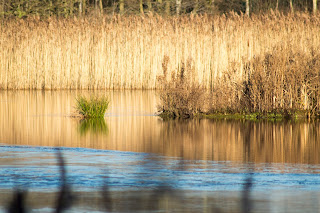 If you get out a magnifying glass you can just see the snipe on the edge of the island!! 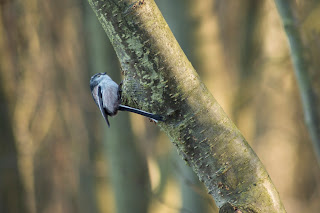 The sun didn't make for good viewing out of the Willow Pool hide, far too bright, but there were Rats, Pheasants, Chaffinch, Tits and Mallards there. I managed a couple of bad photos but the sun glare wasn't great. 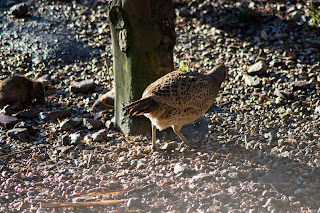 Down on the marsh walk and it was a little quiet at first, picking up Shovelers, Little Egret, Gadwall and Goldcrest at Piper Marsh. We spent a while in the Roger Mitchell hide and saw a couple of possible Bearded Tits but frustratingly not enough of a view to say for sure! There was plenty of Gulls, a Water Rail running backwards and forwards between the reeds and a Marsh Harrier flying over the reedbeds in the distance.

In the meadow by the hide a pair of Stonechats were showing beautifully alongside the path. 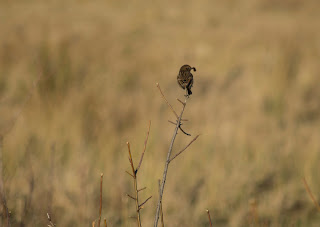 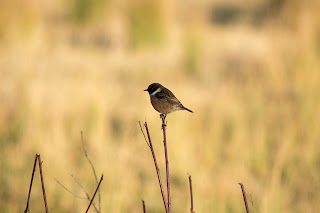 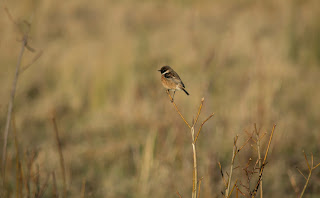 We watched a group of Shovelers all swimming together in a circle, i've never seen this before, the photo is a little dull as light was fading but you can see them all huddled together. 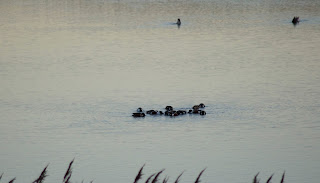 One of the many Long-tailed Tits we saw, this one shaking a tail feather! 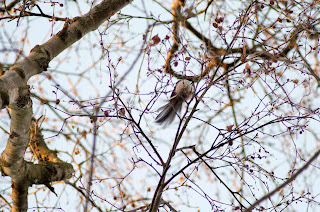 And a Goldfinch in the sun. 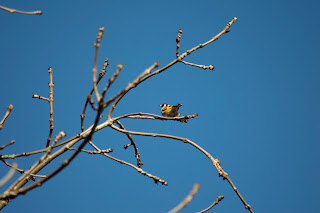 There was a lot of fungus on the reserve, these are a few of them 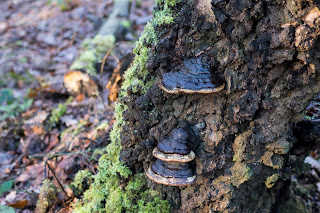 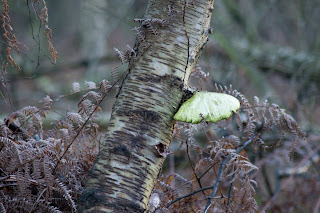 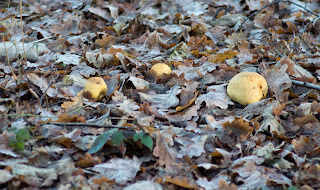 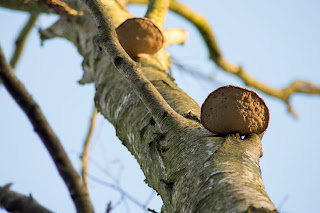 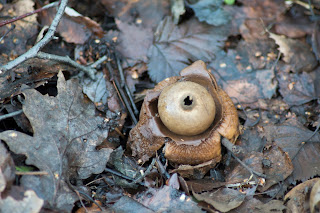 This one was my favourite though i'm not sure what it is?

As we headed back to the visitor centre we realised we'd seen almost 50 species and I commented it would be great to see an owl now to finish off the day. A lady by the centre said we'd just missed a Short Eared Owl (a bird i've never seen)! Typical!

We ended up staying and watching the Starling murmuration after using the facilities, lucky we did as the Owl made another appearance - day made! 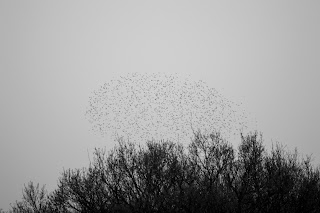 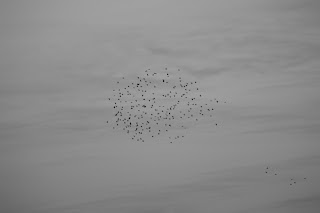 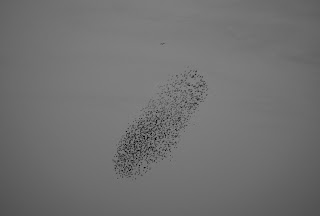 You can just see the owl here above the flock
Posted by Pam at 19:11