We tried on Sunday morning for the Waxwings in Guiseley after noting on twitter a report of a few lingering around McDonalds there. No luck with those but we did make use of the McDonalds!

Up to the tarn for a walk hoping it wouldn't be too busy but our breakfast stop put paid to that so there were only a lot of noisy water birds about and nothing in the trees/bushes around apart from a couple of distant Goldfinch. Oh and the ever present House Sparrows by the boats of course. 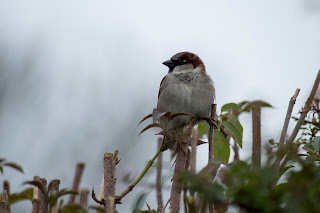 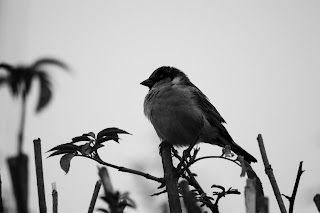 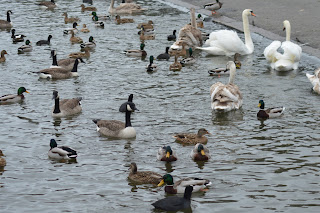 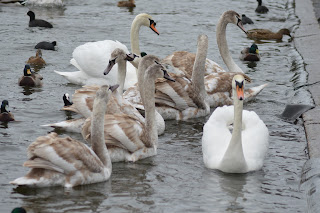 The usual birds were on the water, Mallard, Coot, Moorhen, Canada Geese, Mute Swan,Tufted Duck and a lot of Black Headed Gulls. I managed to pick out three Common Gulls amongst them too. The model boat club was running off the jetty and they were selling duck food so we picked up a bag of that so my daughter could feed them before we left. 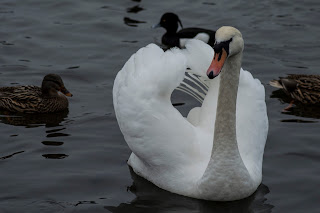 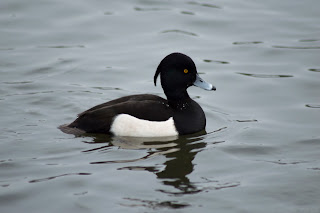 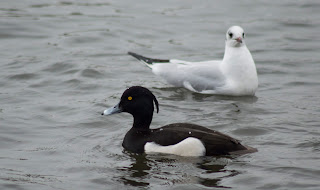 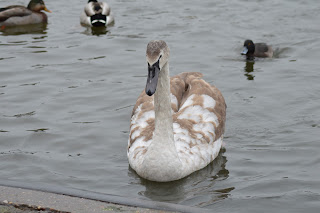 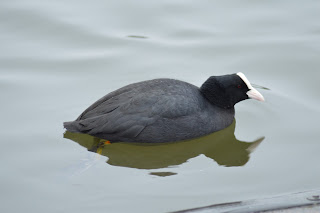 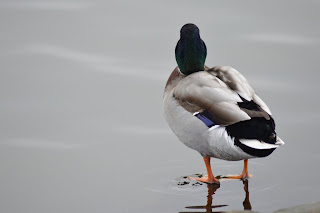 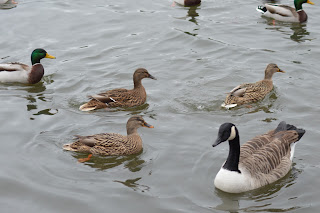 A visit to my parents and I checked twitter whilst there and noticed a tweet about Waxwings in Crossgates. A detour on the way home, I think so!

It was worth doing we saw the Waxwings at the top of a tree near the roundabout and managed to find somewhere to park to get a few distant shots in the gloom, they stayed at the top of the tree for a while and we counted around 70 before they flew off. A very happy end to the day! 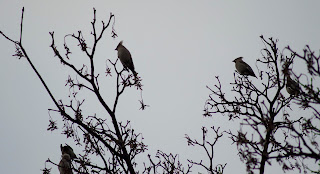 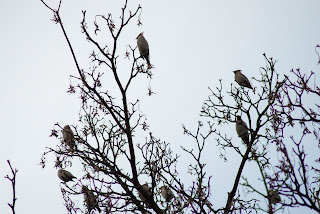 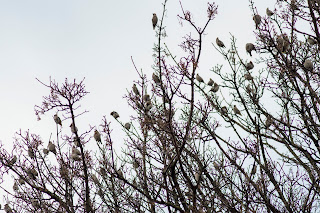 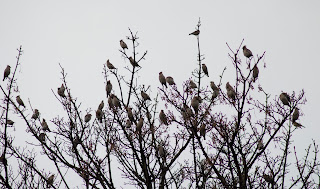 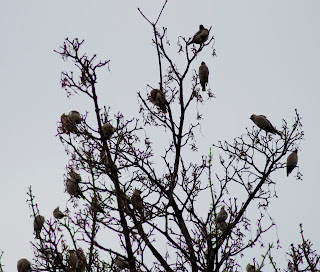