New Years Day opened with rain and freezing wind. The birds were in hiding, it took a while before I spotted my first of the year - a pair of Collared Doves.

The family were not stirring due to the late night/hangover so I headed out for a short walk around the town. It was mostly a futile attempt to see if any Waxwings were taking advantage of all the berries in the park like they did a few years back. Of course, they weren't, never mind maybe they'll turn up another day.........

Still it wasn't a bad walk, a Pied Wagtail was in a nearby car park and a couple of Crows were by Morrisons. In the park itself were Redwings, Mistle Thrush, around 25 Goldfinch plus a Goldcrest with them. 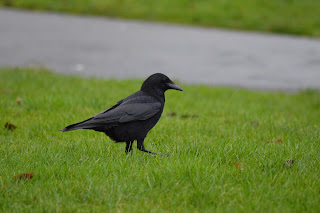 The daylight was practically non existent in the trees but I managed a few photos. 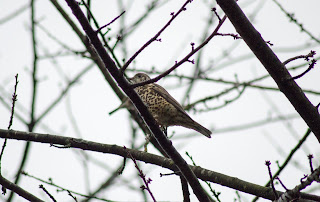 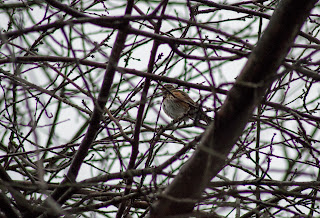 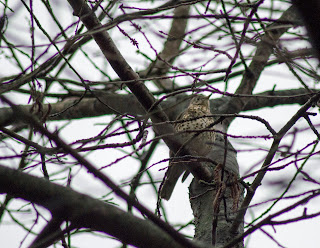 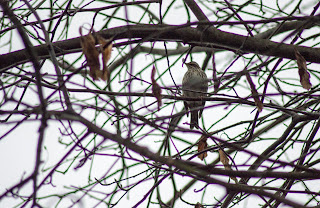 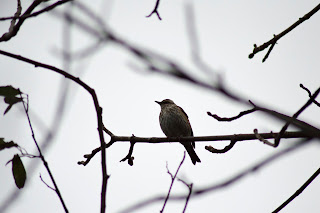 Back home the Robin and Blue Tits were in the garden but it stayed pretty quiet all day. Full list to start the year off -

Certainly won't be breaking any records with my little patch but it's a start!