I've been past here on the ring road so many times over the years and never stopped but I have done a couple of times recently, just out of curiosity as there are always a lot of birds on the water. 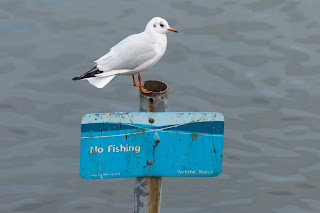 The water is quite low at the moment and unfortunately it is not in the greatest of shape, the things that have been dumped in here, the mind boggles as to why people would do so?! It's also awash with bread packets and soggy bread and even a slice of toast was stuck in a tree! 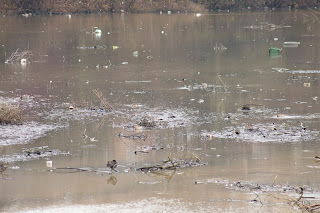 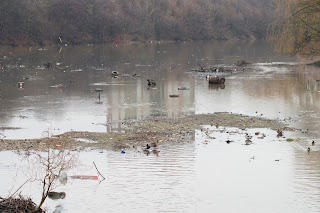 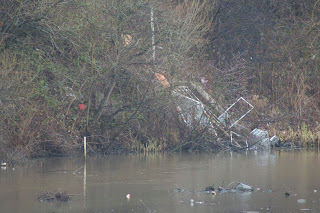 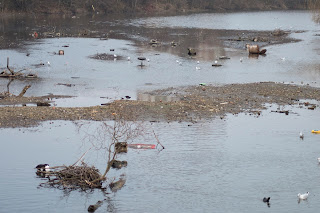 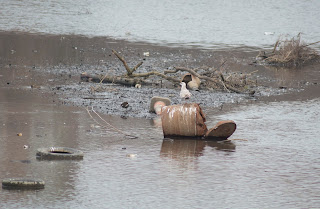 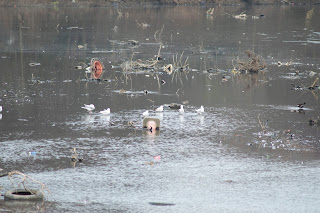 Despite that the reservoir is teeming with birds - 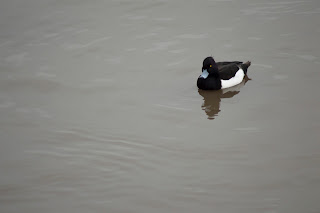 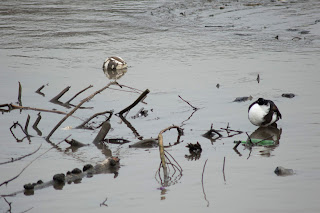 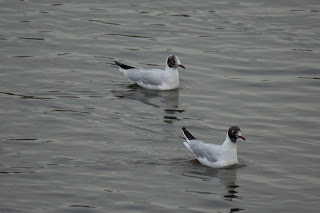 This Swan had some pink on it's wing feathers, it looked a little like blood, you can't really tell from the photo but I couldn't see any injuries. There was also a Mallard with a damaged wing. 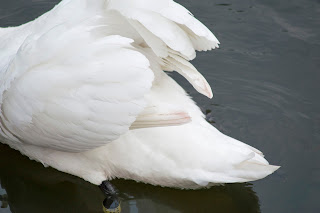 I haven't walked around to the other side so of course there could be plenty I missed.

The banking near where you can park on Butt Lane often has Geese and Gulls on it and many pigeons too. 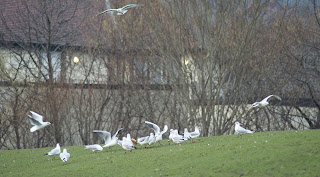 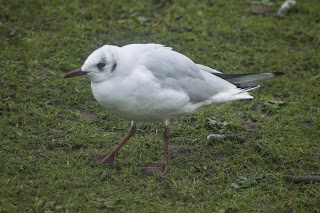 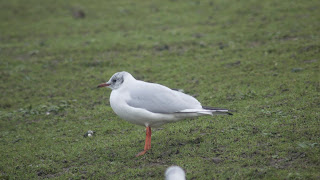 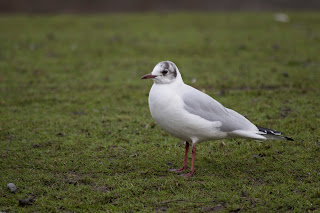 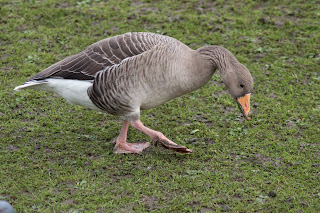 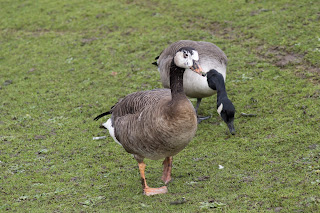 This one I think is a hybrid?

After a little bit of digging online I found out the reservoir was built in 1973 to help prevent flooding in the area, Farnley Beck runs in (and out) of it. It looks like it had a tidy up back in 2002 but I can't find anything since.

It's definitely a place i'll be stopping at more often, maybe I can figure out who to contact about cleaning it up - though i'm not holding my breath on that one!
Posted by Pam at 19:45