It's the end of 2017 and the end of my first Patchwork Challenge. I'll be ending my count with 51 species and 54 points overall, which at the moment has me 53rd out of 60 on the Inland North league and 471 in the national league out of 540, this may change as people finish updating their lists though I don't think by much.

Now compared to most this means my little patch was not the most outstanding (to say the least).........but I knew this when I started (and I love it regardless), it doesn't have a huge variety of habitats and is based around a town. It's lacking in water apart from a tiny stream through Churwell Woods with a dipping pond and so any water based birds I see are usually flyovers with the occasional Heron perching in the neighbours garden (by their pond). 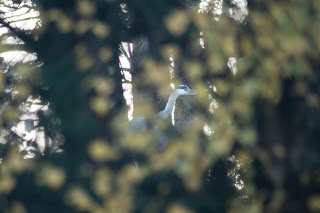 I know i've missed identifying some of the flyovers especially on the walk to work when I'm not carrying binoculars and the birds are just too far off for the naked eye. Plus i've also missed Gulls, there are a lot that fly over the house and I struggle with them stood in front of me at times, never mind in the air! Something to work on there!

On the other hand some of the flyovers I have ID'd brought new birds to the patch - including Cormorant, Pink-footed Geese and an amazing sighting of a Peregrine over the house carrying it's prey! 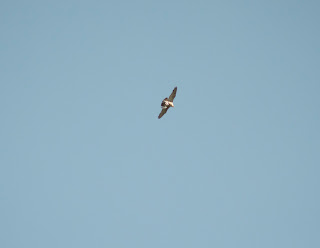 I've also been able to add other new birds to the patch including Mallard, Nuthatch, Buzzard, and Whitethroat. 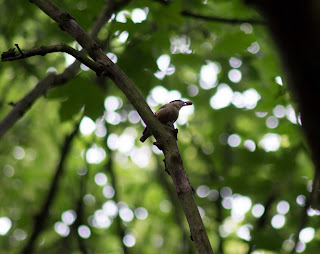 One of my highlights though was the Waxwings, only the 2nd time i've seen them on the patch in the 14 years i've been here and this time they stayed around for about 6 weeks, I ended up seeing them nearly every day after panicking I wouldn't see any at all. 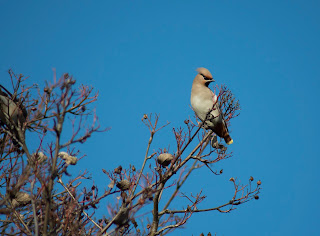 Doing the challenge has got me out more, walking the local parks, visiting the woods once or twice a week if I can and I walk to work nearly every day now, which takes me almost from one side of the patch to the other. That in itself is a joy and i've pretty much got the local birds and their movements down now. I've noticed more about the migrant birds, their coming and goings over the year and i'm looking forward to seeing how that differs (if it does) next year.

I've also been submitting lists to Birdtrack, though I joined Birdtrack a while back it's only this year i've started to contribute more regularly, especially with the patch lists thanks to the challenge. I joined the BTO Gardenwatch too, which has me sitting most mornings after I get up with a cuppa and the birds for company.

So despite the low number of species i've thoroughly enjoyed adding to my patch list and getting out and exploring the area more than I have in all the time i've lived here. There have been sightings of Tawney Owl and Woodcock in the woods and just today a Kingfisher by the dipping pond, wouldn't it be good if I could add those next year, bring on 2018!