Sunday was supposed to be a day filled with heavy snow, I was so looking forward to it..........but it seems those down south stole my snow (not entirely sure they wanted it to be fair) and instead there was a few flakes that barely covered the lawn!

As we hadn't made plans we decided to go out for a walk around Rodley. Not surprisingly, as it was just barely above freezing (and it got colder!), it was fairly quiet, not too many people were there and those that were there were chatty, which was lovely. We met a chap called Steve and had quite a chat, he's the warden of Denso Marston Nature Reserve in Baildon a place I'd heard about thanks to The Quiet Walker but have yet to visit.

There were plenty of Gulls all around the reserve, on the water, on the ice and in the surrounding fields - Black-Head and Common. On the water we saw Gadwall, Tufted Ducks, a Shelduck, amongst others. 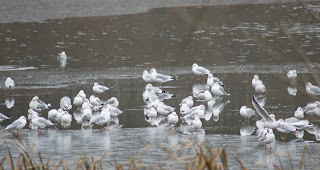 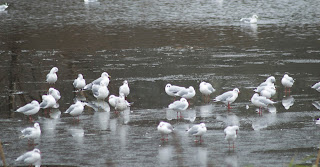 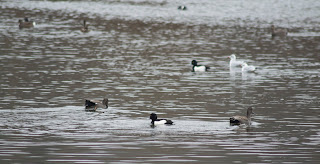 From the Duck Marsh Hide 3 Moorhens were feeding on the grass in between the marsh and just off to the side of those - 2 Snipe wandering about too, I really didn't realise just how small they are until I saw them next to the Moorhens.


Can you spot them?! 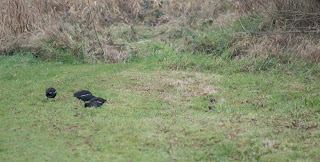 A few Heron's were by the marshes, this one flew off just as we sat down in the next hide. 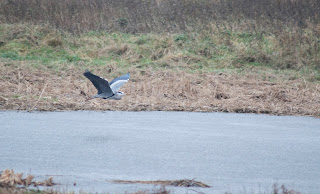 The smaller birds where out in abundance, Wrens, Dunnocks, Chaffinch, Robins, Blue, Great and Long-Tailed Tits, Blackbirds, Chaffinch and a few Reed Bunting too. 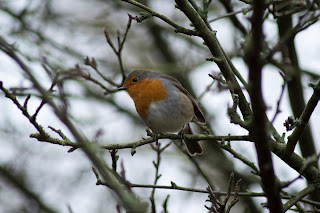 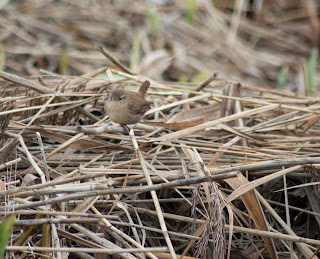 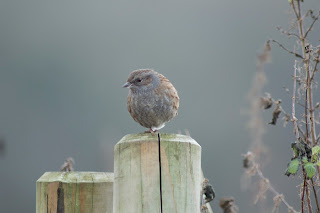 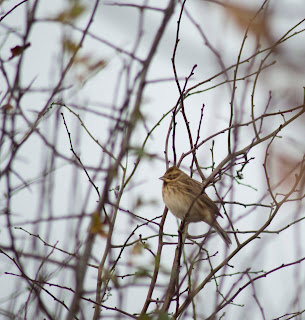 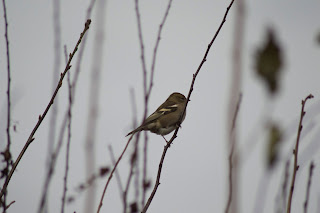 Good views of the Linnet flock too, flying in and out of the meadow. 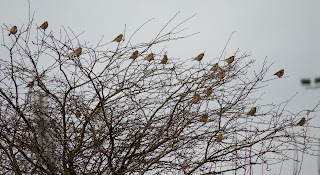 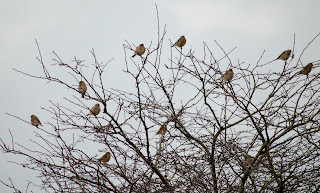 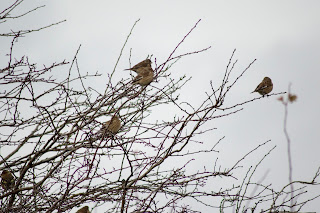 We sat a while in the visitors centre with a much needed cup of tea to warm up and watched the birds out round the feeders - including Stock Dove, Goldfinch, Greenfinch and Song Thrush. 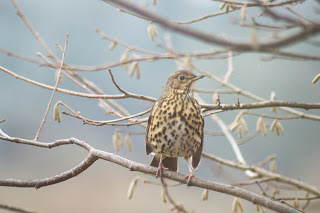 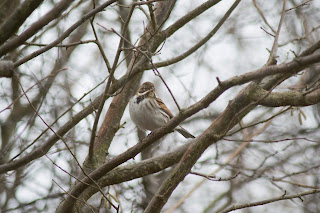 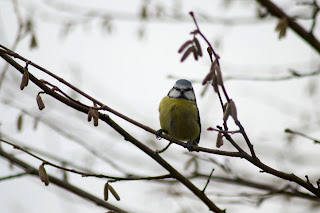 As we walked up to the managers garden, we stopped to look into the field with the dung heap and a couple of guys there pointed out a few Meadow Pipits beyond it and Pied and Grey Wagtails on the heap itself. 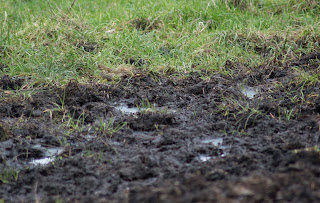 We watched the Blackbirds and a Jay in the managers garden and then headed out the reserve, we were followed down the road by a Red Kite, which flew over our heads only to be mobbed by 4 Crows as it got closer to the river! 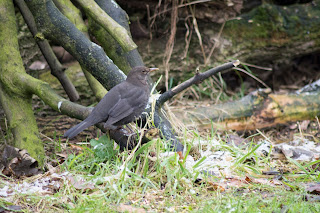 I think we picked the right time to go, it had started snowing by now, not a lot but there was a definite drop in temperature and my hands despite my gloves were feeling it! 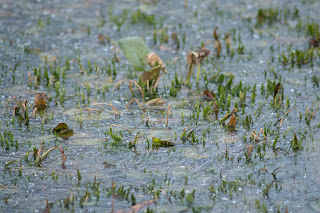 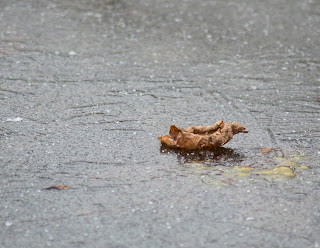