Last weekend became unexpectedly free after a change of plans so we made the most of it and headed out for two days of birding, we picked the right weekend for it - good weather and good birds!

First up Blacktoft Sands on Saturday, we were there just after 9 and it was nice not to have to layer up with big coats and gloves. The Tree Sparrows were all around the car park and in the fields around it lots of Greylag Geese. 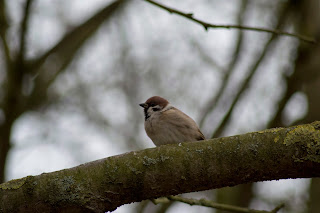 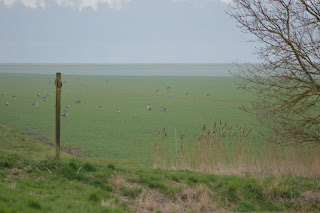 We stopped at the visitor centre first to see what is about and look out of the window. I spotted something moving in the water right outside - a Water Vole! A lot bigger than I thought, a few more people had come in and managed to see it too. I looked up and out across the water and saw a bird fly in and land on a log - a Wheatear! A new bird for me, I pointed it out and apparently it was the first seen on the reserve this year, so I got to fill in the date on the chart........it's the small things......

So a good start so far, then as we stepped out the centre the first Swallow of the year overhead. A couple more were seen during the day. We walked down to the right first and had some better views of the Wheatear on the log, though still distant for the camera. 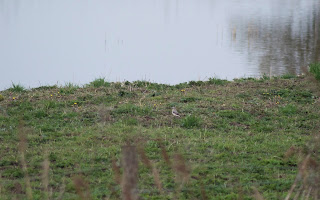 My husband spotted a deer in the reeds 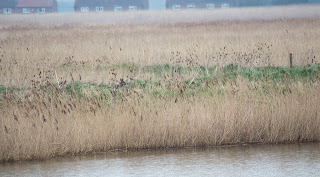 A flock of Whooper Swans flew over in the distance. Several Avocets were flying around and three Herons flew in. We saw Teal, Shovelers and Mallard, mostly all asleep. 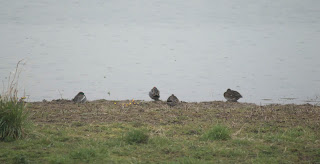 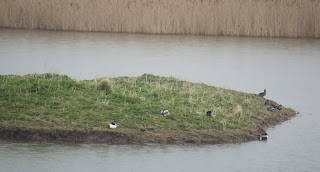 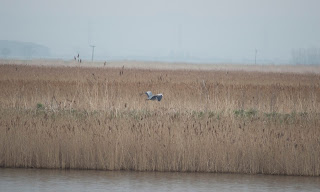 The noise from the marshland hide the noise was a little overpowering, thanks to a surprisingly small group of Black-headed Gulls. 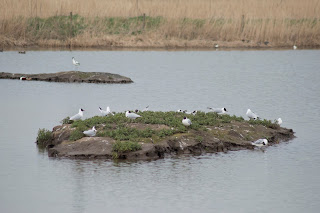 A few more sleeping ducks - Gadwall, Teal and Mallards. Lots of activity from the Avocets, they couldn't seem to settle. 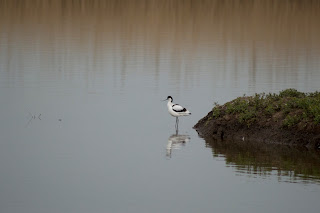 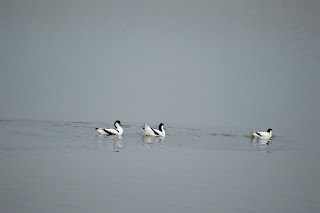 Walking along the Ousefleet Trail Reed Buntings were in the trees with the odd Dunnock too. At the end we looked out by the fence and saw Skylarks. There were ships out on the river and a couple of flocks of ducks flew up including a Little Egret. Looking out towards the road a couple pointed out more deer in the distance and a Buzzard sat in trees.

Overhead my husband saw another bird of prey which at a quick glance looked like it had jesses. I wasn't looking as i'd been trying to get a photo of a Skylark, I turned and grabbed a couple of photos. Showing them to one of the volunteers (whose name I should have got!) it was a Red Kite with a bent/damaged tail feather. Everyone was quite chatty as we walked around today.

At the Ousefleet hide i've never seen it with as much water, there were lots of Shelduck, Shoveler, Teal, a couple of Oystercatchers, Herons, the Konick ponies across the other side. 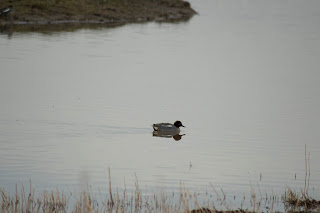 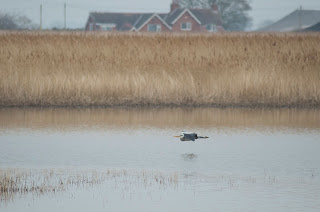 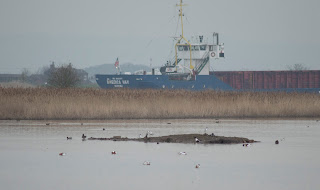 Walking back along the trail my daughter nearly jumped 10ft in the air when the ground leapt at her.......or rather a toad did. Once i'd stopped laughing I took a photo. 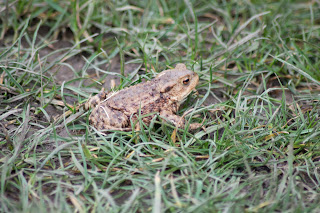 Back to the car for some lunch, with Dunnocks almost hopping around our feet. Afterwards we went off the other side of the reserve. We'd been seeing Marsh Harriers from all the hides but the better views are from the Singleton Hide and we sat there a little while watching them and lots of noisy Geese. A Bittern boomed but only briefly. 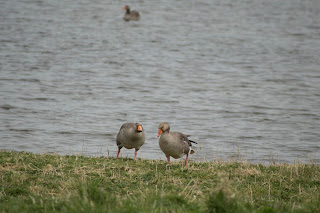 I had to take a phone call from my mum when we were in one of the hides, I took it outside and was treated to a loud burst of song from a Cetti's Warbler.

Another couple of toads were along the path and Dunnock were singing in the reeds. It was nice to see the odd signs of spring around too. 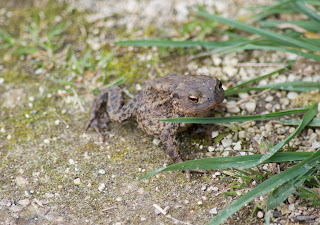 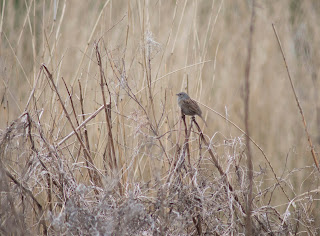 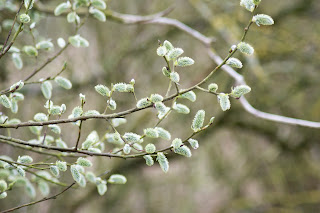 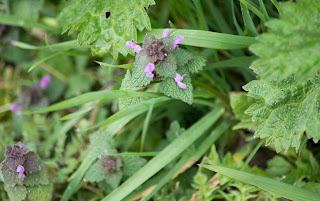 We headed out mid afternoon, a great start to the weekend!
Posted by Pam at 14:48