After reading about the Crossbills at the Chevin Woods on Amanda's blog I decided to pay a visit on Sunday.

We got there just after 9 and right away I spotted a guy taking photos of something at the top of the tree - Crossbills and right where they'd been described! We chatted to the guy and watched both males and females at the top of the tree. They were a bit distant for the camera but perfect through the binoculars, it was a gorgeous day and they looked stunning in the sun, a lifer for me. They were there around 20 minutes or so before they were spooked and flew off - 8 altogether. 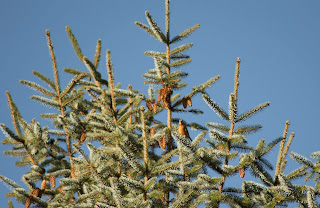 This Chaffinch called above our heads whilst we watched the Crossbills, probably miffed we weren't paying it any attention! 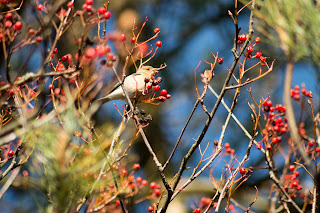 Lots of sheep in the surrounding fields 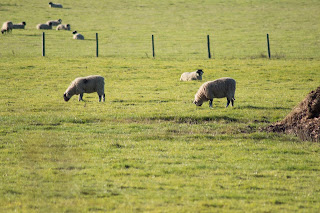 The sunlight in between the trees was beautiful, my photos don't do it justice. We walked around a big chunk of the woods. 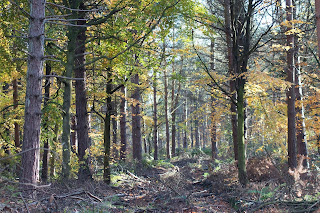 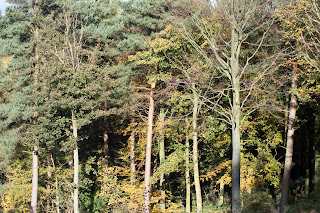 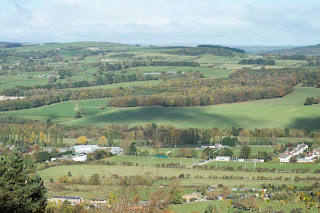 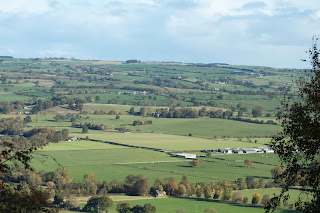 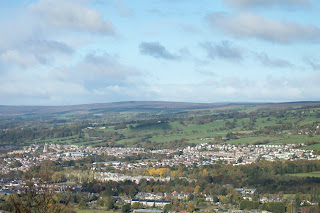 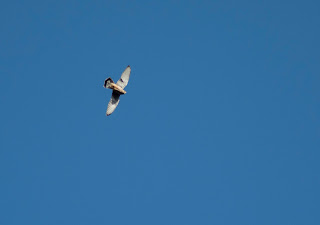 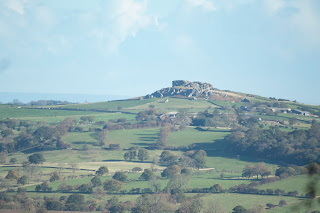 There were quite a few birds in the trees, Goldcrest, Coal, Great, Blue Tits, Chaffinch, Blackbird, Song Thrush and Bullfinch, none however were willing to pose for a photo. A Red Kite flew over at one point too. 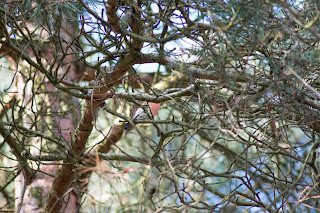 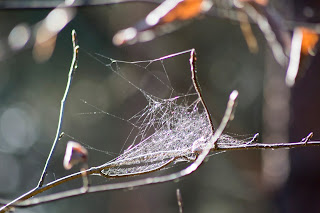 It's been years since i've been in these woods I think the last time was probably about twenty years ago and it was at night to watch shooting stars over the valley (I saw two!). It was well worth the visit, I need to make more of an effort to go more often.