After seeing the Crossbills we called at my parents for lunch and then on to Rodley for a couple of hours, timing it very well as it rained twice and both times we dodged it by being in a hide!

There were lots of Canada and Greylag Geese in the field by the car and a flock of Black-headed Gulls too. A Buzzard was being mobbed by a couple of Crows overhead. 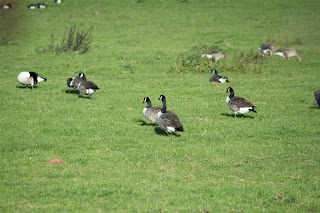 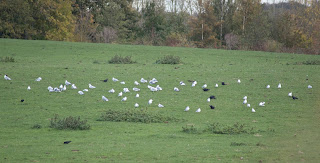 There were Gulls on the lagoon, Black-headed, a few Common and a couple of Herring. Lots of ducks too, we saw Mallard, Teal, Tufted, Wigeon and Gadwell plus Little and Great-crested Grebes. A bird flew low across the water into some reeds - a Water Rail! 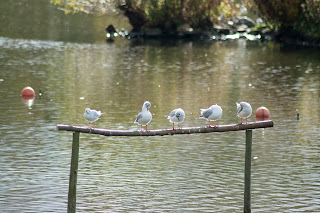 We counted 7 Jays flying about and there were lots of the usual Tits along side the Willow path, along with Robin, Wren, Pheasant and overhead a Red Kite, which flew around a while, quite low over Tim's field. 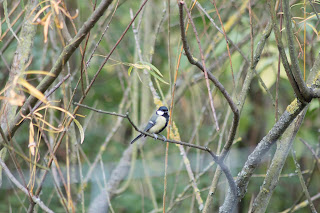 In the reedbeed hide (where we dodged a quick heavy shower) we spoke to some guys who'd also tried for the Crossbills this morning, but it seems after they flew off they didn't put in another appearance. As we sat there I saw something flying low in the distance up the reedbed and thought Kingfisher at first till it got closer, it was a Green Sandpiper!

On the riverside walk I watched a Magpie and a Buzzard have a bit of a tussle, the Buzzard had been sat on the bank at the other side of the river, it flew up into a tree. We warmed up with tea and hot chocolate in the visitors centre and then made our way back to the car to head home. 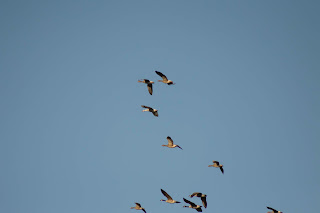