A couple of Saturdays ago we spent the day at Potteric Carr, another cold and sunny day. We had lovely close encounter with a Roe Deer as we walked through the Beeston Plantation, we just stopped and looked at each for a few moments and then it was off through the woods.

The woods were full of Tits, Goldcrests and Robins. 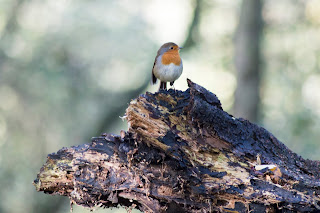 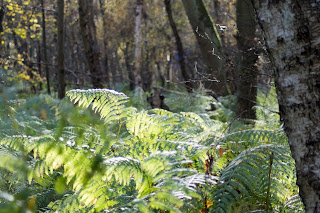 The sun brought out a few Darters 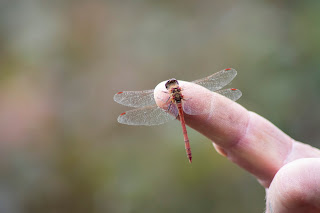 There was also lots of fungi out including some beautiful Fly Agaric, the fungus in the bottom photo was the size of a dinner plate! 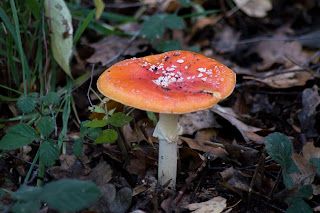 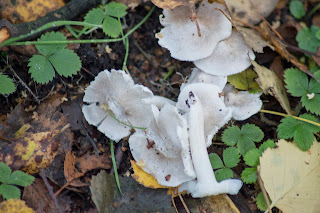 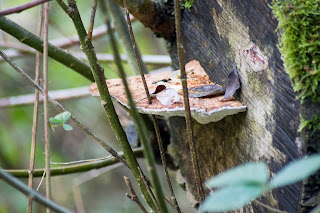 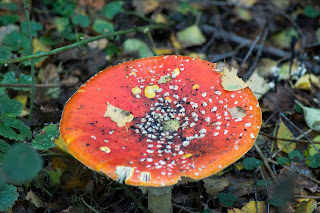 We saw flocks of birds rising up over Huxter Well Marshes as we walked around them including Greylag Geese, Lapwings, Black-headed Gulls, Swans.... 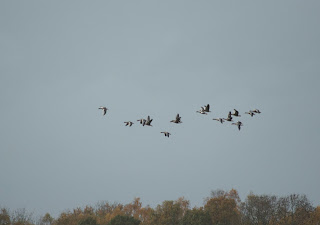 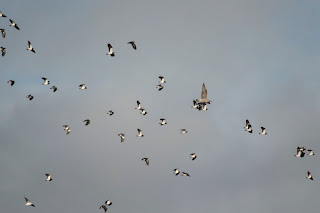 We discovered a Marsh Harrier was no doubt the reason for the panicking birds! 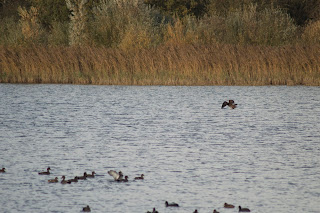 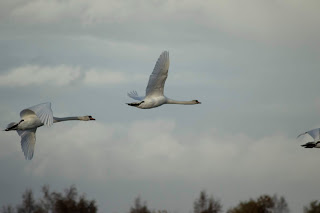 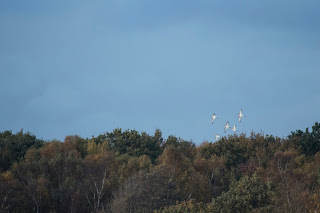 It rained as the sun shone whilst we sat in the hides. 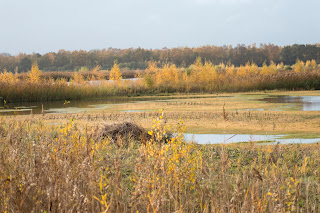 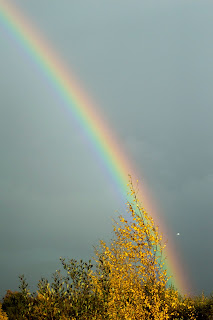 The cattle graze part of the reserve, they're really curious! 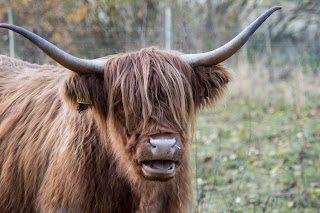 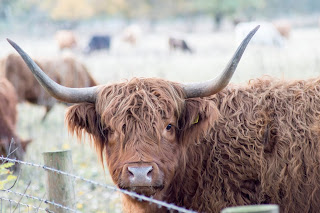 My photo doesn't do it justice but these clouds looked amazing 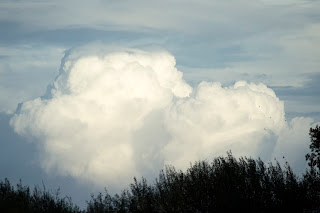 A drake Pintail was with the Shovelers on the lagoon. I've only seen female Pintails before. 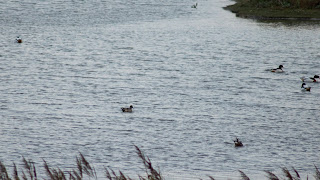 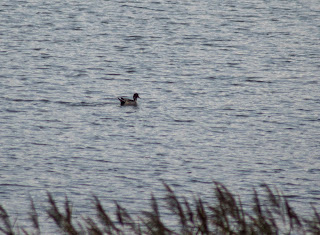 We lingered at the hide a little while as it started to get dark to see the start of the thousands of Starlings gathering in the distance, no photos as they were too distant but we watched through the binoculars as more and more joined and they swirled around the Pylons, some have been roosting on the reserve. It's a breathtaking sight to see so many birds move as one. There's a link here to some footage taken the day before by our local news - Starlings or here

As it started to get dark we had to leave, it's quite a trek back to the entrance from the marshes but worth it to see the Starlings!