On Saturday morning we took the bus to Golden Acre for a nice but cold walk around the park and Adel Dam. The Gulls were barely awake (just like my daughter!!) and still huddled up on the grass. The ducks of course were straight up to have a nosey. 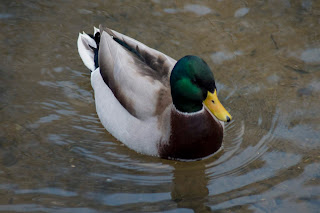 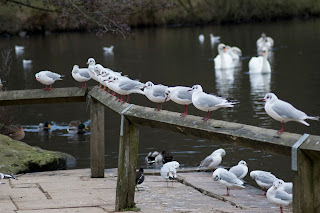 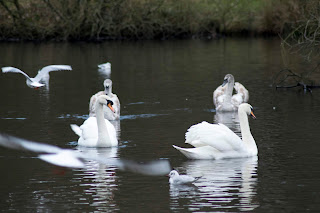 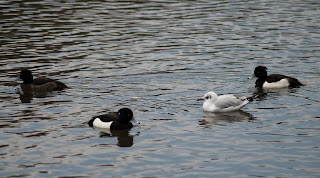 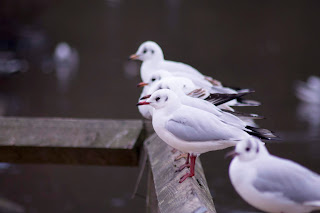 We walked straight through to the dam and went the 'wrong' way round, we always start off by going to the hide and then on in a circle via the lake hide, my daughter suggested going the other way for a change, which worked in our favour really as there were some big cameras heading towards the Marsh hide, which is quite small, they were gone by the time we'd worked our way there.

In the woods we saw a couple of flocks of Bullfinch in the trees. It was not a good day for photos, very dull and grey! We also saw a couple Jays and Great Spotted Woodpeckers too.  We had the lake hide to ourselves. As we walked in a Robin was sat on a bench in the hide and a Sparrowhawk had been sat right in front of it (the hide not the Robin), it flew across the lake. 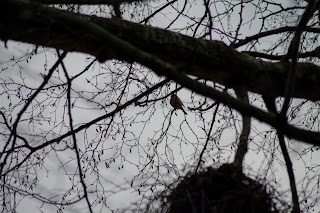 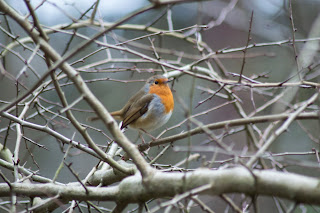 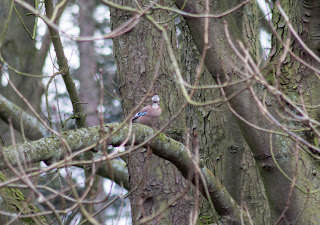 We watched, Teal, Mallards and a Shoveler on the water and off to the side at the feeders Long-tailed, Great, Blue and Coal Tits, 6 Robins - there were a few ructions there! A charm of Goldfinch flew over the lake. 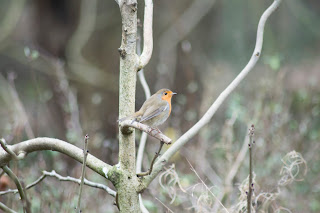 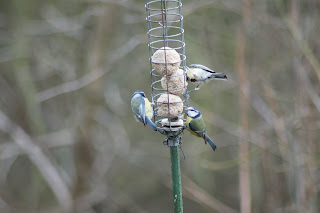 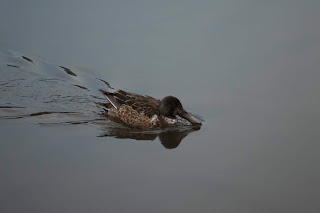 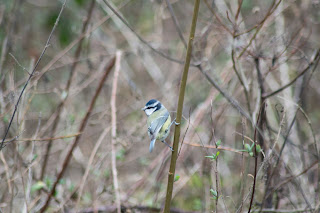 Moving on we stopped at the marsh hide, all the usual birds were at the feeders plus Nuthatch too. Lots of squirrels were around the bottoms of the feeders. We didn't see any Mandarins today, which is unusual.

Walking back through Golden Acre we stopped at the little feeding area for a while, more squirrels, Chaffinch, Tits and up in the trees Jay and Woodpigeon. Eventually everything was scared off by several dogs so we made our way out of the park.

We did see some fungi as we walked around including Dead Mans Fingers, spotted by my daughter, the first time i've seen it. 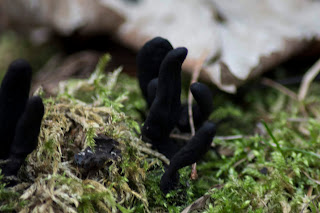 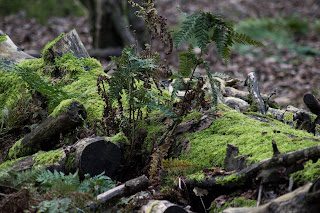 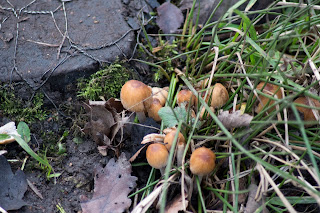