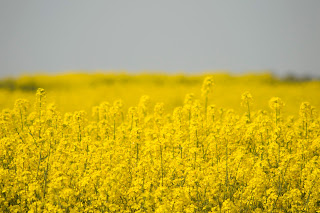 After a couple of hours at Walton Colliery we moved on to the Country Park which was bordered by a large field of rapeseed, something that always draws the eye. After inhaling an ice cream cone we took a walk around the lake. It does get busy here but most people tend to skip right past the hides which works out quite nicely for us! 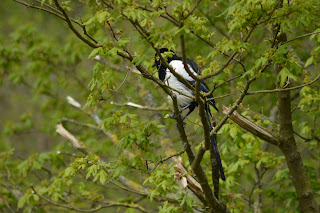 Magpie hiding out by the entrance

On the lake were the usual Canada Geese, Swan, Mallards, Coots, Moorhen with plenty of Black Headed Gulls flying over and settling on the water. 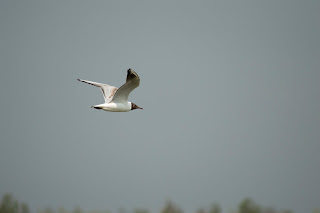 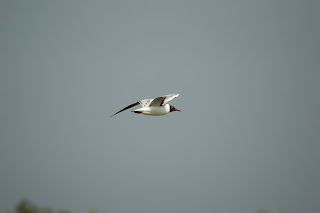 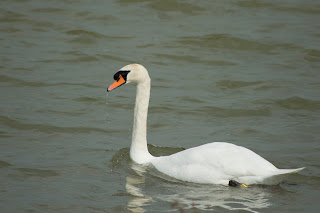 The first two hides were very quiet, Robins, Chaffinch and Reed Bunting to be seen and more Chiffchaff to be heard. 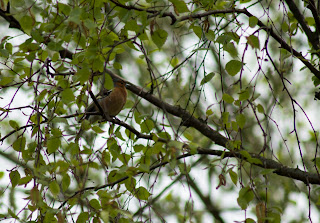 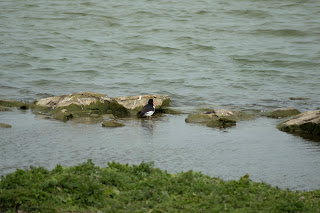 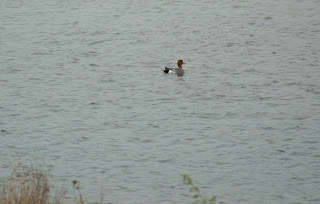 A Whimbrel had been spotted over the past couple of days according to the sightings board and I spotted what could have been a possibility, I couldn't quite make out if that's what it was or if it was a Curlew as it flew off pretty quick but i'm thinking Curlew after looking at the heavily cropped photos. 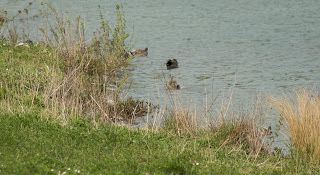 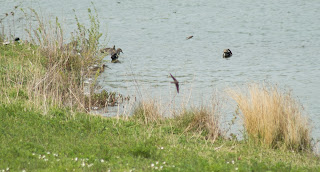 Another Buzzard was flying high above the lake at the top end and a Blackcap was singing loudly in the trees. A Pied Wagtail flew right in front of us as we made it back to the entrance and a tree in the car park was full of Greenfinch.

Long hot afternoon but that is not a complaint!
Posted by Pam at 21:05