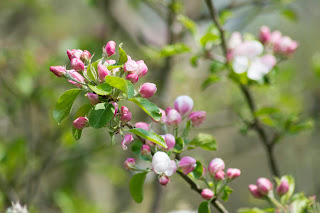 It's been a couple of years since I've been here and last time it was below freezing! Going on Saturday in the sudden heatwave we had made a big difference. 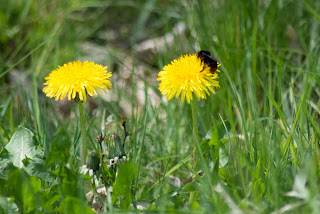 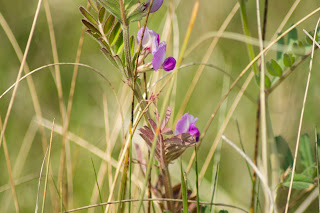 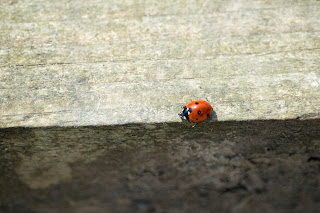 There were plenty of Chiffchaff and Willow Warblers singing away, lots of newly green trees for them to hide in too! In addition to the warblers, Goldfinch, Blue and Long Tailed Tits, Robins and Crows were all over the park. 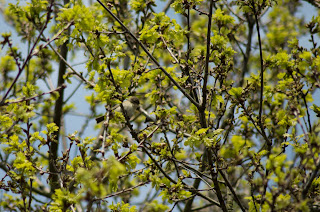 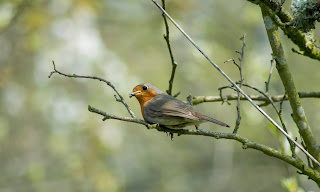 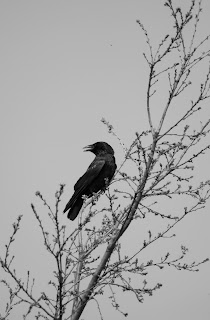 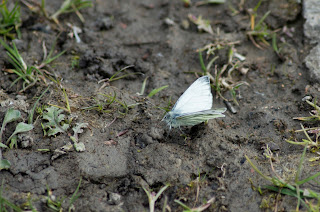 The park has several lakes, streams and ponds and they were pretty well populated with Canada & Greylag Geese, Mallard, Tufted Duck, Pochard, Coot, a Great Crested Grebe, a Mute Swan and a Heron. 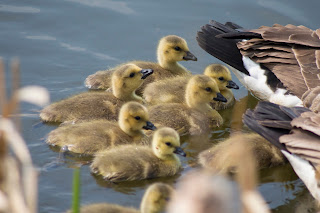 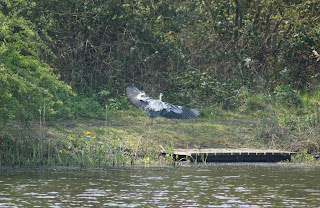 The swan swam over to see a guy who pulled up on his bike, obviously a regular as he whistled and the swan came without hesitation from the other side of the lake!

The Canada Geese, Mallards and Coot all had youngsters although the Coots were too far away for a photograph, which is a shame because the red heads are quite something! I did notice that there were two all black ducklings with the Mallard, not something i've seen before? 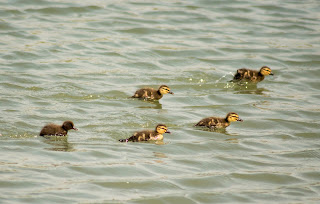 As we neared the car park at the end of our walk a Buzzard was being mobbed by a pair of crows, a theme for the weekend as it turned out!

I have to say it's a much nicer visit when the weather is a little bit warmer!
Posted by Pam at 21:07