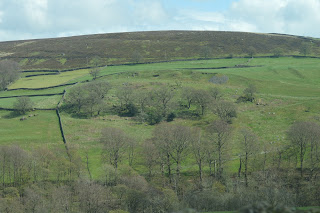 Bank holiday Monday had us up by 6am (too early according to some!) to be at Bolton Abbey in hope of seeing Flycatchers whilst it was still quiet. Making a change to our usual visits had us parking up by Barden Bridge and walking down towards the aqueduct through the wood. 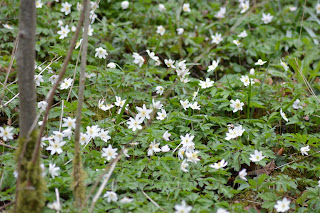 Right off we spotted a Heron by Barden Bridge shaking what looked like a clump of grass, it flew down river as we got closer so we couldn't quite tell what it was. Chaffinch and Chiffchaff were singing in the woods joined shortly thereafter by a Song Thrush high up in the trees. 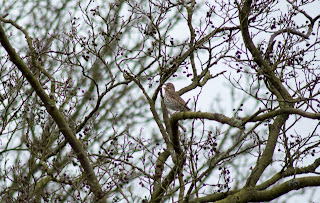 The Sand Martins are back on the river, I love to watch them swooping across the water, so quick and graceful. A pair of Mallards with two chicks swam alongside us for a while and Greylag Geese were in the water and in the field across the river. A Lesser Black Backed Gull landed briefly on the water (granted I thought it was a Herring Gull at first but thanks to birdforum I got the correct ID!). Grey and Pied Wagtails flitted all over the river, we saw more than ever today,  as were the Dippers. A Treecreeper did as it's name suggests and crept all over a tree. 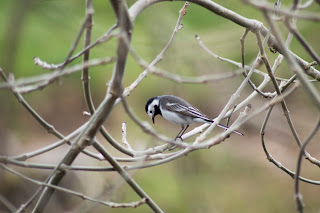 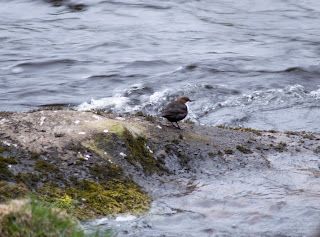 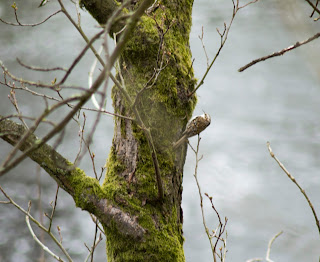 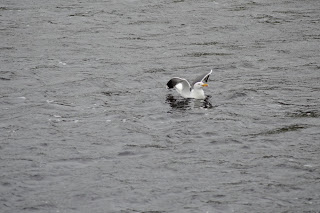 Going over the aqueduct we walked up into Strid woods, by this point it was raining on and off only light so far and we were covered mostly once up in the woods. At first all we saw was Blue/Great/Coal Tits, more Chaffinch, Nuthatch, Blackbirds and then I spotted a bird fly across into the trees behind me. My first Pied Flycatcher! As it turned out the first of many through the morning, the were all over the place after that, usually flying in and out of trees over the river. Unfortunately despite the many hours we walked there wasn't a Spotted Flycatcher in sight. 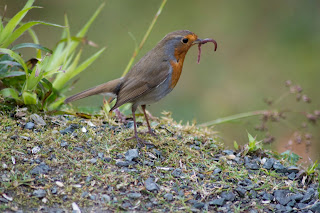 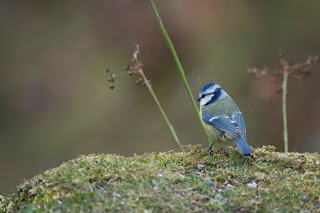 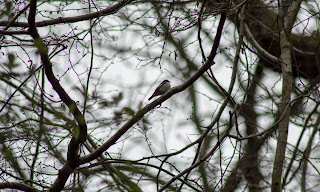 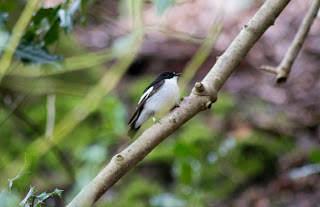 The Mandarin ducks were by the hut at the top of the woods waiting for food along with the usual songbirds. We decided the take a walk up to the Valley of Desolation for the first time, we'd already agreed to forego the longer walk up to Simons Seat as the weather was not looking great by this point, as it was we got caught in a heavy downpour not that the ducks mind...... 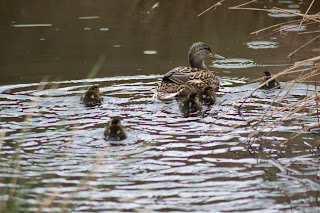 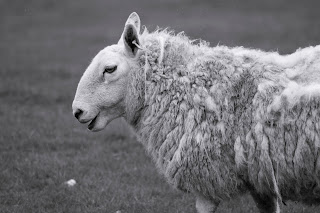 In the valley a dipper was flying up and down the river and a Willow Warbler or a Chaffinch (I saw/heard several Warblers hidden in the trees during the day & got lots of terrible photos which were not much help with IDs!) was flitting around in the trees. Maybe the rest of the birds had sensed the impending rain and were in hiding! 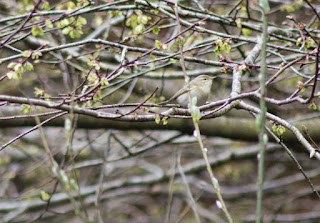 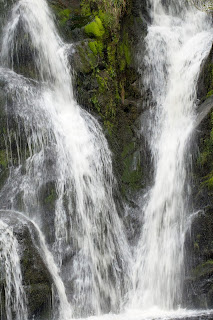 Feeling quite damp we stopped for a much needed cuppa at the Cavendish pavilion and watched the rain and the Chaffinches for a while. Finally it eased off as we made the trek back to the car. Along the way we saw a couple of Common Sandpipers along the water's edge, more Wagtails, Dippers and a gorgeous Redstart flying in and out of the trees, unfortunately I couldn't get a decent photograph. 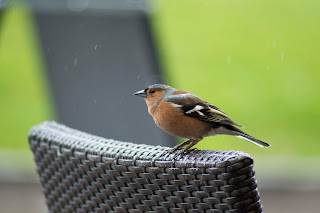 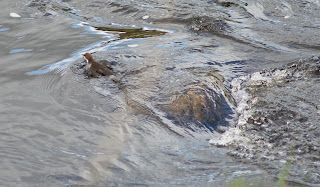 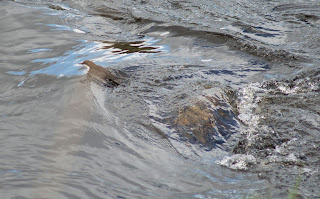 We ended up walking around for about 6 hours, several more than we'd planned but we really enjoyed the day despite the rain! 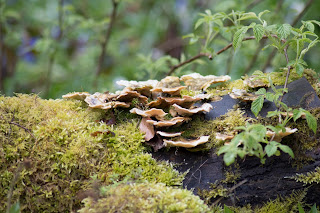 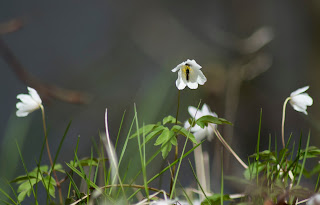 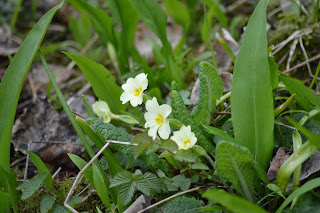 On a side note as we drove past the entrance for the Cavendish pavillion first thing I spotted a pair of Ruddy Shelducks in a field full of sheep, I assume an escaped pair? 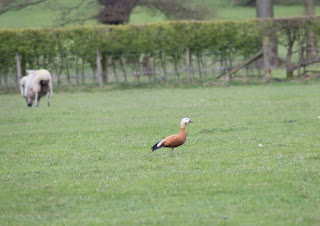