I made a Sunday morning visit to Fairburn in hope of spotting a Cuckoo, which would be a first for me, i've only ever heard them calling before.

It was fairly quiet when we got there and all the feeders around the garden and hide were pretty much deserted.

As we walked the path near the dipping pond it got a little busier with a Blackcap pair flying around the trees, Tree Sparrows, Willow Tits, Blue and Great Tits too. A Coot is nesting out on the pond. 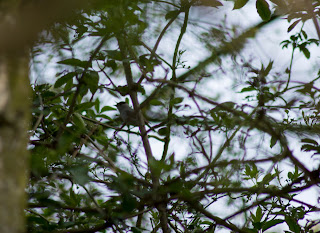 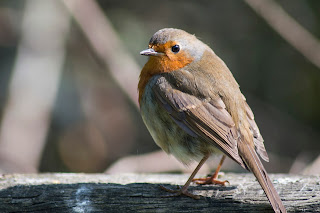 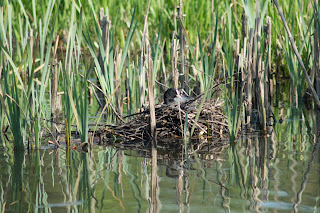 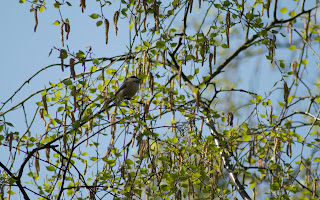 No luck at the Kingfisher screen although there was a Wren nest in the branches overhanging the water. Overlooking the Big Hole, we could see Herons and Cormorants flying overhead with Tufted Duck, BH Gulls, Swans and Coots down on the water. 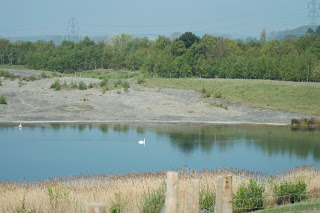 Walking on to the Coal Tips trail brought up a Kestral, Skylarks and Chiffchaffs. 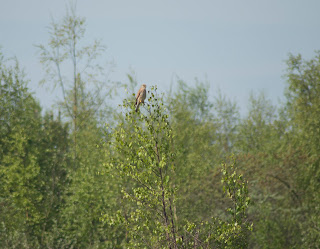 We decided to walk around to the left which proved to be the best idea we'd had as after a few minutes I spotted something in one of the trees down the embankment, a closer look with the binoculars, only a Cuckoo!! It flew from tree to tree and was really out of my camera range but even the blurriest of shots you can see what it is. A second Cuckoo was a little further along again down the embankment, this one flew ahead of us and we could see and hear it along the path towards Lin Dyke. One very happy me! 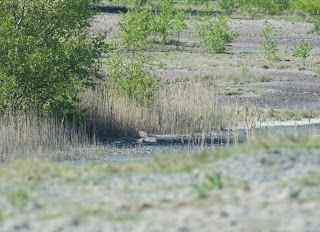 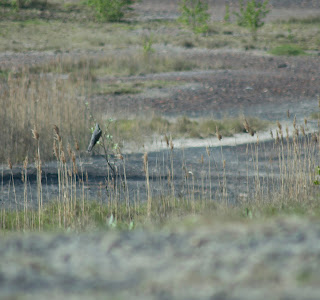 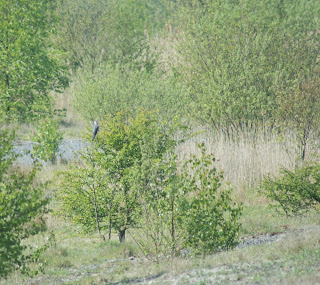 The reeds were full of Reed and Sedge Warblers along with Reed Buntings, I only got the briefest of glimpses but the song was constant. Looking down at the nesting Cormorants and Herons is always quite a sight. 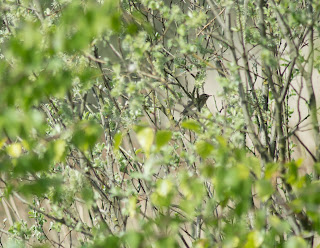 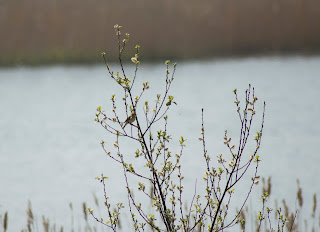 A couple of the Warbler photos I managed.

A little further along a guy (thank you!) pointed out a Roe Deer hiding in the trees at the bottom of the hill, it was very well camouflaged until it moved then we got a lovely view of it looking at us! 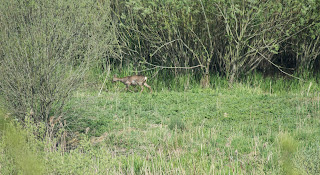 We always end up spending more time here than we expect to, which of course isn't a complaint, the time spent watching and waiting to see what appears is always worth it.
Posted by Pam at 21:15