Having a little time on Saturday morning in an otherwise busy weekend we decided to spend a couple of hours at Fairburn. It was quiet early doors and we had the Pickup hide to ourselves though the view wasn't particularly enticing, the wind was blowing straight into the hide which made it difficult to look out for any length of time. As it happened there wasn't very much on the water anyway. A few Mallard and Coots. Even the feeders at the side quiet apart from a Great Tit and a couple of female Pheasants.

Moving on to the next feeding area we were followed by noisy Goldfinch, Greenfinch and Long-tailed Tits. In fact there were more Goldfinch surrounding us than i've ever seen there before. Goldfinch numbers seem to be up everywhere, my local patch has numerous flocks and it's a joy to hear them as you walk about town.

The feeders were busy with birds - Great/Blue Tits, Chaffinch, Reed Bunting, Dunnock, Robins, Mallard, every tree or bush nearby was filled with them and a couple of Squirrels too. 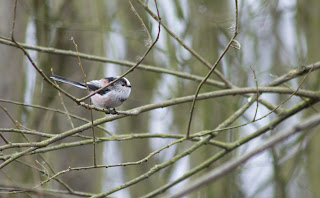 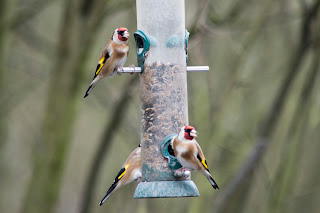 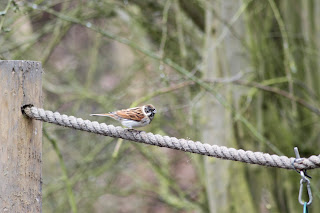 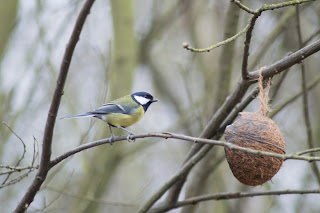 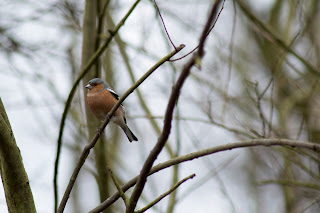 On to the kingfisher screen and all is quiet there and it looks like the fish piled up in the water have dispersed somewhat or possibly been eaten by the Water Rail and Little Egret that made the area their home for a while!

As we walked away a large white bird flew over, I couldn't get a good enough view to be 100% but I think it was the Great White Egret. It actually flew off down the river and out of sight so i'll never be sure. Lots of Gulls and Lapwings down in the Big Hole.

Making the decision to walk around Coal Tips probably wasn't the best one with the strong winds and the rain just starting, it certainly stings your face! But we started so we carried on. Spotting a couple of Skylarks coasting on the wind. Lots more Gulls, mostly Black Headed, Coots, Mute Swans, Tufted Ducks were on the water. Getting around to the far side the rain eased off and we spotted a flock of Goldeneye across the water, also Little Grebes and a Great Crested too. 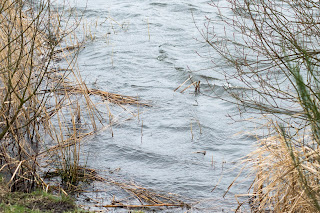 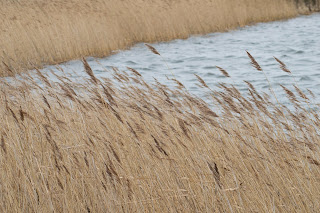 Looking down onto the reserve there were Herons, Cormorants, Canada/Greylag Geese, Woodpigeons, Shelduck and Swans.

Heading back to the centre we detoured around the feeders just to enjoy the birdsong again, it wasn't quite as busy now but there were more people about so possibly the reason why. 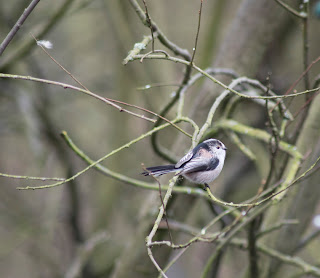 As usual at the moment lots of fungus was spotted everywhere we walked. I really do need to make more of an effort with IDs on these, that's a goal for this year, learning more about what i'm seeing. 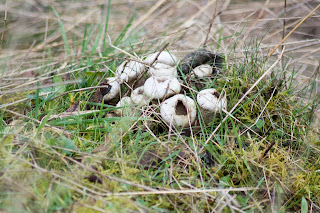 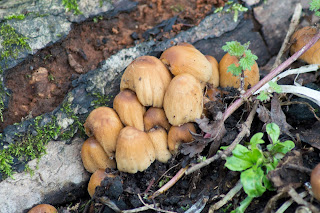 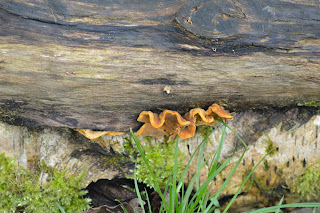