Getting into the habit of a quick walk around part of the Urban Woodlands before work is proving a joy at the moment. I walk to the sounds of Chiffchaff, Song Thrush, Blackcap, Goldfinch amongst others. 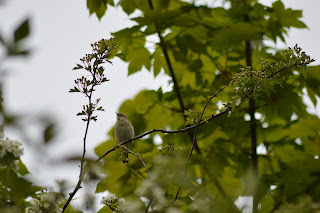 On sunny days there's a spot on the edge of the woods which catches the early morning rays and is good for butterflies, last week I saw my first Peacock of the year there and there are always Speckled Woods. This particular morning the leaves were covered in all sorts of flys/bugs warming up, they were everywhere you looked. 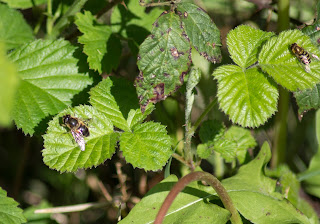 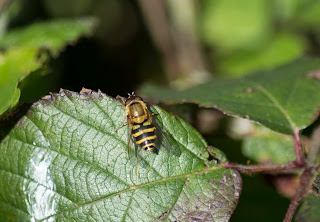 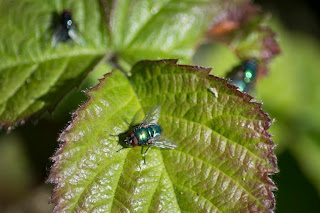 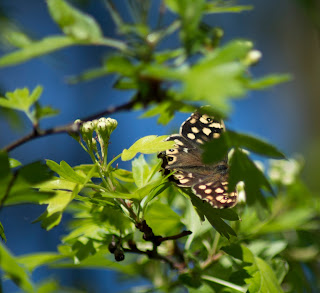 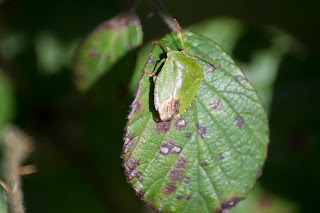 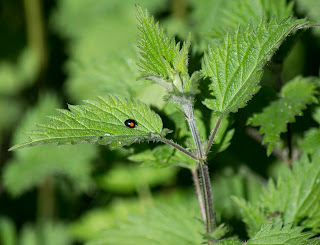 I spotted a young Robin being well protected by it's parents last week but this morning it was hopping around the path on it's own, picking at bits and pieces and quite unconcerned that I was stood nearby. 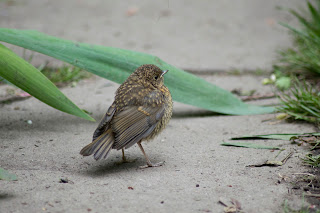 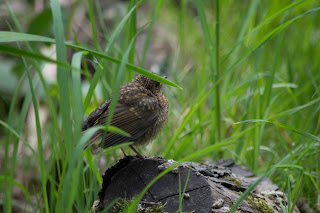 I got a brand new patch (not just year) tick after hearing a different song to the usual ones by some brambles it stopped and I walked on, the song started again and up popped a Whitethroat into a nearby tree, it sang there for about 30 seconds and flew off into the woods. I got awful photos as i'd moved a fair ways off but no mistaking the song and the bird! A new bird for the woodlands too I think.

Closer to work I saw my first patch Swallows of the year last week, they nest on a farm nearby. These were followed not long after by the first Swift over my house late evening Friday with two more joining it by Sunday and the familiar screaming began.

The past few evenings we have been watching 2 or 3 Pipestrelle Bats flying low around the garden, watching them from an upstairs window they are eye level and with it barely being dusk there has been some amazing views of them. I tried to get some shots but they are just too quick!

The garden has been a haven for Starling and Sparrows recently, they spend a lot of time in the bird bath or at the feeders. From the constant noise in the nearby trees i'm hoping there will be some young fledgings shortly. The Hedgehog is a regular visitor I don't always see it but there is fresh poop around the feeder most mornings. The foxes, which were waking me up nightly have fallen silent the past few days, which I'm not too mad about! 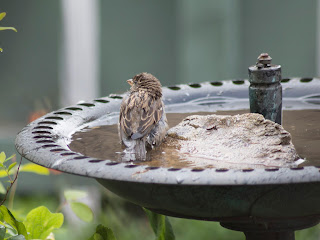 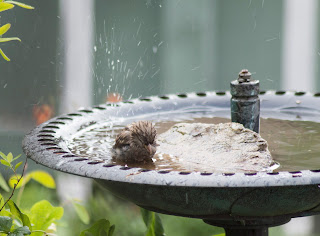 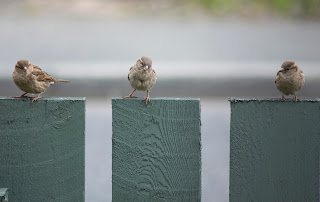 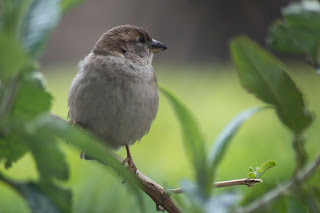 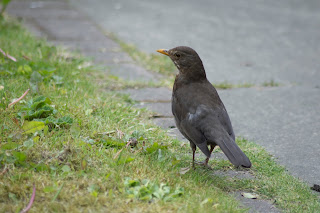 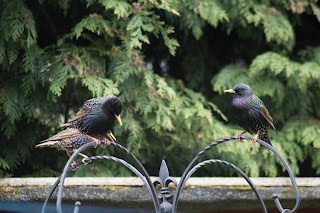 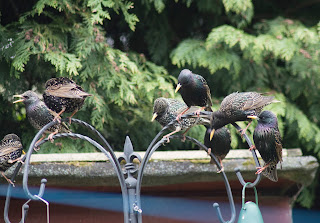 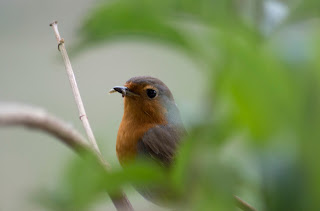 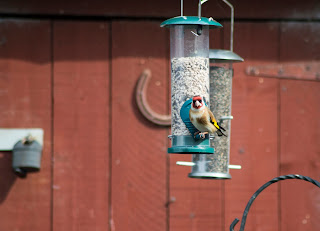 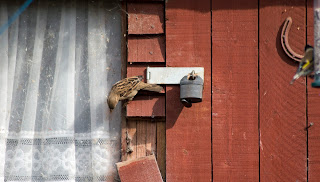 Yesterday afternoon along with the Swifts, I was serenaded for some time by a Mistle Thrush singing from the top of a nearby tree, perfect accompaniment whilst I caught up with some reading! 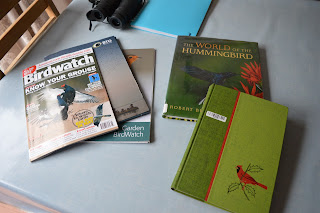