I decided to take part in the Ebird Global Big Day on Saturday, although it didn't quite go to plan as my husband was working so no car and having to rely on public transport was not ideal!

Still me and my daughter headed out regardless, the weather was fine, she wasn't moaning about being dragged out early and all was good. I decided on Golden Acre as there's Adel Dam and Breary Marsh alongside it and it isn't difficult to get to on the bus. The added bonus is the bus goes past Leeds uni and the Peregrine Falcons that reside there. I managed to spot one on the tower, a nice tick to add to the slowly growing list.

We counted up the birds around the edge of the lake and then had to pause after a slip which involved a foot ankle deep in the lake (not mine!). Thank goodness i'm prepared for anything, one plastic bag later we were back on track. The Greylag and farmyard geese were quite interested in the goings on, sauntering over to check out (laugh) at the wet foot. 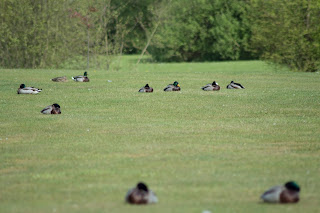 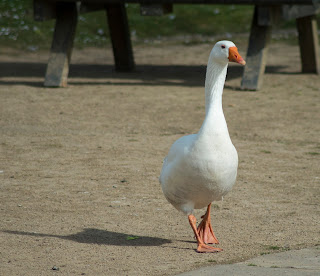 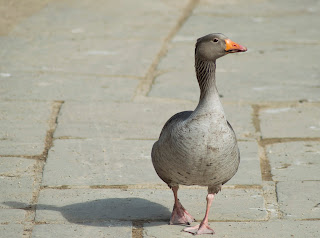 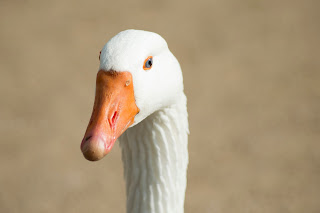 Such a gorgeous colour 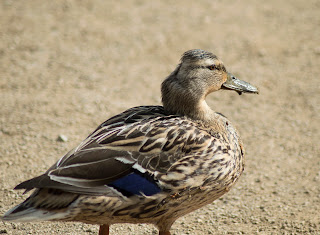 This duck was missing a chunk of feather

I spotted a Robin gathering nest materials, a Great Tit and Nutchatch in the trees and could hear my first of several Chiffchaff through the day.

On to Adel Dam and we spent a while sat in the hide watching a steady stream of birds - Jay, M&F GS Woodpecker, Nuthatch,Great & Blue Tit, Jackdaw, Chaffinch, Mallard, Moorhen, a Mandarin flew in and Squirrels and a Rabbit were running around too. 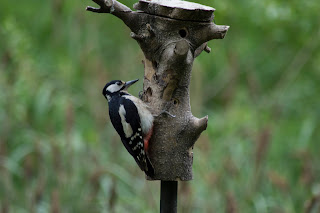 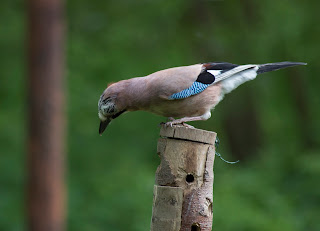 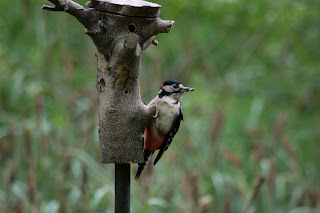 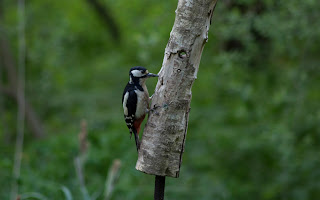 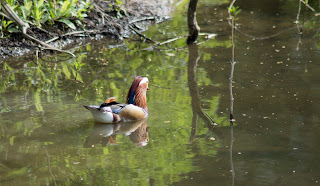 At the lake hide we saw our first ducklings of the day, three families of different sizes. Of to the side another Woodpecker and Jay. I heard a call and a Kingfisher was flying across the lake, it landed briefly on a bush at the back and then disappeared into the trees. I realised it was my first of the year. Overhead a pair of Red Kites flew about. Moving on we watched the Swallows flying amongst the sheep in the field alongside the woods. 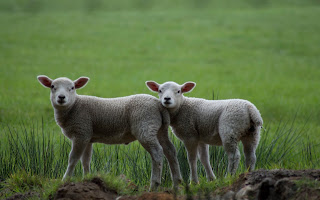 These sheep watched us!

A pair of Buzzards flew low above our heads and over the woods. Very nice!

Back in the park we stopped for lunch at the cafe and had to go for dessert as well, keep up the energy with all the walking......

A few Swifts were flying about over the park, another Buzzard too.We spotted Coal Tit and Nuthatch nests.

We used the underpass to go on to Breary Marsh. There were lots of Bluebells here. I got a text at this point from my husband who'd seen a Barn Owl whilst out with work. A little bit of cursing (in my head) at that, it's a bit of a bogie bird for me, I haven't seen one since I was a child and we used to get them near home. Oh well, no owls for me (despite scanning every nook and cranny, wall and field just in case). 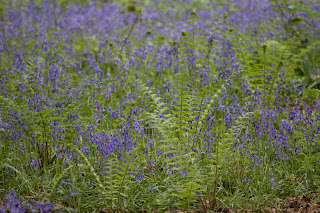 Through the woods we heard Chiffchaff, Blackbird, Robin,the odd Woodpigeon. They've tided up the banking by Paul's Pond since we were last here and all the trees/bushes have gone. Our only Tufted Ducks of the day were on the pond, 6 pairs of them. A Mallard had a couple of chicks and there was a lone Swan. 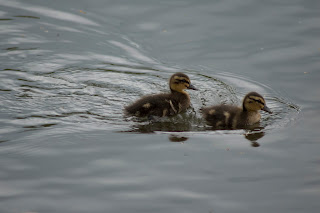 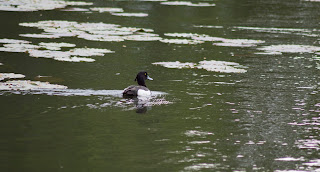 As we watched the ducklings I had a feeling of being watched and looked around to see a Jackdaw on a dead tree right behind us. 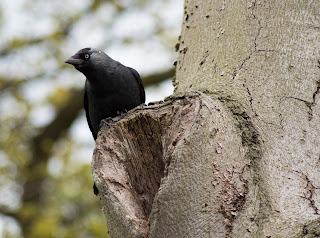 Hearing a constant cheeping by the path we stood a moment to try and spot the bird and this young Robin popped up out of the bushes. 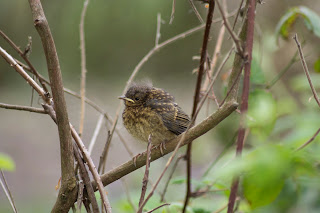 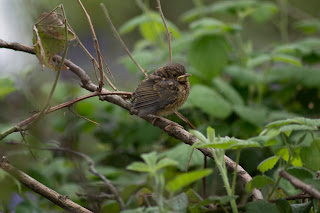 We were both flagging at this point, my back still struggles with walking distances especially when i'm carrying a bag and the 11 yr old was getting in practise for her teen years. Though to be fair I had just told her that we were going to walk up through Churwell woods on the way home, I was on the verge of saying ok we'll just go straight home myself!

Two buses and a rest and we were both up for the walk though. It was a lot warmer here and we took a nice steady walk. The woods were blooming with Hawthorn and Bluebells, Peacock and Speckled Wood were flying around. My daughter spotted a Nuthatch in the trees - a new patch tick! 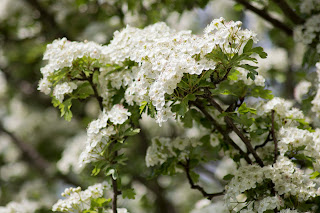 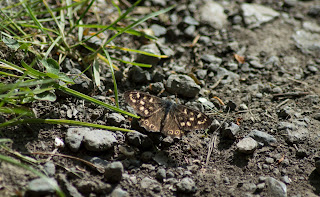 When I checked my lists we saw 37 species all day. Not the most amazing amount and really not a big day but with the limits we had it could have been worse. Plus it's good spending time with my daughter while she still wants to! 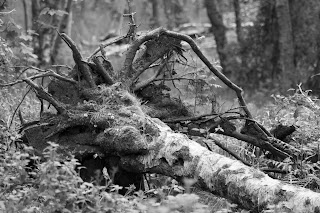 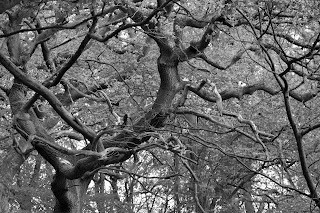 Next time i'll be a bit more organised and we'll hit the road early, by then my back should much improved too.
Posted by Pam at 22:26