Last Monday as I left for work I could see a flock of Starlings screeching around a car park near home and as I got closer the screeching got worse. A couple of Magpies were hopping off a fence and flying at a bush then I realised that most of the noise was coming from a Sparrowhawk in the bush. It had a Starling (still alive) in its claws and the Magpies were not happy!

I had grabbed my camera as i'd been planning on taking a few photos as I walked through the local park so I managed to grab a few shots of the angry exchanges. The hawk was not giving up its grip on the Starling so every time a Magpie flew at it, it swung itself at them snapping it's beak.

Unfortunately it seemed quite a stand off that I couldn't wait for the end of or i'd be late for work (I know, I know I should have stayed), I was in fact a little late but hey ho. The photos I got give a pretty good idea of what was happening. 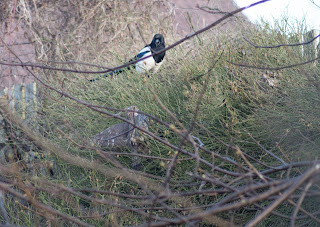 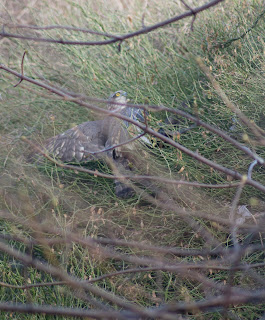 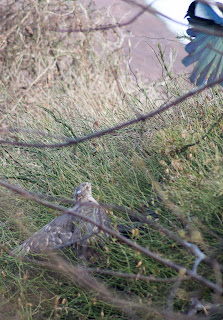 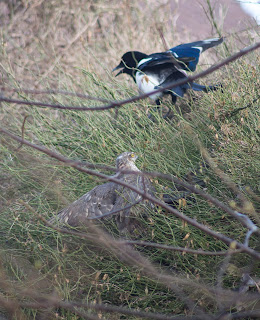 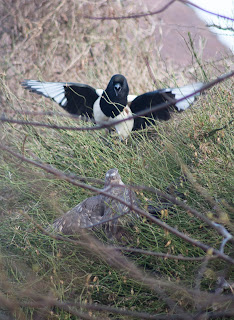 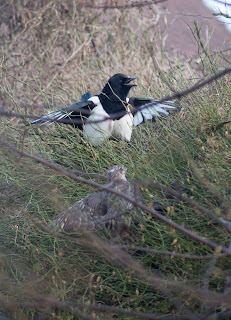 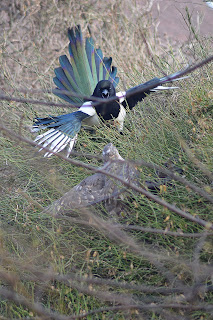 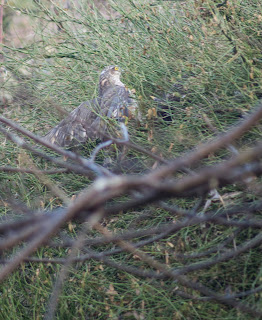 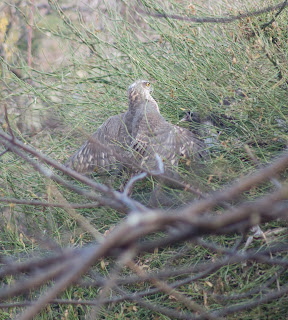 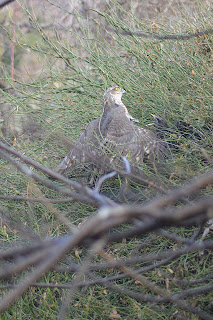 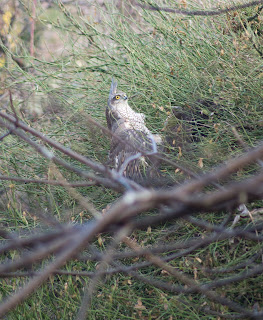